Eclipse began with our first black and white exercise, after we had begun to read Chip Kidd.  It was almost entirely influenced by my want to use negative and positive space heavily within a game. 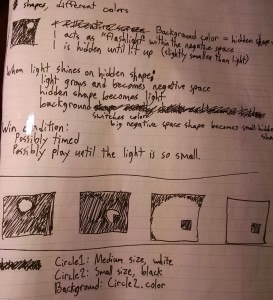 Here’s my first entry for it in my sketchbook.  At first I thought it’d include multiple shapes, and perhaps a time or size limit.

However, in the beginning the game was very simple.

You play the circle on an otherwise empty screen. 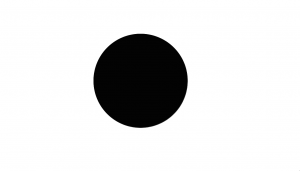 There’s a smaller circle, camouflaged by the background, roaming around semi-randomly.  The only parts of the roamer you can see are those overlapping with your circle. 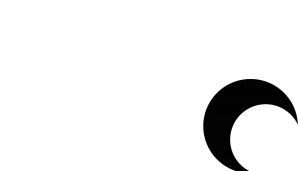 If you manage to envelop the circle, your old circle expands to become the background, and you become what used to be the roamer. 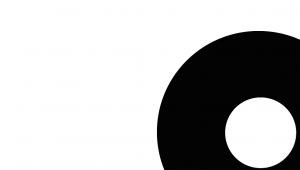 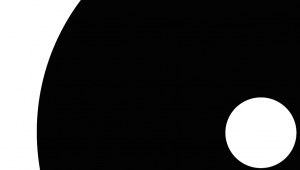 Eventually, as the circles become smaller, it becomes exceedingly difficult to find the roamer. 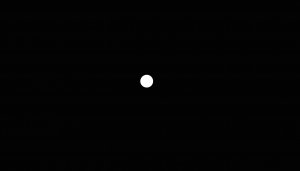 And that is where I ended my first draft.