I felt there was really something to Eclipse as soon as I threw it on the tablet.  I spent a good half hour playing it, seeing how tiny the circles might become.  Some other people also played it, and they also were quite motivated to play for a while.

However, some concerns were expressed.  First, the “random” probably wasn’t quite right for the game.  (If one kept the circle in the middle long enough, the roamer would almost always find its mark.) 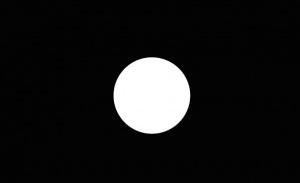 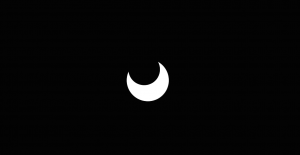 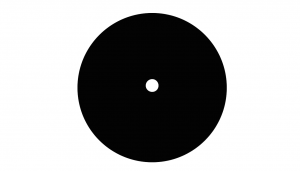 Along with the centering issue, multiple people commented that it became more and more frustrating as you played and the circle got smaller.  While it led to an intuitive goal, there was no end.  One could perceivably go until the the roamer was but a pixel, but that would take an inordinate amount of patience and effort, and wouldn’t be fun in the slightest.

This ended in people suggesting to give the game an end, and to have some sort of scoring.  That proved difficult, however, so first I worked on the randomness of the roamer, and thought about adding things such as a timer, some sound, and some color.

The timer felt cheap, though, and I couldn’t find good music or sounds to go with Eclipse, so I focused on color. 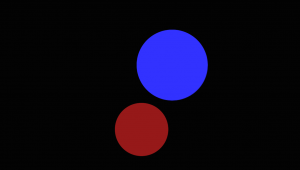 But it turns out that the overlapping wasn’t as easily coded as it seemed in my head.

Not to be discouraged, I decided to add some more features, hoping that something would yield new insight into how to make this a more fun game.

After I added some extra circles for the sake of of adding colors, though… 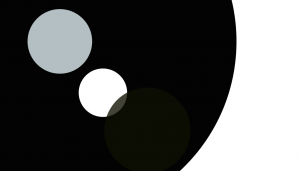 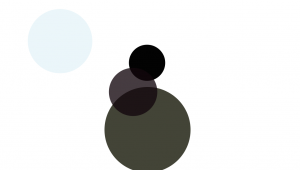 I came to realize that I probably should have just kept things simple, and perhaps started a new game for conference instead.