Despite the fact this class doesn’t use the traditional conference formula Neon Rush has been closer to the regular conference projects.

Going all the way back to the beginning of the semester is when the design process started from chameleon. A game based around color changing and a lot of hectic movement on screen. The game changed a lot when we shifted to back and white and really emphasized the hectic movement and speed of the game. Getting a lot of inspiration from the game Ikaruga which is know for it’s difficulty. 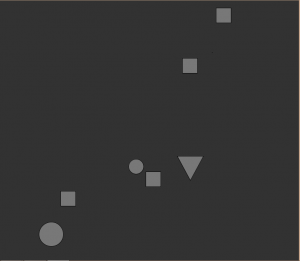 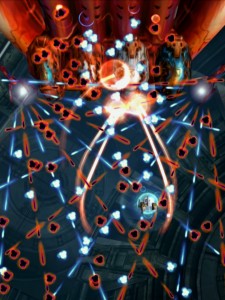 When looking at improving the game for conference I wanted to increase what was already fun about. Namely the hectic nature of it. I also wanted to bring color back to the design. The best way to accomplish this was to me implementing the series of particle systems we learned about. 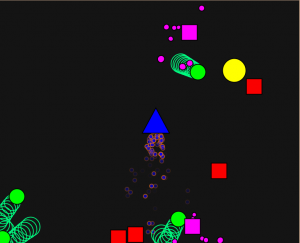 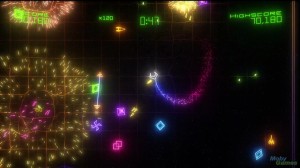 The colors i went with were entirely basic to keep everything contrasted to avoid mix up between objects as well as livening up the atmosphere. I was going for a Geometry Wars feel of simplicity but bright and engaging. Giving the player standard particle spew the wanted objects a trail of rings so that you could follow where an object is and where it was.

The solar system style of particle is the first new addition to the game. Two vortexes at the ends of the screen are different from the rest of the objects in that they are not related to a good or bad scenario. All they do is move the player to a random location in the middle of the screen which can be either a bad thing or a good thing. I liked adding this entirely optional section to game play. It adds a different way of approaching the game.

The only other change was something that i ended up reverting. I originally wanted to change the movement of the player to a vector based system but after having done it i found that it made dragging the really only option where as in The only movement format of easing both dragging and tap were both viable ways to play and also played differently. This was a decision i went back and forth on a few times but am happy I decided to revert the change despite  the time I put into the code. 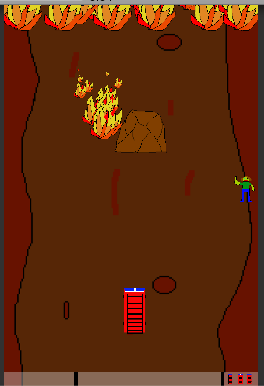 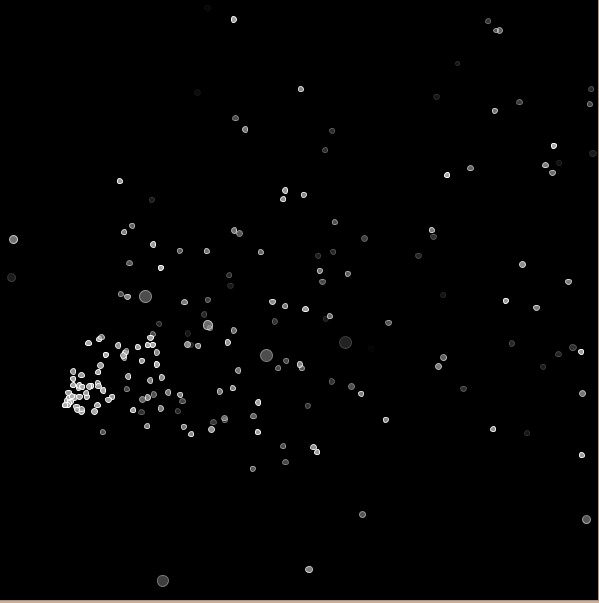 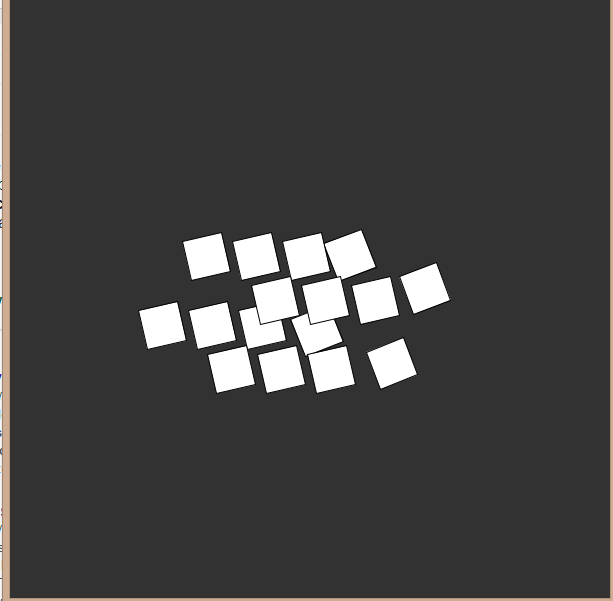