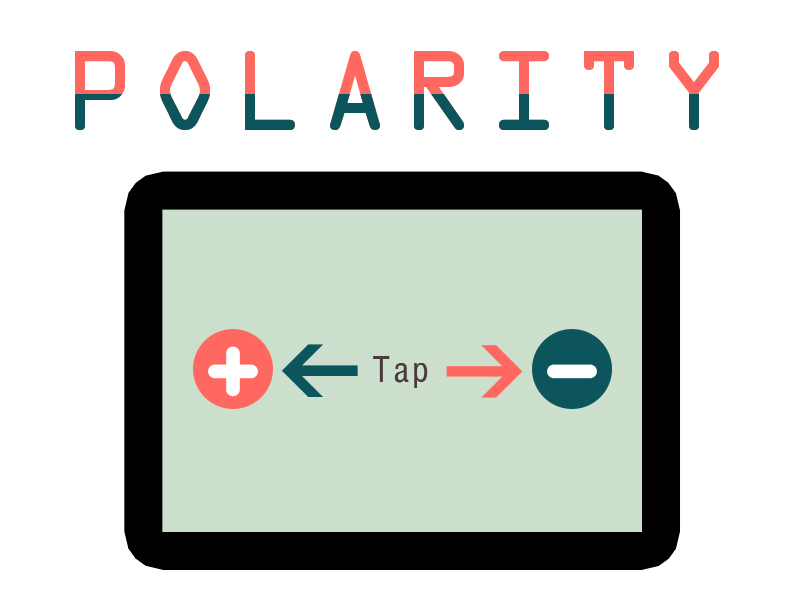 For group game 2, Silas and I are working on a game called Polarity. The image above shows the design concept of this game, which is switching polarities to create diverse movements. For the basic game mechanics, please check out this post.

Since this game was originally conceptualized for its game mechanism, during the design process it started to tilt towards a puzzle, so creating a narrative became a challenge. In order to incorporate a bad guy, first we decided to visualize the timer. Instead of having a countdown, a wall will start moving from the left to occupy the playable space. This wall also serves as a giant magnet that attracts other particles and neutralize them so that the player will have less force to reach the target.

To create diverse multiple encounters, we decided to have the wall/giant magnet act differently in each level. For example, it can adopt different shape, including ones that have a channel in the center, which will not only transform play strategy, but may also influence the goal of a specific level.  Since the behavior of the wall would change, it will give each level an endogenous meaning while creating diverse and challenging game play.

Though the wall will perform the “bad thing,” it may not be expressive enough to carry a whole narrative; therefore we decided to create a real bad guy and make the wall a weapon that he uses. As Jenkins mentioned in “Game Design as Narrative Architecture”, the conflict between interactivity and narrative is often solved by incorporating spatial stories and environmental storytelling into the endogenous world. In the case of our game, the bad guy need to appear in the winning zone (on the right), where he can hold the object that the player is chasing after. Meanwhile he needs to control the movement of the wall, which starts from the left. This spatial separation inspired us to have a chain that goes across the screen, and the “bad thing” is therefore transferred to the bad guy, because he becomes the one pulling. 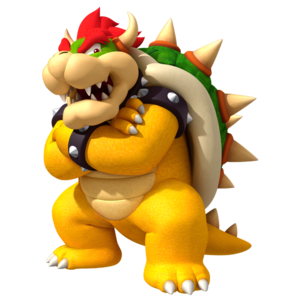 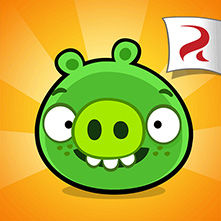 On the mechanism level, the bad guy does not have any direct encounter with the player. However, he is crucial for a thorough narrative across levels. During the design process, we have discovered similar bad guys in other games who do not have direct collisions with the player. For example, Bowser Koopa in Super Mario often only appear at the end of each level to kidnap the princess to another castle; In Angry Bird, the pig performs bad things only in the cut-scene narratives and do not actually encounters the bird. To a certain extent, those bad guys are giving meanings to the spatial environment. Similarly in the case of our game, the story will be an enacted narrative, which uses features of the environment to move through the plot trajectory. 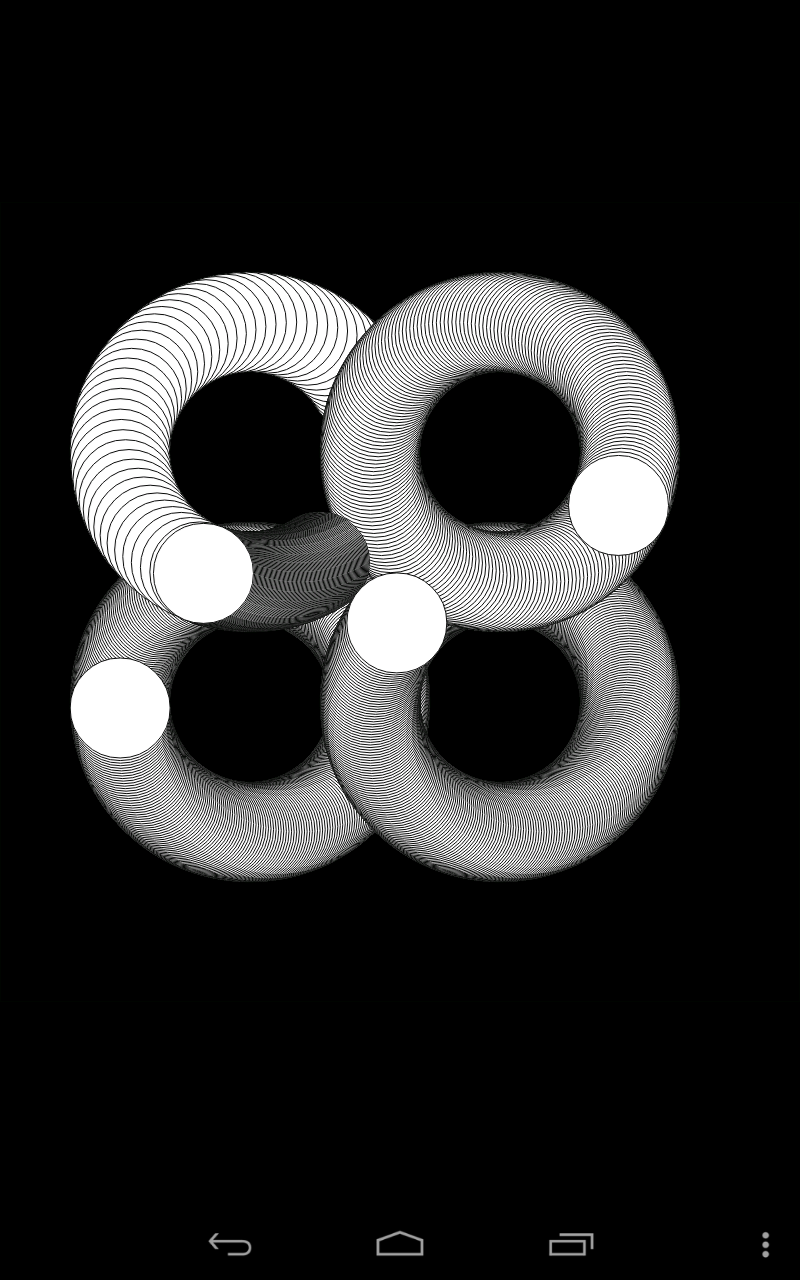 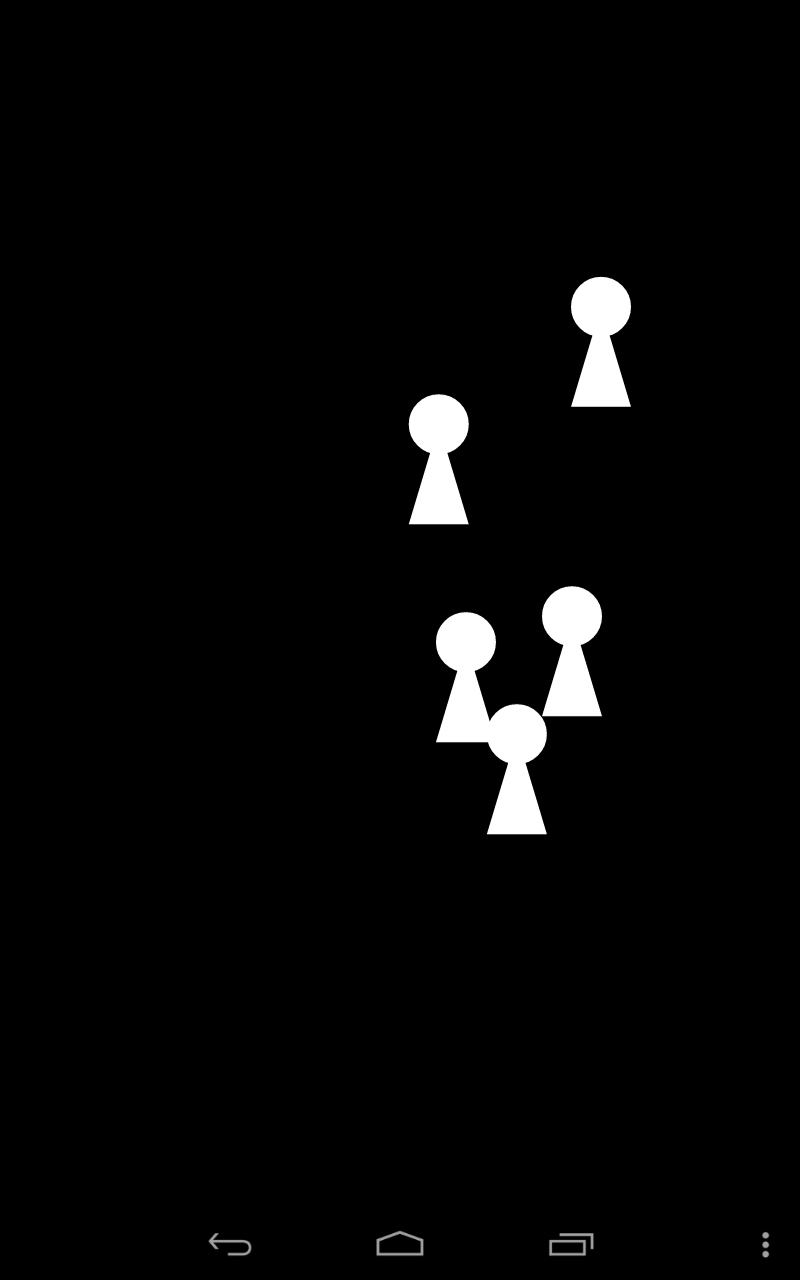 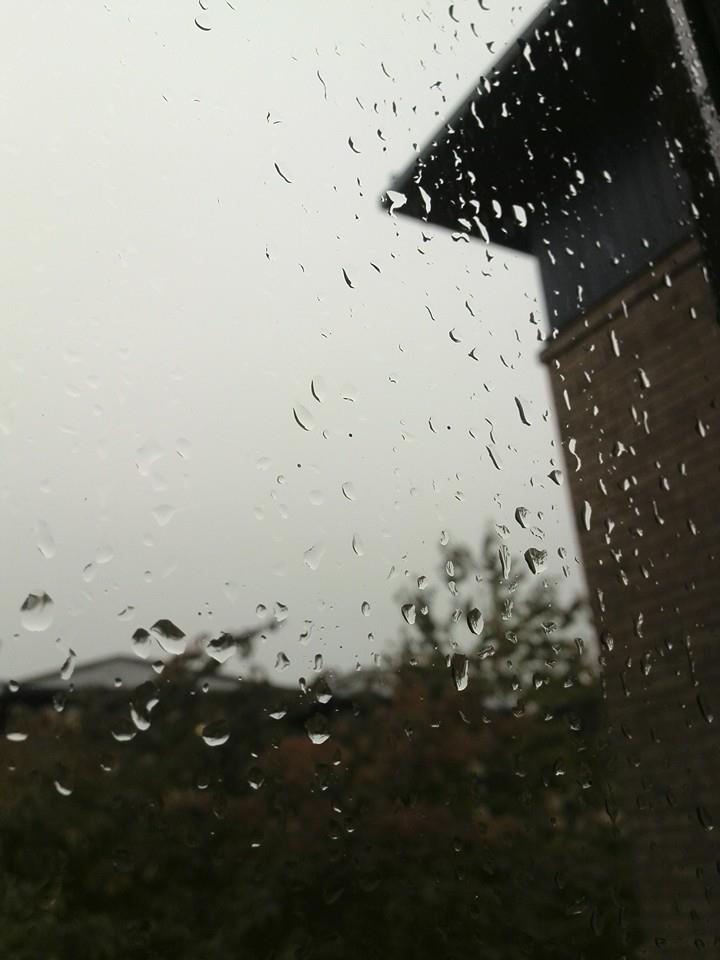 Games from Nothing: Conference Post #2 — A Cup of Rain