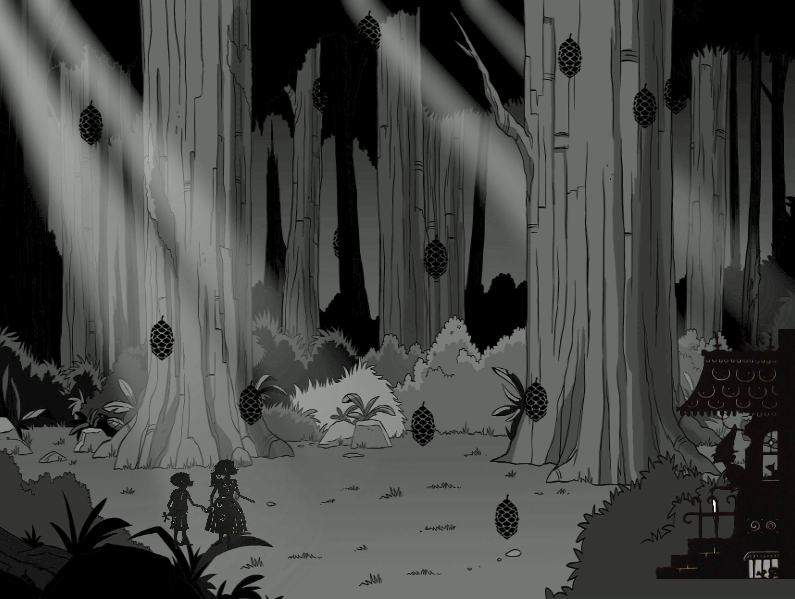 Our game follows Hansel and Gretel as they are getting closer to a Witch and her house. The game is black and white, and it gives the impression that something bad is about to happen.  Their trip is made harder by the falling cones, which sends player back to the start. The witch is waiting in her house. The controls are very simple and the player controls both Hansel and Gretel as they are moving together to the house.  The main goal is to arrive into the Witch house and not get hit by the cones. 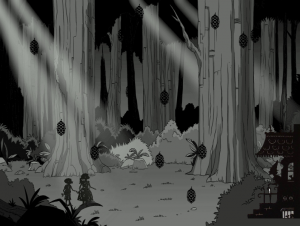 When both Hansel and Gretel arrive to the house, the sign “You win.. for now” appears on the screen indicating that the player has successfully passed the first stage, it also implies that there is no real win since the trouble really starts at the witch house. 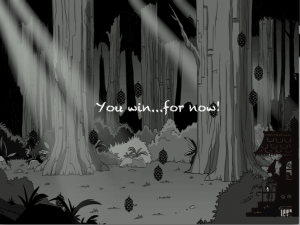 The game is looking just the way we wanted it to look, dark shadows really giving the sence of something bad about to happen.

The game is designed as a two level game and we are hoping that we will finish the second stage as well. The second stage is supposed to see the players in the witch house, where Hansel will be trapped in the cage, and Gretel will have to push the witch in the fire.