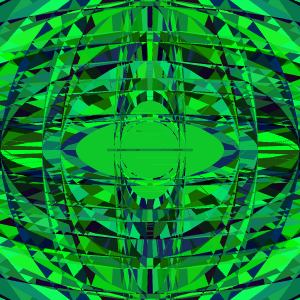 Philip Galantner defines Generative Art as being “set into motion with some degree of autonomy,” resulting in the completion of the art. If autonomy is key in defining generative art, the presence of interactions raises the question of whether the two can exist. To allow a piecer to interact with a piece of art is to give them a certain degree of dominion over it, and thus theoretically undermines the system’s ability to be autonomous. How exactly can a system be autonomous and also interactive?

Using digital systems, specifically processing, is what I aim to use in order to remedy this opposition of ideals. For me increasing the variables and “moving” parts of a processing sketch to such a degree that system autonomy is greater even when an interactor is brought into the picture. And on the subject of variables I believe the interactor presents an interesting variable in the already convoluted relationship between autonomous program and artist. Just as the artist want so create a piece without controlling it in a way that removes autonomy, the interactor must control the artwork without removing the autonomy. To figure out exactly how I wanted to explore this relationship I looked towards some interactive artworks I had read about and seen in the past.

One such piece is Sunflower Seeds by Ai Weiwei, wherein a room(pictured below) was filled with porcelain sunflower seeds and interactors were brought in to explore the space. Interactors were allowed to touch the seeds and walk on them, experiencing the touch and being to live in the space and artwork. 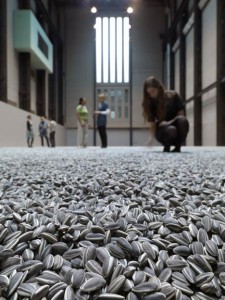 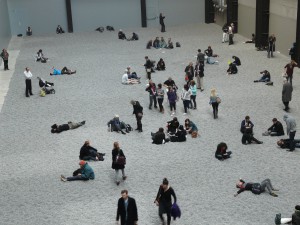 What really speaks to me about this work is how people can enter the art and consider themself a part of it. Looking back to projector night and specifically the room me and my colleagues were in, I thoroughly regret how the viewer made sure not to enter the projections. I appreciate the respect to our work but believe a huge opportunity was being lost. Paintings are beautiful forms of art that typical viewers cannot touch, which is where I see waste as far as projections are concerned. Viewers can literally stick their hands in projections and meld with the artwork in a way that is not available with other forms of art. However, as mentioned before for the viewer to really enjoy entering the projection there might need to be a degree of non-randomness that fits immersion, which would counteract and perhaps remove autonomy. I then look towards Swings by Ann Hamilton(pictured below), which is a huge interactive art piece with enormous swings that viewers were encouraged to ride on. 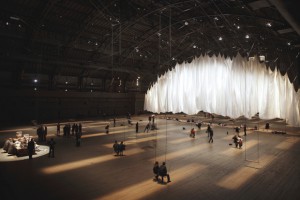 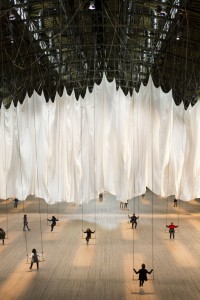 This work despite being interactive is something I ironically did not interact with despite my interest in it. Being a piece set in the Armory of New York City it was fairly crowded and finding an open swing was hard, but inserting myself into the artwork that I had been marveling at was a daunting wall that I was not able to overcome. There was a beauty to seeing these anonymous bodies floating in beams of light, and viewing myself as one of them was scary. Keeping this in mind, I hope to be able to draw people into interactions with my programs in ways that I hope will push the boundaries of what generative art can be what systems generation can stem from.

Perhaps the most obvious choice for a computer centered system like processing is using the keyboard, which I have elected to do. How exactly the keyboard is used however is something I believe can be pivotal in making the piece interactive without losing generativity. For the first created piece for this conference, I have attempted to group keys into logical groupings but not in such a way that the viewer will immediately be able to fully understand and perfectly control all the associated variables.

Neptune, pictured below, is a sketch involving a loop of spheres “folded” into each other using scale. I alter the baseline(below top left), in four ways. The first is rotation, controlled by the ‘w’, ‘e’, ‘r’, ‘t’, and ‘y’ keys to reset, initiate, increase, direct clockwise, and direct counterclockwise rotation respectively. Second is boundaries, which refers to the upwards limits of the three loops that control the x, y, and z amounts of the spheres. For this I use the ‘j’, ‘k’, and ‘l’ keys which increase the “boundary” of the x, z, and y loops respectively. For example “l” key is pressed to increase the y loop(pictured below top center). Third are the keys that alter dimension, increasing the amount that the circles are scaled by. The ‘b’, ‘n’, and ‘m’ keys are used, altering the x, z, and y amounts of scale respectively(The x dimension being altered is pictured below top right). Of course to give the system autonomy and allow for interaction between differing variables, all of these dimensions and boundaries can be altered at once(resulting in a shape similar to that picture below bottom left). The spacebar also lowers all the dimension and boundary values, moving the sketch towards a reset of the interactive changes. Fourth and finally are six colors keys, split into two sections. The first section, ‘a’, ‘s’, and ‘d’ are used to set the sketch to color sets. These color sets are ruby, emerald(the default for the sketch), amethyst, and diamond respective to the previously mentioned keys, with the colors being reds, greens, purples, and all colors(below bottom right is the amethyst color scheme, the rest are emerald). The final set are the ‘z’, ‘x’, and ‘c’ keys that increase the red, green, and blue amounts are factored into the fill of the shape. 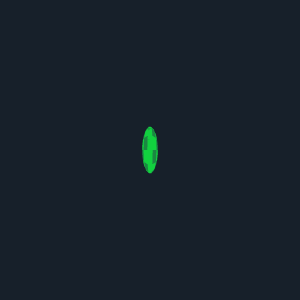 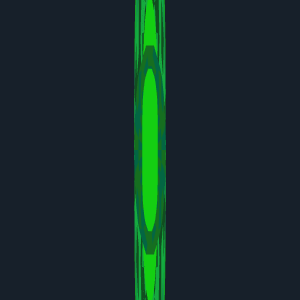 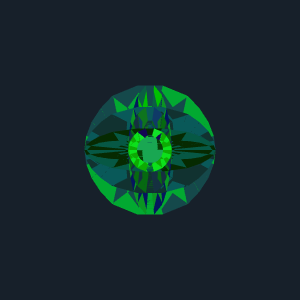 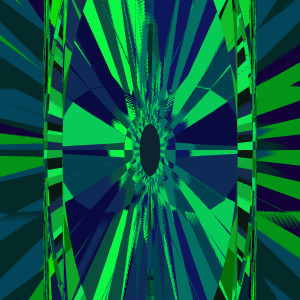 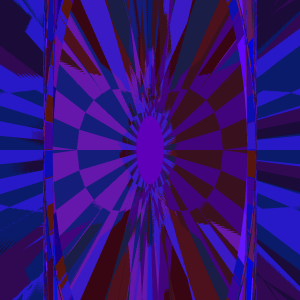 Neptune is a solid base I intend to both base my other works off of and also deviate. As far as continuations are concerned, the 3D shapes I use allow for three dimensions of change and alteration, which would not be apparent in 2D. Additionally the naming scheme of my artworks will likely follow a space theme to reflect this use of 3D and expansive nature of how my sketches work. I will likely continue to use keypresses, but might reverse or alter how the keys affect the sketch. In Neptune the keys expanded on various parts, whereas a different and opposite route could be have an expanded sketch where the key presses instead limit the sketch (again this is dangerous in terms of autonomy but I would like to attempt it).  There also is the question of how the sketches transform aesthetically, for me the color changes are vastly different than the dimension and shape changes. Color change for me is a minor and slow aesthetic change whereas the dimension shifting is a dynamic shape change. I intend to consider these facets in producing the rest of my conference, and hope to create an array of art pieces that fully explore the relationship between interactivity and autonomous systems in generative art.