When I initially thought about what I wanted to do for my interpretation of the kinetic text prompt, I knew I wanted to work with a specific event from my life. I knew that the context gave a dynamic, dramatic sort of scaffold for me to work with. I decided to interpret my experiences with LSD through a digital lens.

I started by choosing a song; I wanted something that conveyed the somber and hallucinatory nature of the story that I was telling. I went with The Haxan Cloak’s track Excavation Part 2; a pessimistic, dark ambient and electronic funeral dirge.

I normally operate best via experimentation, and have difficulty constructing schematics or storyboards for this assignment, so my workflow was slightly affected. As I set out to create this grim revisiting of an incredibly traumatic period of time, I began to organize in my head the way that I wanted to begin. 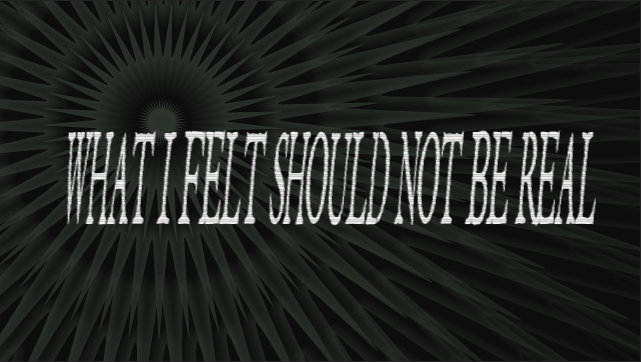 I began by adding the Radio Waves effect to a black solid and began tweaking the settings. The wave type was set to polygon and the star option was set to on; the color was set to a dark green. I then thought about creating an introductory sequence for the text.  I stacked multiple effects on these initial phrases, which created the scan line transition and slight oscillation of the letters as well as the flashing opacity. The text talks of trauma and insanity; the madness and mania that one experiences under a powerful drug like LSD. 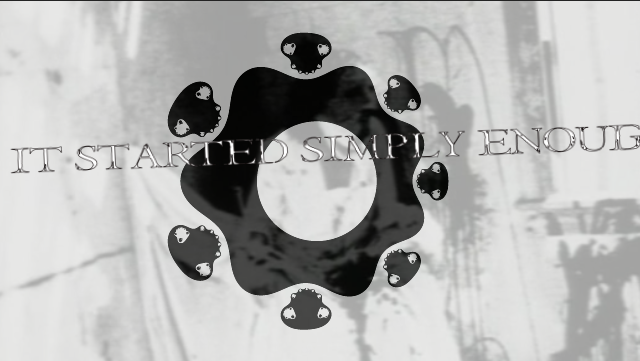 The obvious next step was to work with fractals. I positioned a new layer in my timeline and added the Fractal effect. I set the “set choice” option to Julia Inverse and the equation to “z = z^7 + c” and keyframed the post-inversion offset to generate the fractal in this frame. By serendipitous chance, this created the elements on the perimeter of the fractal which bear resemblance to human skulls. The narrative was now moving into more concrete territory; I began to map out from memory what happened to me in a succinct and unsettling manner. I wanted a darker atmosphere to fill up the negative space and added the image that you see in the back. This image to me conveys the motif of suffering which appears repeatedly in the project. I used an effect called Wiggle to make the text shake and stutter, adding motion to compliment the stillness of the backdrop. I faded to black in order to provide some space for the transition. I kept the text as an element superimposed over the temporary black layer for the several seconds to ease into the next slide. 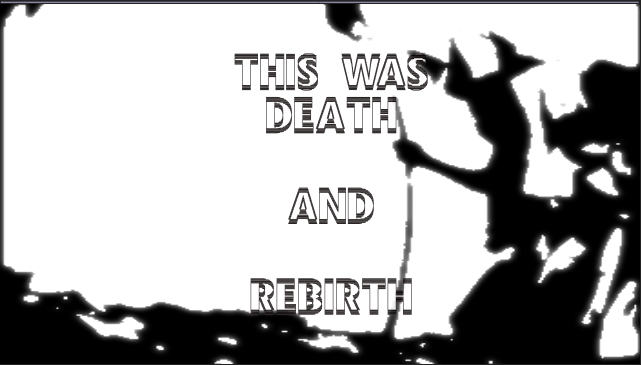 The next phase of the project involves another backdrop; over-saturated, luminescent, and flashing. I changed the text to avoid overly repeating the same elements. I used CC Threshold to reduce the detail to a harsh black and white. I also added a glow effect to create the strong contrast between colors. The first bit of text changes in opacity and transitions into frame using an animation preset called Venetian blinds and then fades out. The other bits of text are static; without another element in motion (the fractals in the last scene), I wanted things to remain largely static. This part of the project comes at a point in the song where elements are taken away to add tension, so I followed suit by creating a visual compliment to its qualities. 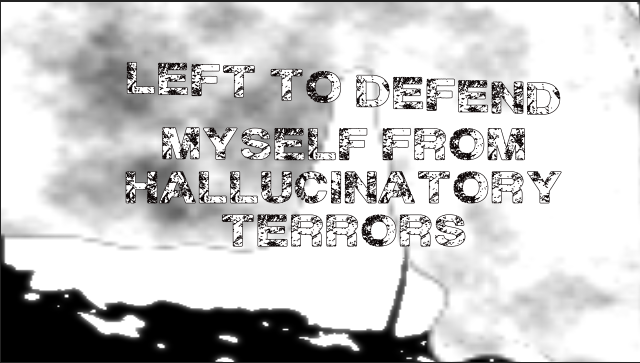 This part of the project serves as a sort of climax; at this point in the story, the drug has kicked in and I was lost in a reality where time and space as I knew it were subject to hallucinatory editing. I aspired for this section to be the most aesthetically bizarre to reflect the sensory overload I had experienced. I superimposed a new layer over the last image to make for some visually interesting results.I took an image of a shrouded figure standing over a cliff and added CC Blobbylize, which gave the entity a more amorphous, unrecognizable visage. CC Threshold was utilized again, to the same effect. Fractal Noise and Turbulent Noise made for the dreary cloudlike imagery which oscillates in the background. I used various animation presets to make the text jitter and explode into frame, keeping the motion of the project moving and adding dynamics.

I wanted to generate feelings of isolation and dread; my goal was to interpret my experience through a digital lens; a dark looking glass through which we can see the unspeakable. I’m proud of this work, and it carries a deep personal meaning for me about the nature of our reality. I was very excited to share this work with others, and am ecstatic to have gained so much experience from this project.