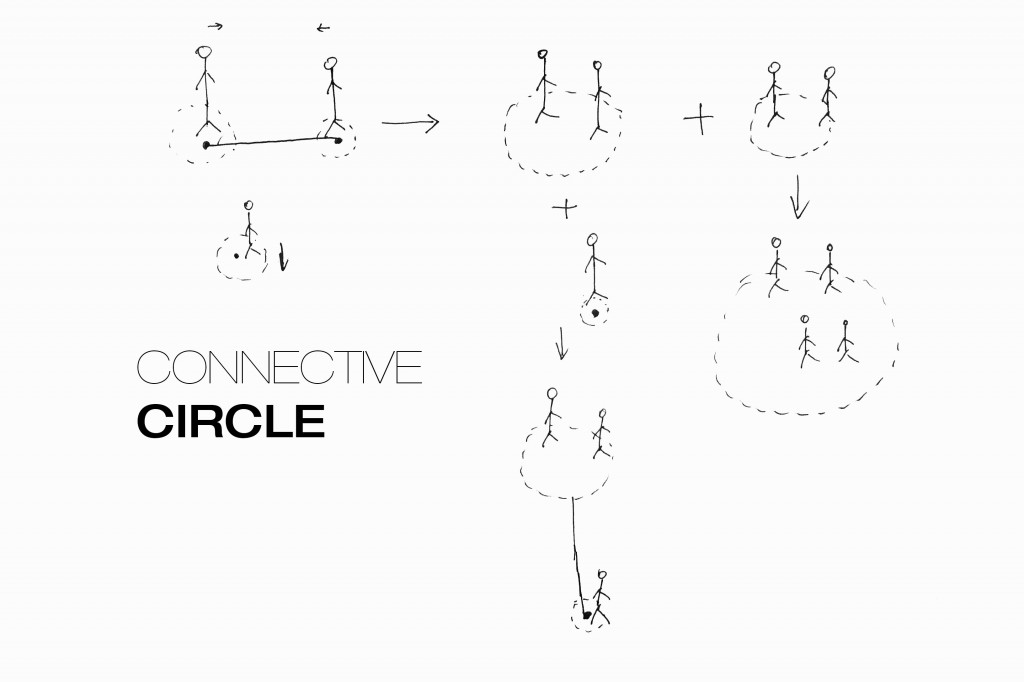 When you walk into Heimbold a circle underneath your feet will appear and visually connect your personal circle to the other circles (people standing) in the room. Our program will do this by displaying lines between people. The longer you stand somewhere the larger your circle gets. When you have a conversation with someone your two circles will grow and become one circle. If there is two groups of people talking eventually their individual group circles will merge into one big circle. When someone moves away from a conversation circle their individual circle comes back, separate from the group, and the connecting lines reappear.

Displaying networks to people can disrupt the networks themselves. If one’s current situation is displayed, one may intend to change the situation in order to change the display just for the sake of having fun or curiosity. Hence, when people play with the circles and the lines, they naturally disrupt their networks.

Castell would like this because… It displays network. It shows you how many people you’re connected to by being in the same room and how many people you could interact with. It also includes everyone in the room, not just a selective, elite, group. He would also like this because when you are actually interacting with someone your circle merges and displays that connection. In addition, it forces people to step outside their usual network by creating a space to play and explore, as opposed to how they usually socialize under certain rules of the network. This program would end up creating conversations that wouldn’t usually happen. For example, if your group’s circle and other group’s circle combined then you would probably have a moment of interaction with them. 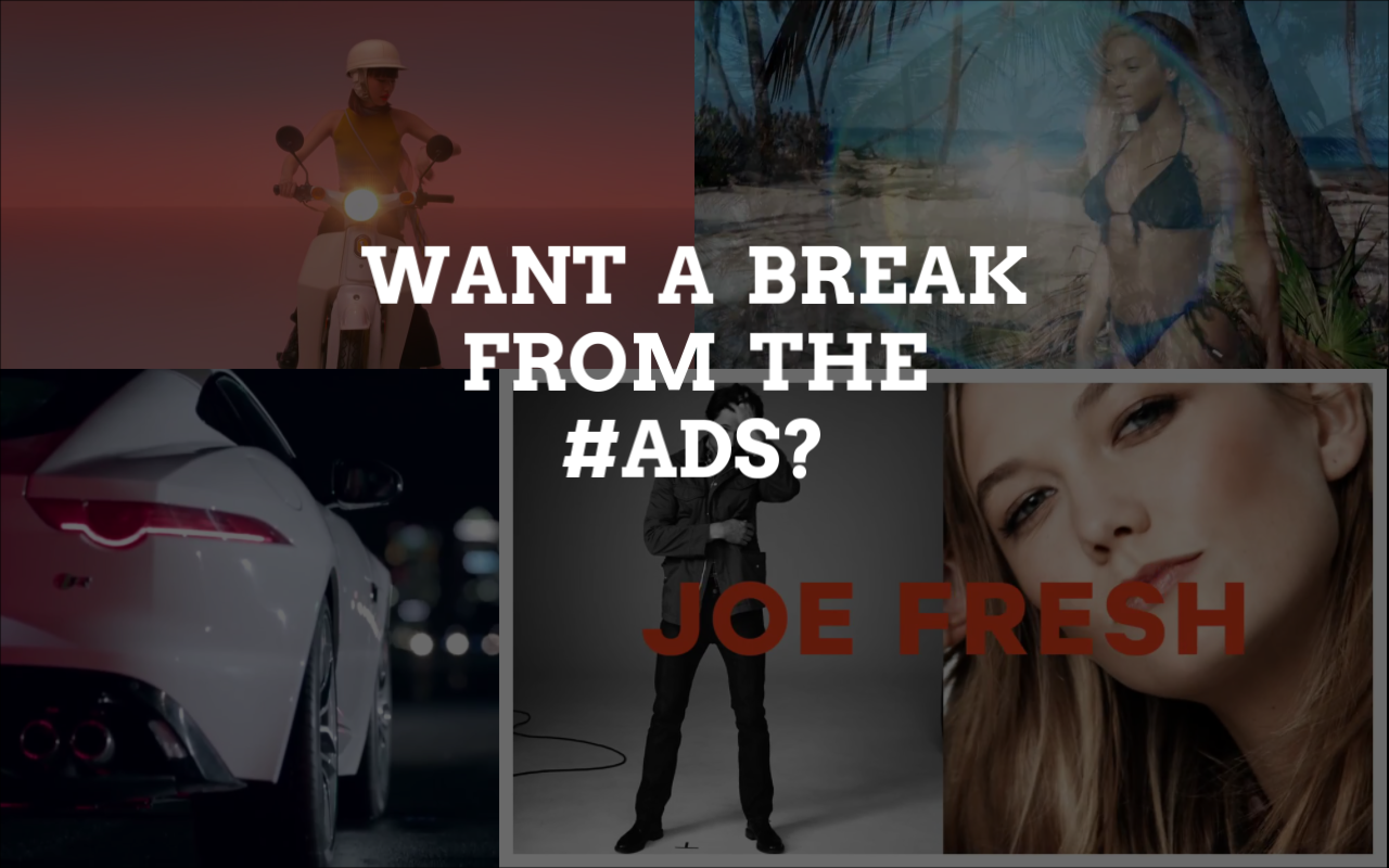 Interactive City: A Break from the Ads 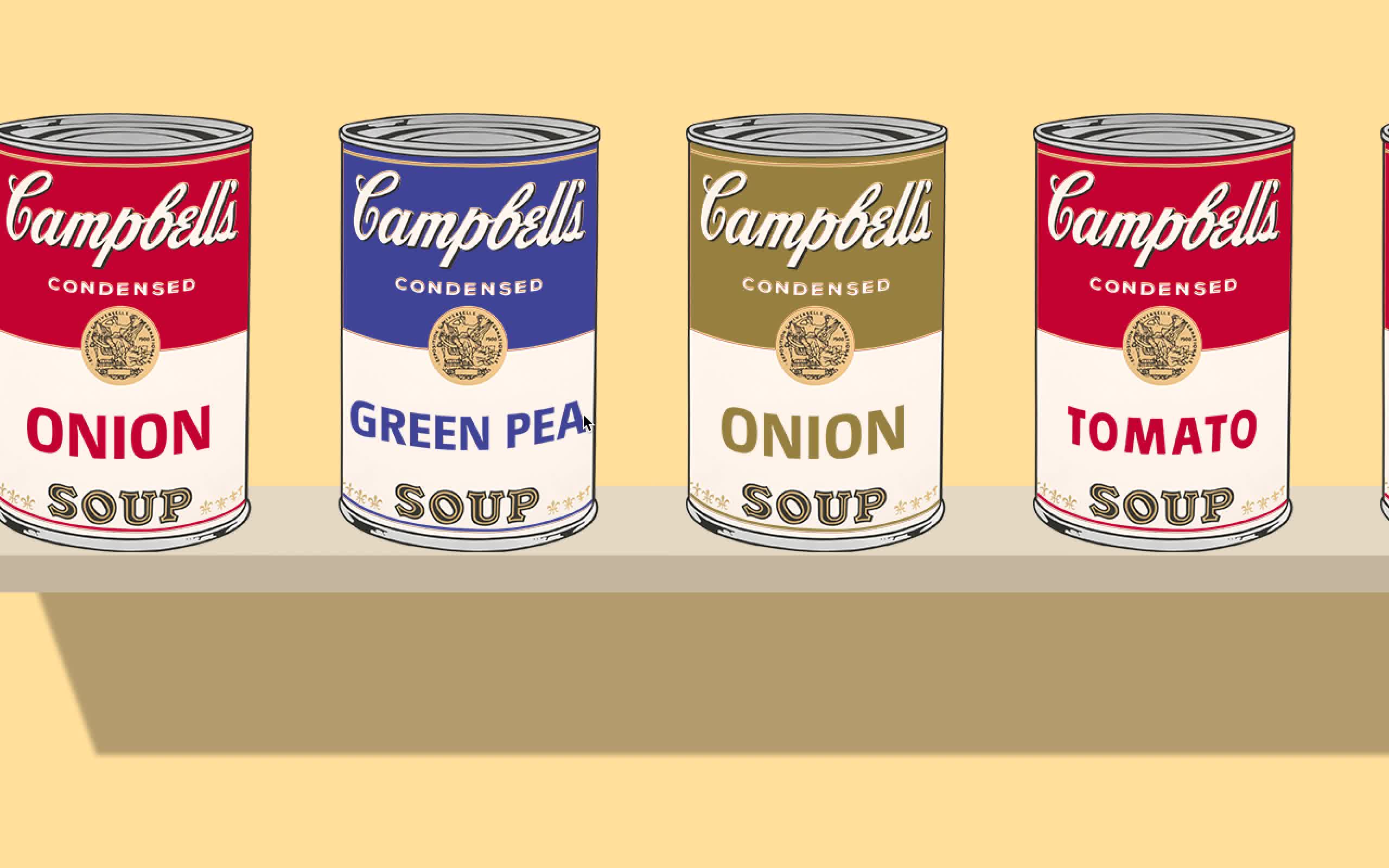 Interactive City: Color the Can