Mark Reed is an artist, educator and activist based in Brooklyn, New York. His creative practice is centered around collaborative processes, interventionist strategies, and public engagement. He has worked with numerous artists and art collectives, and in March 2012 he founded the Illuminator collective. Reed’s practice focuses on how artists and social activists can utilize video and other image technologies to produce works that advance the cause of the social, economic and environmental justice. The Illuminator art-activist collective is comprised of visual artists, educators, filmmakers and technologists living and working in New York City. They describes themselves as “The Illuminator: Shining a light on the urgent issues of our time”. Their projects are always interventional, that are exhibited in public spaces. These projects transform the cityscape and the streets from a space of passive consumption and transit into a site of engagement, conflict, and dialogue. In this sense, the Illuminator aligns with Debord’s critique of the passive spectator of society and invites people to participate and engage with urgent crisis that confront our present day society. The Illuminator was born out of the context of the Occupy Wall Street movement as part of the Low Lives: Occupy performance art event. Their numerous interventions in public spaces have been both geographical and virtual and have always been of participatory nature and strive to transform the nature of the street as something greater than simply a site of transit. In this way, like Blast Theory, The Illuminator create situations reminiscent of the Situationists, creating situations that take the art out of the gallery and bring it to the street.

Their first intervention took place on March 3rd 2012, as part of Low Lives: Occupy, an evening of online performance. The Illuminator set out for their journey driving across the city, in the Illuminator van, that they hacked with a projector at the top that could be tilted around to project from different angles. Their first top was at Liberty Square. They opened up The People’s Library, and shone the bright bat 99% signal across the surrounding buildings. They moved onto the Whitney, then back downtown, and made their way to the Cooper Union building on 3rd ave. They received that the Yes Man were holding an action at the Chase Bank on 6th ave and 4th street and so they went to meet them to join forces. As they were driving up 6th street, the bat sign shone on the wall above the bank as their music loudly rand from the Illuminator van. They stopped traffic and pulled over to open up their library again. People gathered and pulled books, stickers, posters and pamphlets off the shelves, people danced in the street as cars tried to drive around the “spectacle”. When the cops finally showed up and asked them to move, the Illuminator proudly rolled up 6th ave, projecting the 99% signal throughout Manhattan. The People’s Library is highly evocative of the Situationists’ concept of bringing the art out of the gallery and into the street. The Illuminator brought the books out of the library and into the street, for public use, promoting the idea of knowledge and education as something that should be free and accessible to all. The music they brought along with them added to the atmosphere of street “spectacle” and they succeeded in creating a wonderful and meaningful situation.

On an evening May 2015, the Illuminator launched their intervention “Guerilla Girls: Not Ready to Make Nice” to celebrate the 30th birthday of the Guerrilla Girls, who joined them in projecting their “Dear Art Collector Billionaire” project around Chelsea and onto the front of the brand new Whitney Museum, on the night of the museum’s opening block party. This intervention directly aligns the Illuminator with the Guy Debord and the Situationists by tackling the issue of elitism the art world. The message that was projected read: “Dear Art Collector: Art is sooo expensive! Even for billionaires! We completely understand why you can’t pay all your employees a living wage!” #poorartbillionaires The Gorilla Girls are famous for their ironic heavy criticisms of female representation in the art world. The Illuminator stood and still stand with the Gorilla Girls in addressing the issue of disparate costs and values apparent in the price of museums, the value of art, and the unlivable wages paid to museum and gallery staff. The Guerrilla Girls wore their gorilla masks and drove the van throughout Manhattan, to the Whitney museum. The Guerrilla Girls placed stickers around the city, on the big galleries, on the big museums and gave them out to people. The Guerrilla Girls and the Illuminator teamed up and successfully created a “détournement” by disrupting the spectacle.

On December 4th 2015, The Illuminator action “Visual AIDS” was launched around New York City, to address the AIDS epidemic, in which over 39 Million people have died of AIDS-related causes. Today, nearly just as many people are living with HIV, and the Illuminator recognizes that AIDS is not over. The Illuminator projected artworks onto the Guggenheim Museum, the Metropolitan Museum of Art, and the former site of St. Vincent’s Hospital. The intervention used art to fight AIDS by provoking dialogue and supporting HIV positive artists. This action stands in solidarity with HIV positive people, and was created out of the Illuminator’s commitment to fight the stigma these people still face today. The intervention was launched to commemorate A Day Without Art, part of the World Aids Day. The projected piece RADIANT PRESENCE by Visual Aids demonstrates their resilience of its artist members, homaging those who have passed, while also provoking dialogue about the needs and experiences of people living with HIV. This piece really speaks to the socio-politically driven aspect of The Illuminator’s interventional practices. “Visual AIDS” is an extremely powerful and important action, speaking to urgent issues and challenging the art world. For instance, one of the projections read “MY AIDS WON’T FIT IN YOUR MUSEUM”. The projection that read “AIDS ON GOING GOING ON” was displayed throughout Manhattan, raising awareness about the fact that the AIDS crisis is not over.

These three works prove The Illuminator’s socio-political artistic engagement and demonstrate the power of urban installations to shape a city and the city experience. The Illuminator use art as a tool to communicate and shed light on the most urgent issues of the present time, and do so in an engaging, thoughtful, provoking and participatory manner. The Illuminator collective understands the value and potential of art as a socio-political actor, and fights against the idea of keeping art and information inaccessible to the greater public. Their subversive methods prove their real engagement against the isolating and invisible system. 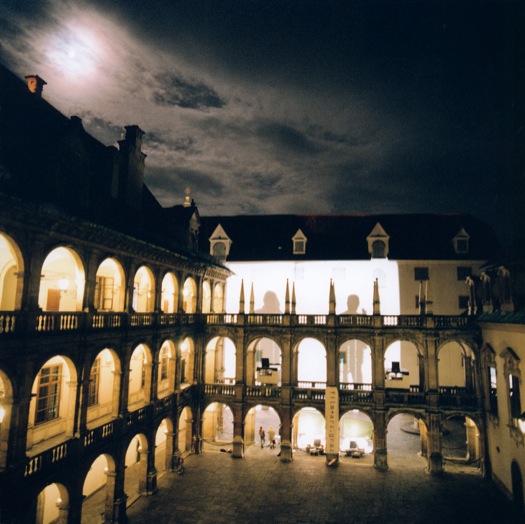 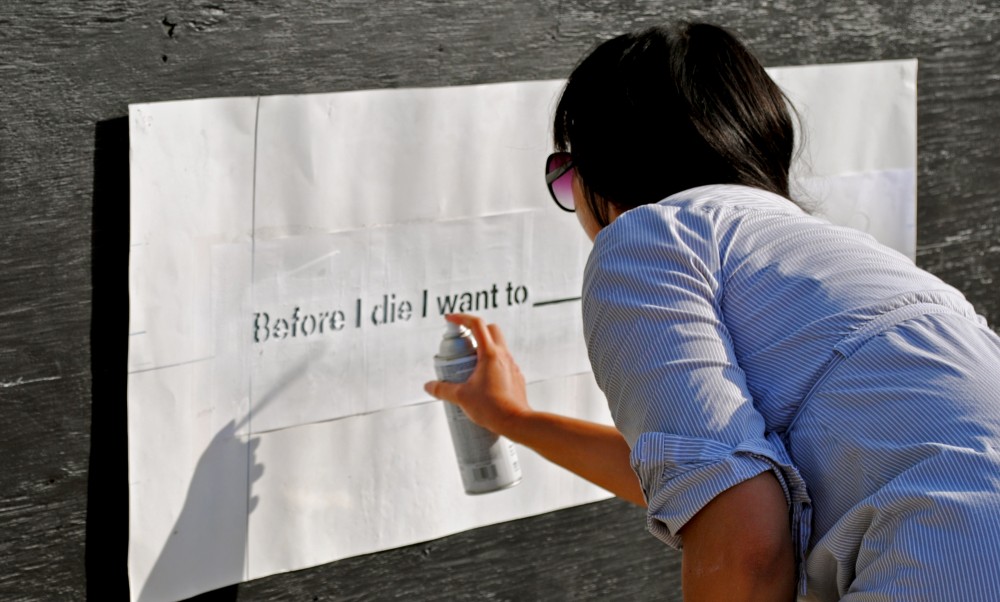 Remix the City: Conference Project Post #1 — Do You Control Space?