We are living in an information age, where coding is becoming a basic skill for the younger generation. Still, I’ve been warned against venturing in the computational labyrinth, for voices constantly echoing in head: “it’s hard; you are going to doubt yourself sooner or later…” The idea that programming is not accessible to everyone is still anchored in our culture.

Hence, I was anxious signing up this class, without knowing anything about coding but the caution tales advised by my friends.

It turns out, coding is not as scary as I thought. Well, to be fair, at least in the class. For me, it was all about adapting myself into the Processing language in the beginning of this course. From the first “Hello World”, learning how to make a dot, then to the more complicated circular motion…It is not until that I started to make the Trump collage did I realize coding is no different than writing, drawing or any other artistic form, in the sense that it’s a fairly competent vehicle to showcase our understanding of this world.

The moment the word “contrast” popped out, I knew immediately that politics is something I’d like to do. The world is reaching a higher-than-ever level of segregation and division, and the ongoing pandemic is just accelerating the arrival of an inevitable “warfare”. What I set out to do was to make all the conflicts visible in my collage. I selected blue and red, representative colors of the opposite parties to reinforce what’s separating us: image, language, experience and values. While Trump shamelessly lied about the severity of coronavirus, claiming that “it’s getting UNDER CONTROL”, hundreds and thousands of American citizens lost their lives due to this extremely irresponsible response from his administration. I can’t think of anything more shocking than the long list of people who have died due to coronavirus on the front page of The New York Times. So it became the background.

To make it more contrasting, I added a photo of Trump’s rally being held recently and then decided to use the blurry filter to fade out his supporters in the backgrounds. As much as how their opinions madden and sadden me, I have no intention criticizing any individual for his or her political belief. After all, aren’t we all victims of this society?

Aesthetically, it also resulted in a more subtle and yet provocative transition; it raises the question of dissent and coexistence and survival. One thing I found familiar in creating works with codes lies in the process of editing. I actually didn’t run into challenges that I expect would hinder the visualization of my conception. Instead, I was a little bit overwhelmed by (my fellow talented classmates and) all the possibilities in place, given that permutations and combinations largely expand the canvas of yielding unseen/hard-to-achieve (with human labor) effects. What to keep in and/or to take out remains core problem for my artistic/political expression.

Truth be told, I am still trying to have a solid grasp of the notion of computational art. The first thing being the definition of art. It’s a reoccurring question for me when visiting a contemporary art gallery/exhibition. Of course art is anything that stimulates senses, and the idea of what makes art art is forever evolving. Photography can be done without a camera. A pipe is not a pipe. Blue is no longer a color. Enjoy a cellophane wrapped candy for free. But as someone who’s been properly trained in fine arts (namely drawing and painting), I do have reservation calling EVERY artwork generated from lines of codes art. Its ability to be transplanted and thus, to disseminate adopts a streamlined approach that resembles more of what one might consider “science experiment” than that of “human creation”. It’s like watching copper sulfate react to potassium hydroxide, we get to witness the formation of precipitation every single time. The precision and kismet-like quality is astounding. Through programming, I learned to meticulously construct my composition and hope to apply this newly acquired skill to my day-to-day art making.

On the other hand, nobody can deny the fact that what comes out from this form looks very much like the art that we grew up with. I quite often am impressed by the dazzling effects and animation actions, and beautiful patterns filling up my screen. There are a lot of moments where I stop asking “is this art?”, because the emotions these works stirred up provide more than enough evidence to makes its case.

But there’s always that “then what?” Computational artworks seem to be disconnected from notions and every statement trying to make sense of it comes as an after-thought. Pop artists had blurred lines between fine art and commonplace objects for us already, maybe now it’s time for coding artists to bridge the gap between machine and human. Or, let’s take a step back and answer that question, what makes art, art? 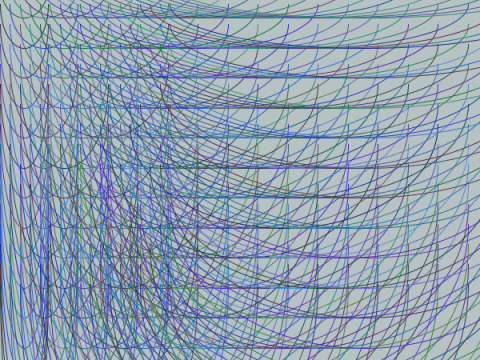 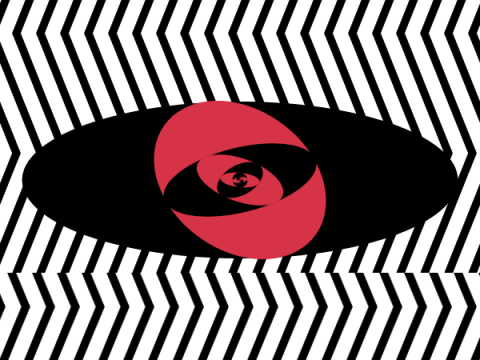