It had a wonderful run!  We installed the Friday before Valentine’s Day, painting a broken heart across from a full heart in a small hallway in Heimbold.  The hearts were both pink.  The full heart said ‘What’s your love story?’ in the middle, and the broken heart was left empty. 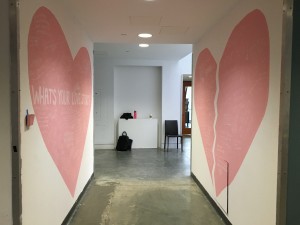 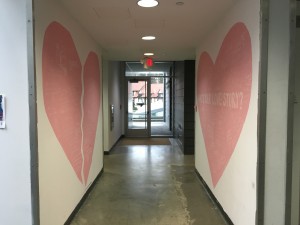 We had a square of wall text and a small container taped to the wall filled with chalk for people to use to write on the hearts.

First we taped out, freehand, both hearts.  Painted the full one, then painted the broken one.  They were not perfectly identical, but I don’t think it detracted from the actual piece in any way. 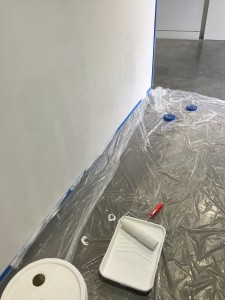 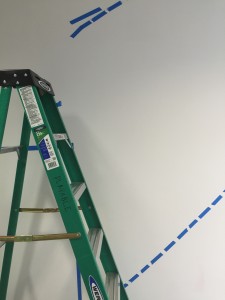 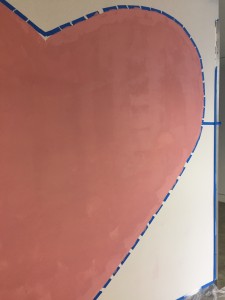 Once painted and dry, neither Kadie nor I contributed.  We left it completely blank.  Slowly but surly, people started to participate.  People were responding really well to the prompt and understood that the broken heart was for heartbreaks/sad things and the full heart was for happy things.  Sometimes there would be a random mismatch statement, but other than that, I think it was a clear project! 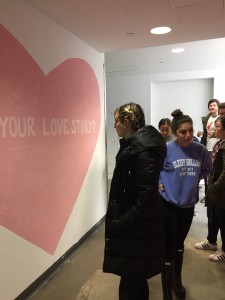 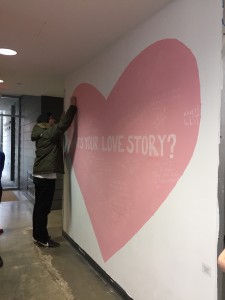 Our interaction worked exactly how we thought it would.  It was more successful than expected, actually.  Both hearts were full by the time we uninstalled.  There was little to no crass or demeaning things written, and other than a few people, anonymity was kept.  Kadie and I erased any names that people wrote on the hearts because we wanted it to stay away from that. 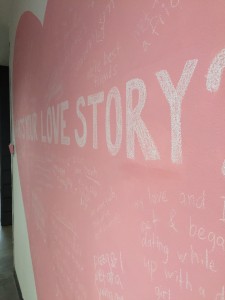 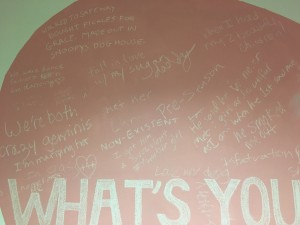 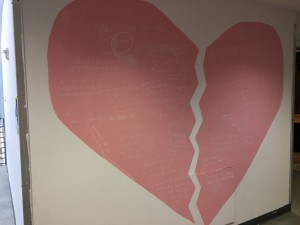 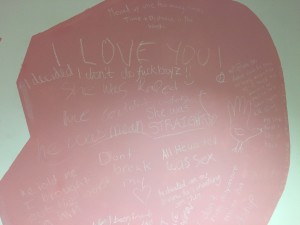 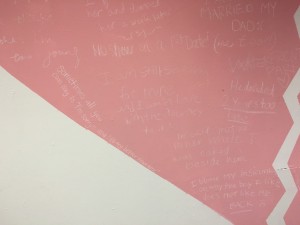 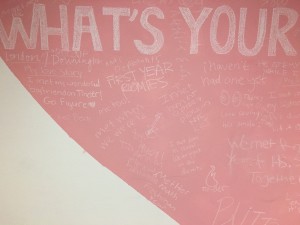 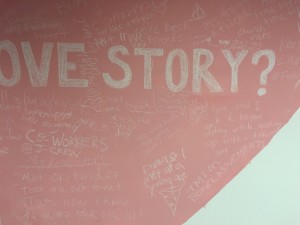 Our interaction definitely created a magic circle.  We would see people stop in the hallway and talk about the heart, and then contribute.  It also created a sense of unity because of all the people that contributed to it, even if they weren’t contributing or interacting directly with each other.  It also was a social object, because people would stop and talk about it and also talk to Angela about it. 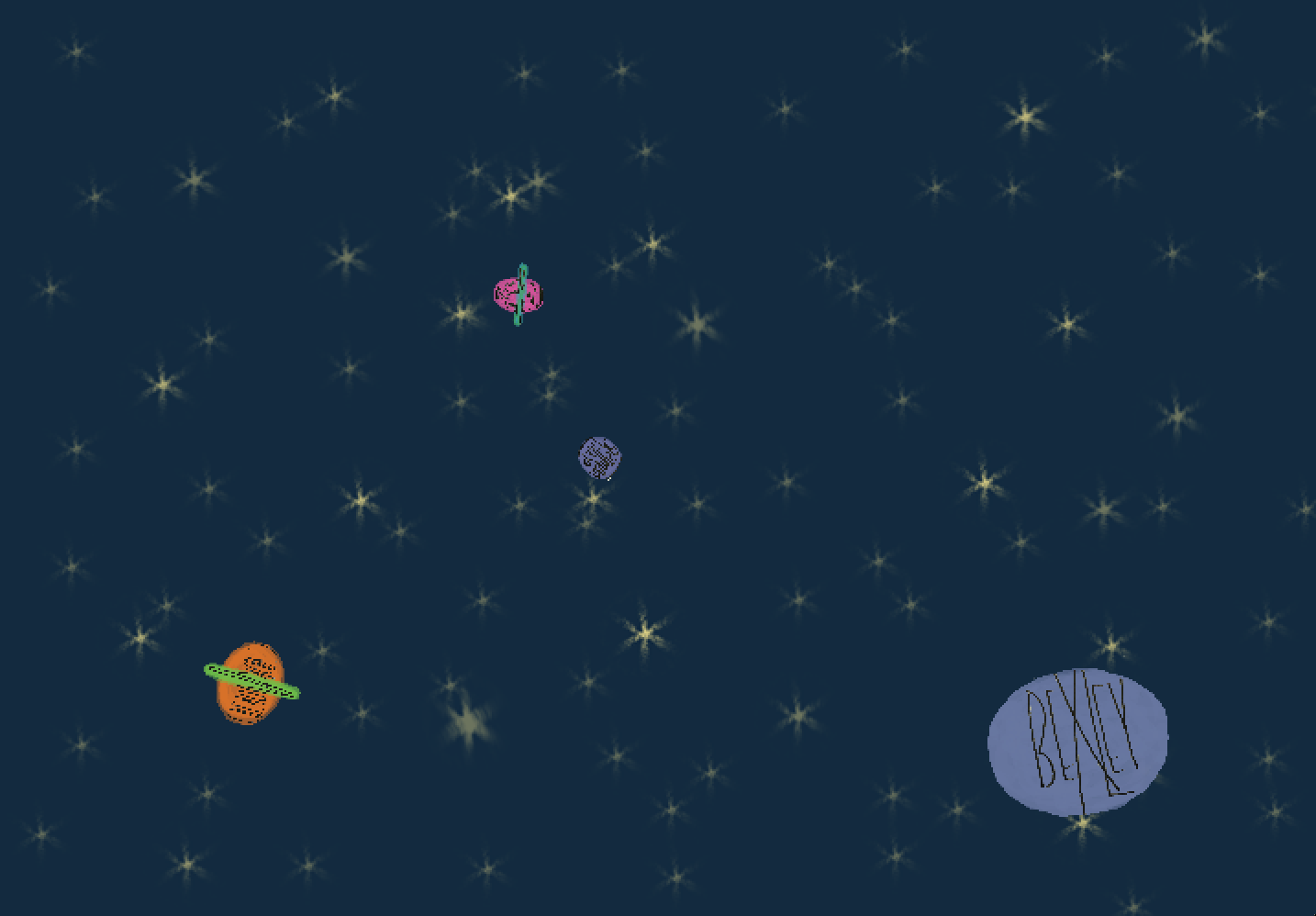