For my second project this semester I made an installation intended to get people moving. At first, I had thought of making an installation that a character (played by myself) would interact with. It quickly became clear that asking other people to act with the installation would be much more challenging and rewarding.

At first, I was unsure what to ask of people. Then, I remembered a comment Angela had made about my work last year. She talked about how I seem to want to make art that invites people to work together to achieve a goal. That was an observation that I found enlightning and agreed wholeheartedly with. As a result, I decided to create something that brought people together.

As the process went on however, my approach became more and more about the individual. I feel that the result was an installation that wasn’t necessarly asking people to work together for a common goal –though nothing was keeping viewers from doing so if they wished. 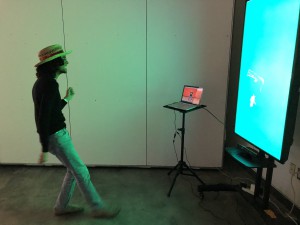 The installation was code running from Processing which was displayed in a large screen. The computer was connected to a Kinect and the image projected on the screen displayed a pixilated image of the person that spun around 360 degrees. Next to the large screen, my computer showed a video of people moving in different ways – dancing, walking down the runway, exercising. The hope was that people would immediatly understand they were supposed to replicate  these movements, while observing themselves on the large screen. 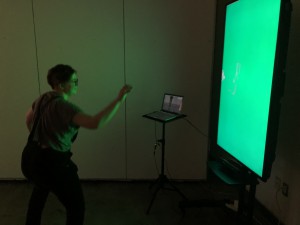 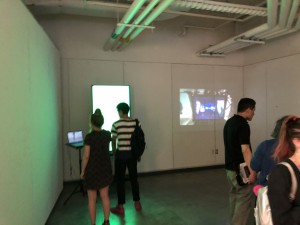 Not everone was immediatly aware of what they were supposed to do, and in that sense, the project could use a little more work. In a possible second iteration of this, there are two main things I’d like to work on: 1) finding a way to make the intention of the piece clear to those engaging with it, 2) work on making this a piece that asks for two or more people to engage with each other to accomplish a task.

All in all, I had a great time doing this project on my on. I was also very inspired by my classmates projects this semester. What a great year this has been! 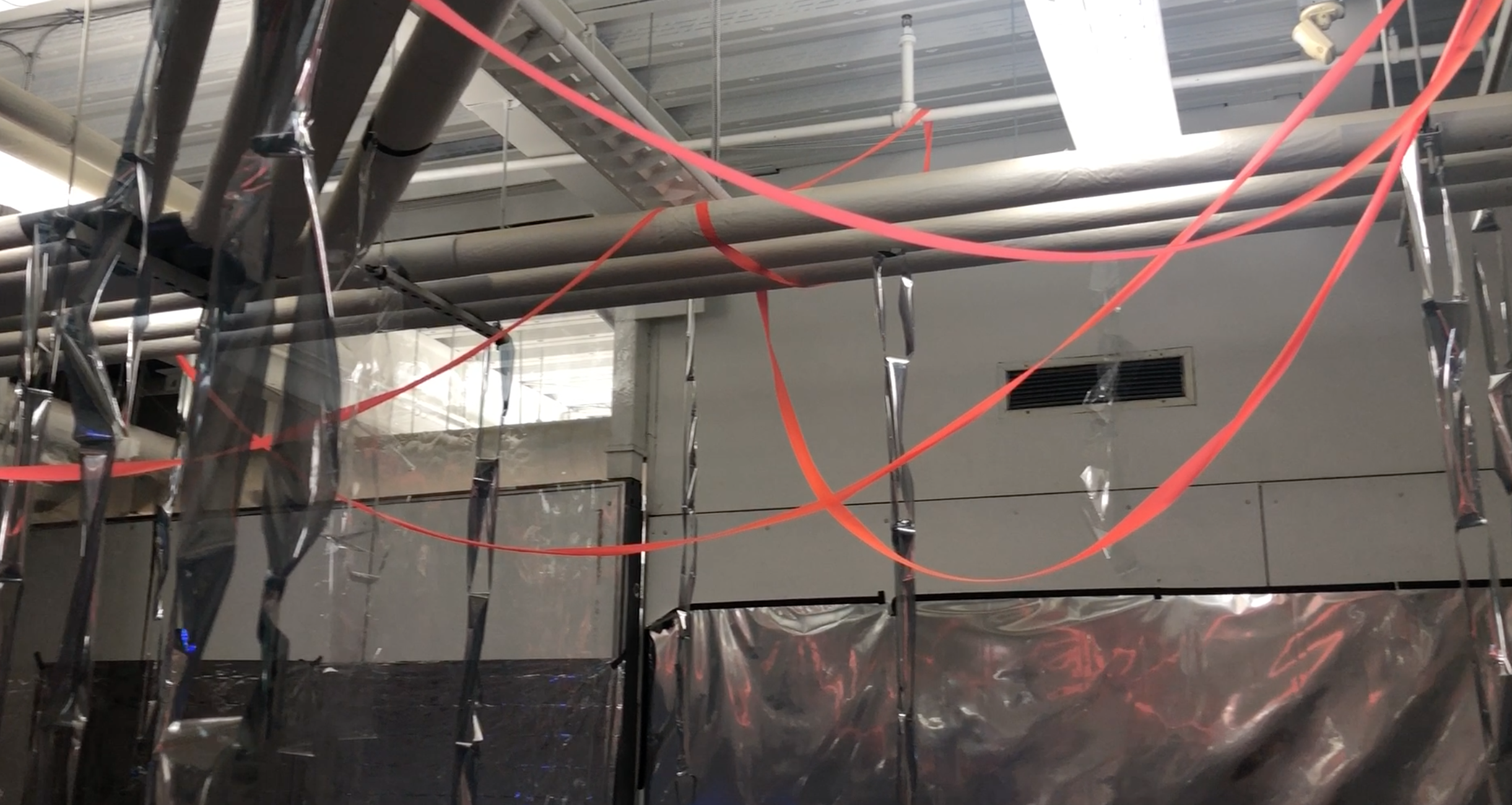 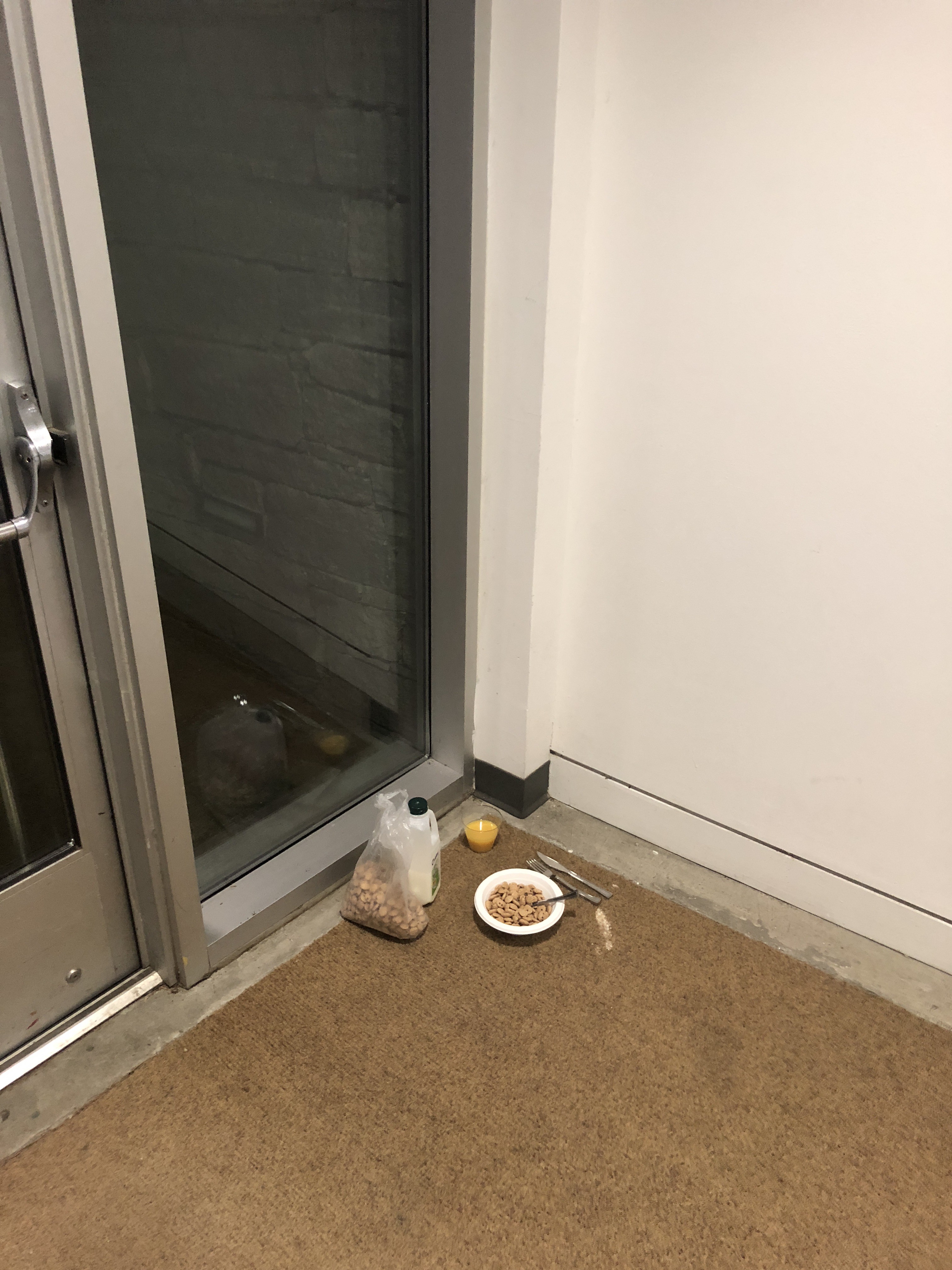