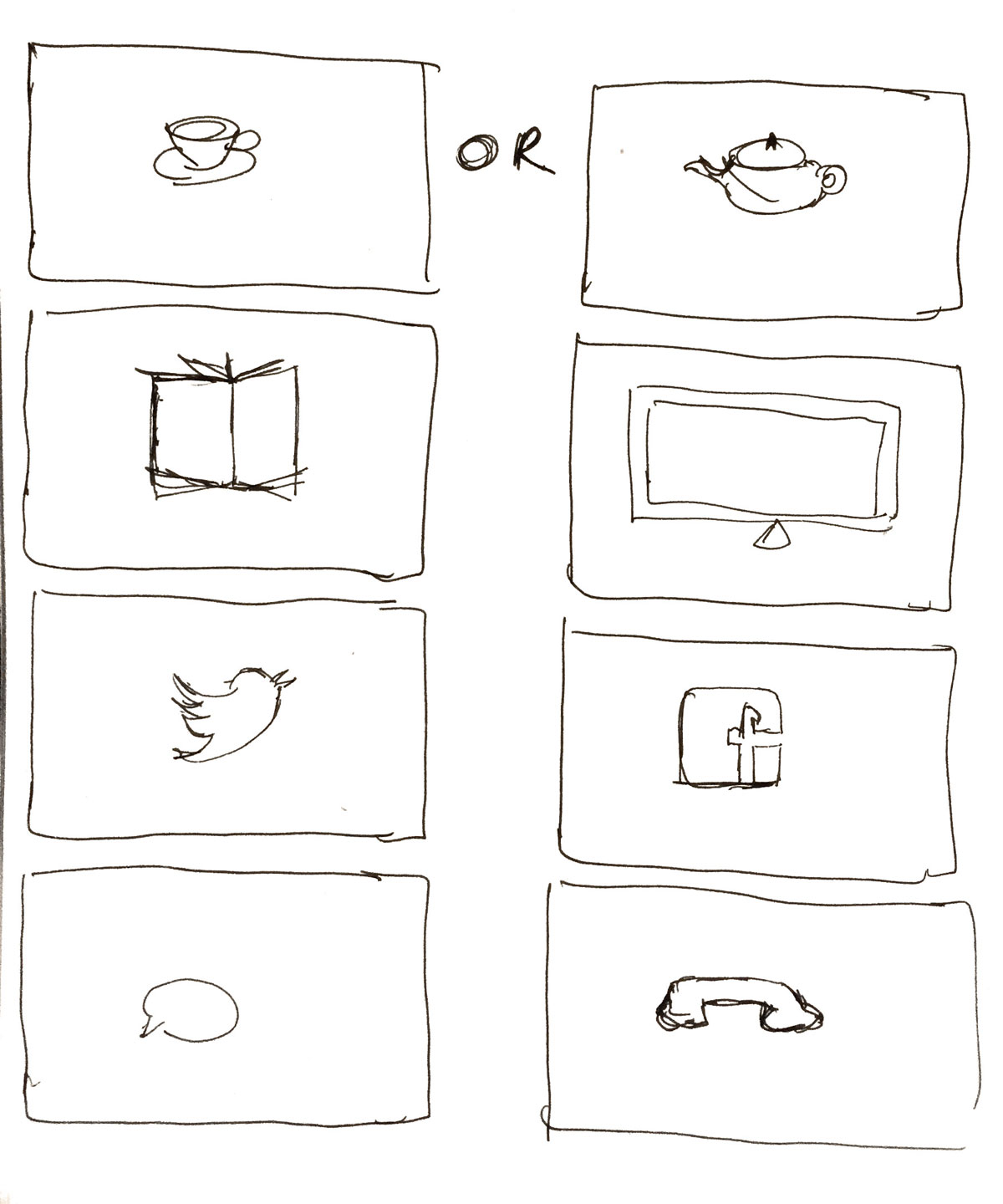 The juxtaposition is created by two commonplace objects and concepts that have similarities but also substantial differences that set them apart. The commonplace objects and concepts are things that people would have different opinions on. The comparisons that we chose are ones that most people encounter somewhat frequently in their life, so they are used to picking which one they favor more, even if they accept both. This makes the user very opinionated about their choice. 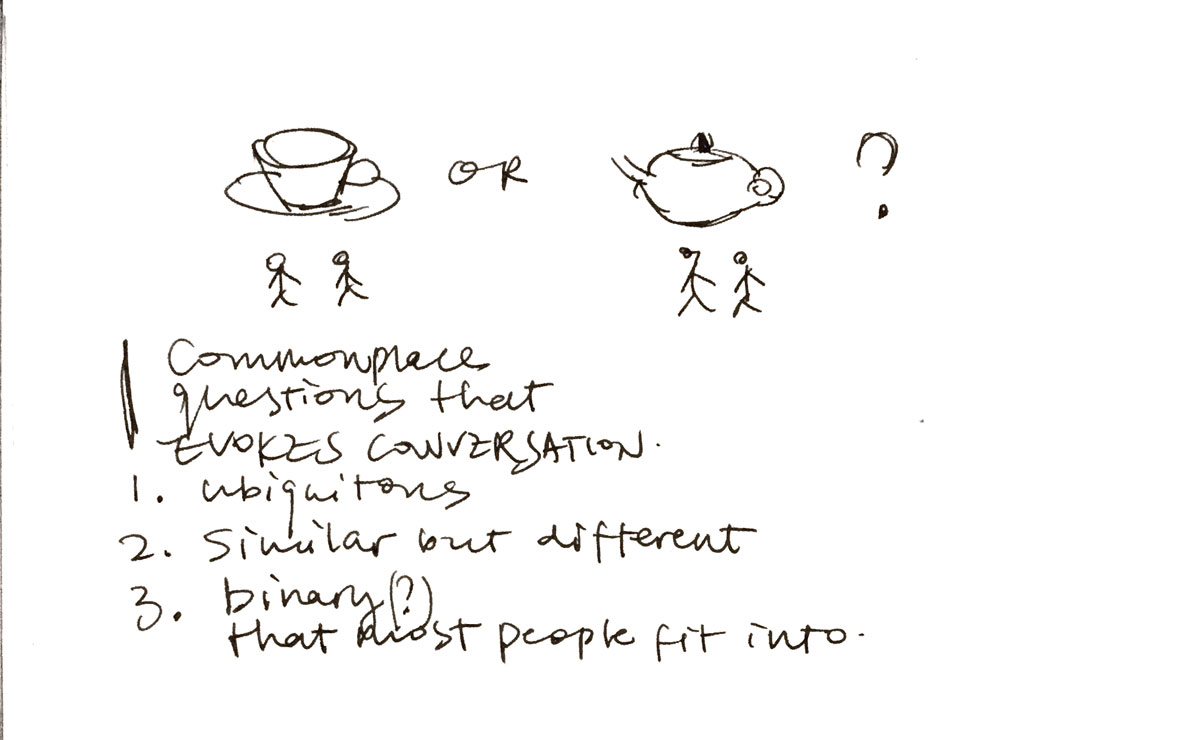 Most people would fit into one of the two choices that we propose. The choices are seen frequently and fall into the same categories but have clear differences so that they evoke strong choices and opinions from the people viewing them which starts conversations between the users. Usually there are memories or emotions behind each user’s choice so that the conversation could be trivial and meaningless or deep and meaningful as they wish.

We will be creating our images in Photoshop because we wanted a minimalistic feel and felt we wouldn’t be able to find all the objects in real life to take pictures of them. Our visuals will be simple because the interaction and social object is also very simple. We will have two objects, like coffee and tea displayed. One will be on the left screen and the other on the right screen, in between the two will be our question. When the user selects their preference of coffee or tea, the indicator of the chosen one will enlarge and indicate that a choice was picked, while the other indicator will sink into the background, showing that it is the loser. Then the two objects will disappear and the next comparison will come on to the screen subsequently. 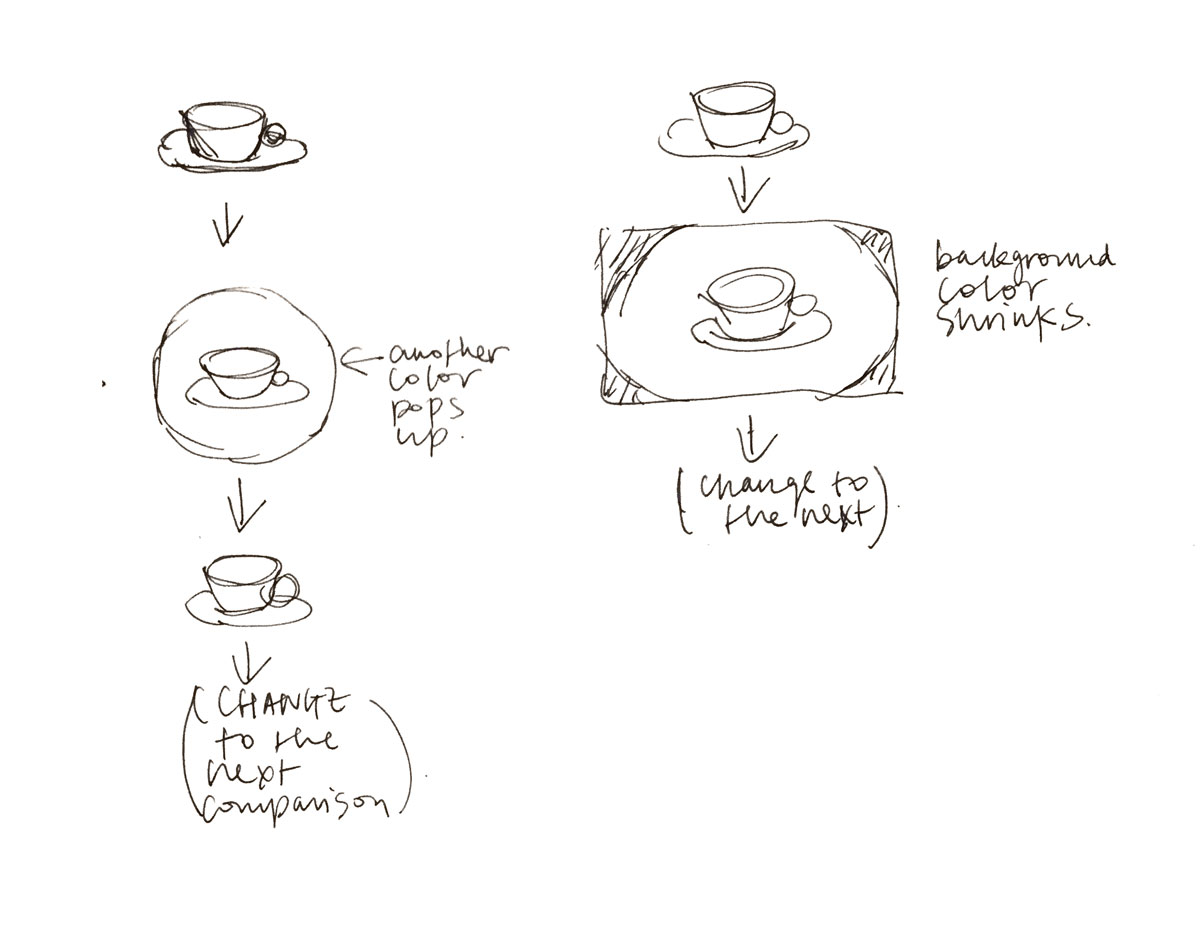 In between our two screen we will have the word “OR.” 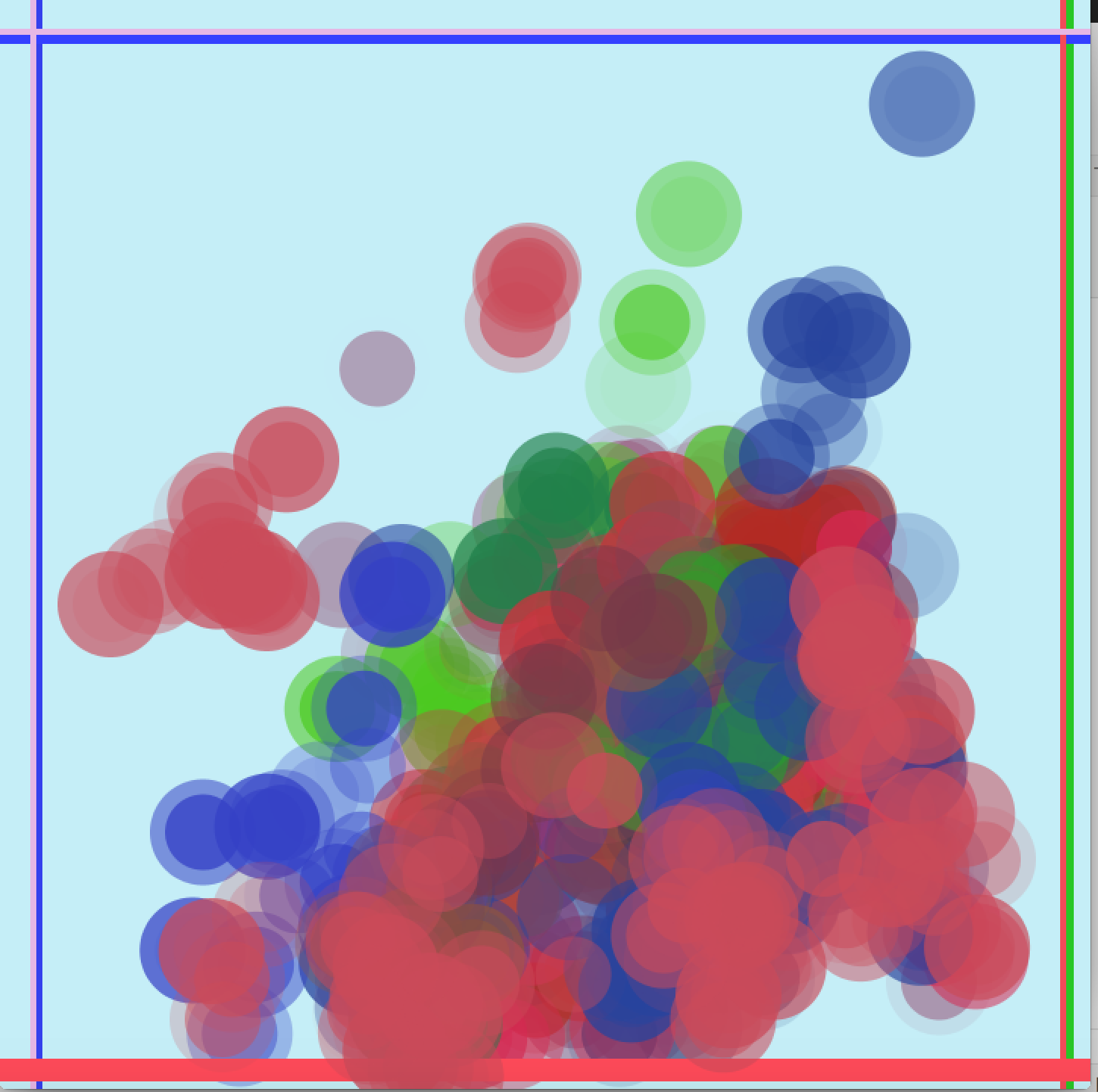 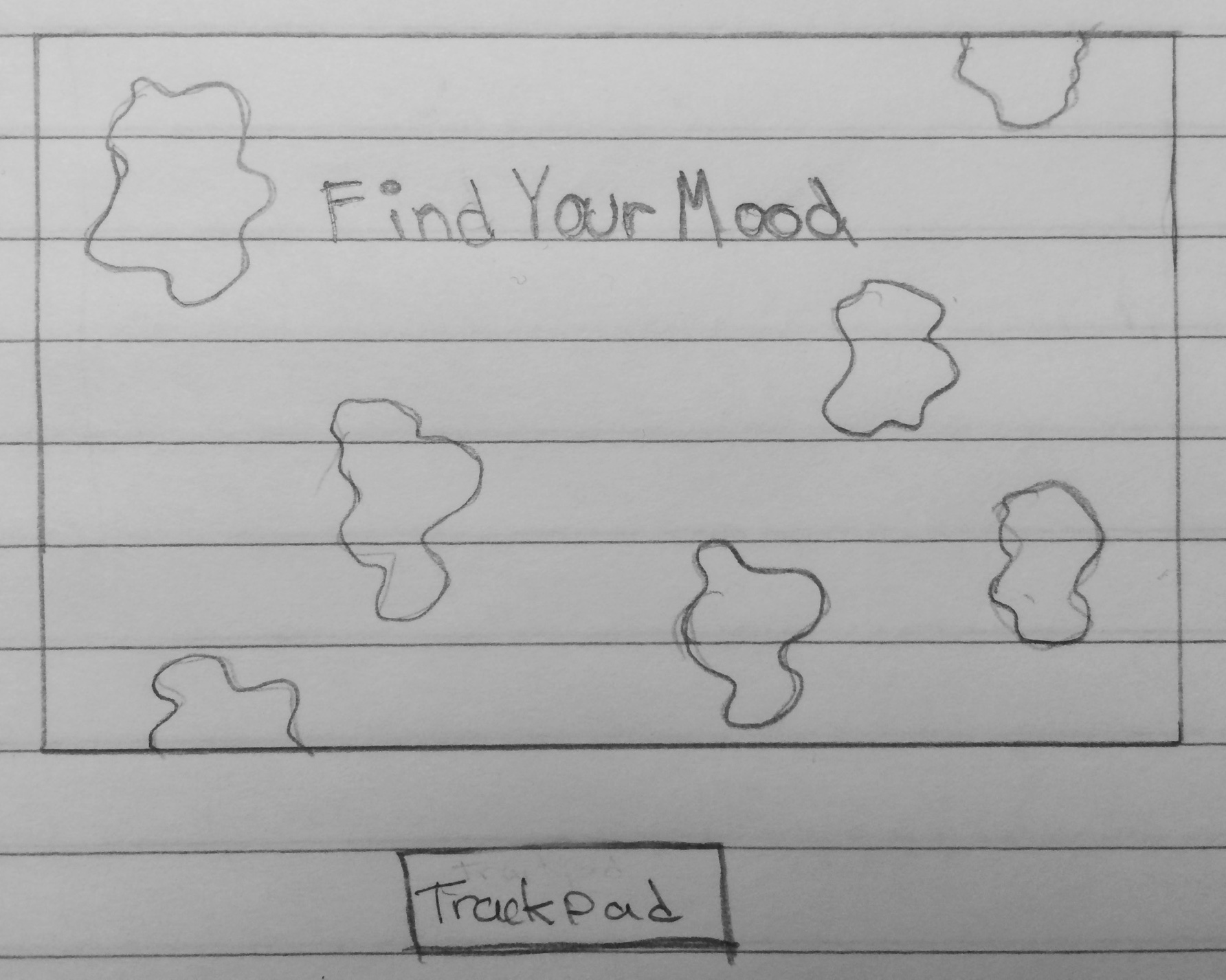 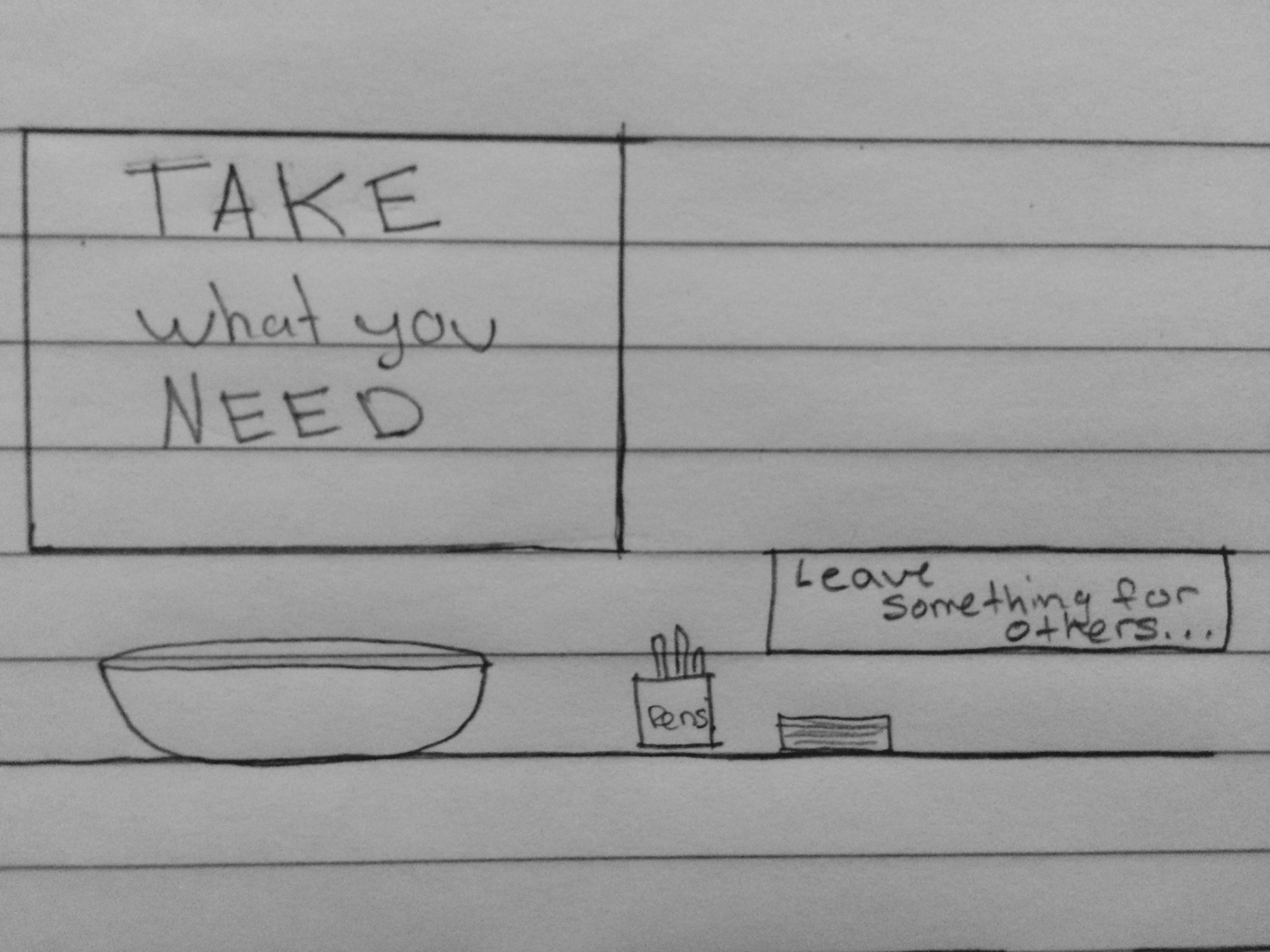 Interactive City: Take What You Need