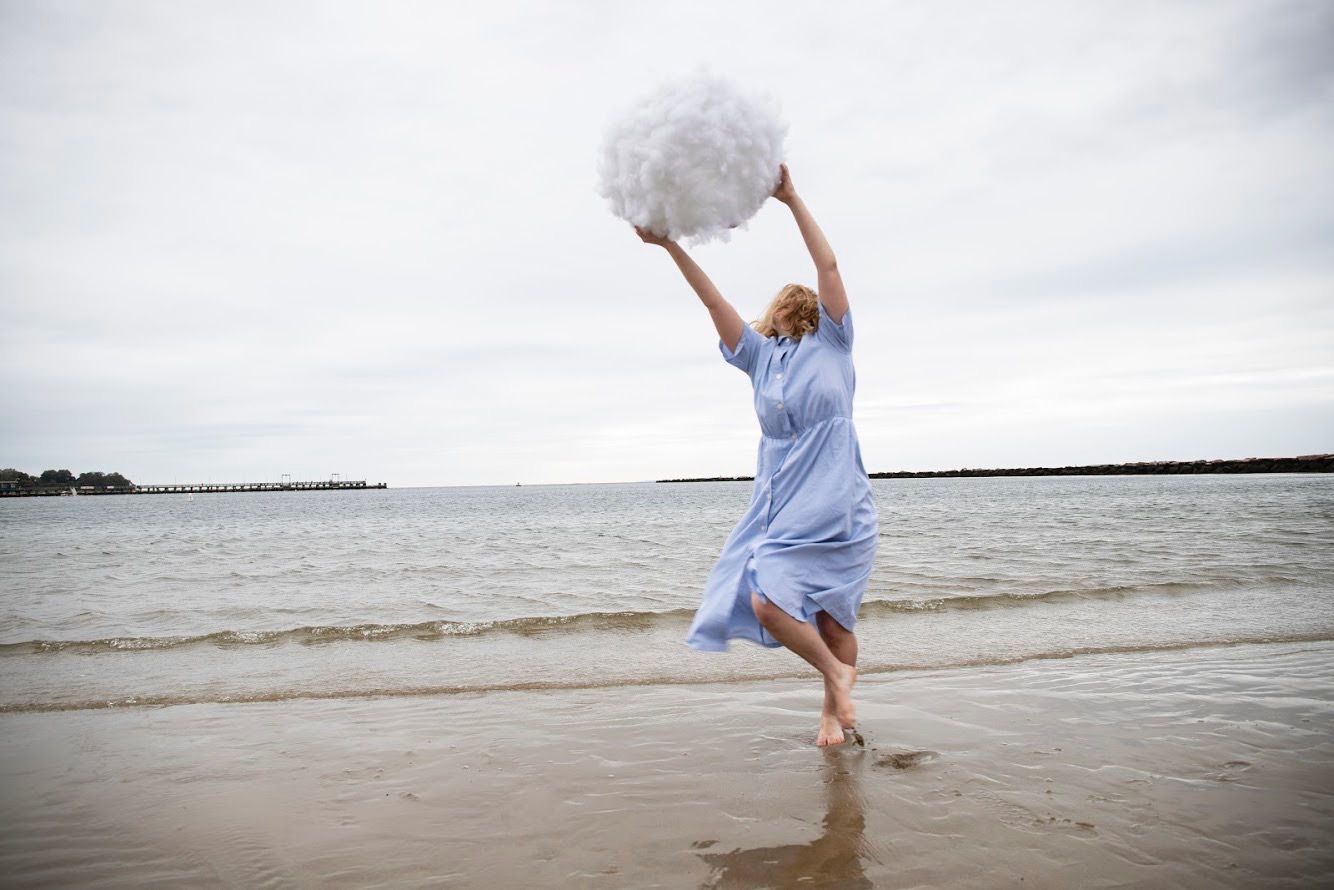 HOW IT ALL STARTED

This project starts with me in late May of last year, surfing on Pinterest and seeing several photos of these DIY “cloud” lamps you could make for your house. I immediately thought, “Okay, these would be alright in my living room, but what if people wore them on their heads?”

Initially, I included them as background characters in a science-fiction play I was writing (now written), but after my second or third conference with Angela, I realized that these Clouds had a life of their own, and I decided to delve into their world further. That led to “Clouds,” or performers with cloud heads.

The construction is fairly simple, though time-consuming (I’m currently brainstorming quicker ways to build Clouds, if you have ideas throw them my way). There are four ingredients: cardboard, boning (bendable plastic), Polyfill, and hot glue. Done!

I started off with a few quick outings into Slonim Woods with my “assistant,” to test their movement and visibility. One of the major challenges of the mask is that visibility is very limited; from my own time in the Clouds and from collaborators, it’s a sensory-deprivation experience inside, so it’s necessary for the clouds to move slowly and carefully. I enjoy this slowness–it runs counter to the fastmoving pace of modern life. To slow down, to be “unproductive” in movement…it could be construed as anti-capitalist, but that’s perhaps an exterior value-add. To be explored in later phases.

There were a lot of Cloud presences around campus, so I will put up my favorites to summarize the project.

Right before the weather turned, I drove the clouds down to Rye Beach with my dear friend/collaborator/photographer Imogen Marsteller to test their movement and to see how they photographed. I’m very pleased with how these photos turned out, as were the boys lacrosse teams that happened to be at the beach that day…

About halfway through the project, I had the chance for a critique with performance artist Clifford Owens, who was instrumental in my (re)thinking of the clouds as public art, something I hadn’t thought of, as my experience is mostly in theatre (but really, what is theatre??)

It was a Clifford idea to take the clouds to a sports event, and I picked a homecoming basketball game. I was beyond stoked for this, but as I got closer I became a little nervous. How would the crowd, people who attend sports games at SLC, respond to the presence of the Clouds? Luckily I had Angela’s assurance and her advice to be cautious and careful about placement and to have myself exterior so that, if anything happened, I could quickly respond and get my Cloud friends out of there. It ended up being totally fine; with the clouds standing at the back, no one was too distracted by their presence as the game was in front, and their presence elicited smiles and laughter from the students and parents present. School President Cristle Collins Judd even snapped a photo and asked me a few questions! So the Clouds ended up being fairly undistracting, but still a nice addition to a normally “non-performance space.”

This was my favorite cloud outing! On the snow day, just after classes were canceled and the snow started coming down heavily, I quickly rounded together a band of collaborators to take the clouds out in the snow to escort people from class to safety from the cold. The polyester fluff nicely insulated the face from the snow and cutting cold…

Next, I really wanted was to take the clouds into a place where there wasn’t another performance happening, so I chose to visit the library in the middle of the day when many students would be there studying.

It was super hilarious to see people do second looks at the Clouds among the books or studying at different tables, looking around at each other as if to ask, “are you seeing what I’m seeing? I later saw photos that people put on Instagram of them, with little captions like “WTF” or just the image alone of a cloud in a library, which spoke enough of the bizarre experience.

Right outside Room 107, I started the setup of my installation. From a nail above the entrance, I hung my favorite cloud. In the corner, I put an old Mac (keeping it cloud-colored), surrounded it with fluff, and had a compilation of all the footage of Cloud appearances playing on loop.

The most exciting part was seeing people interact with the installation; almost immediately after putting it up and without any prompting, people would stick their heads into the clouds…which means I did a pretty decent job of getting people to interact with my setup without writing it out :)

In public spaces like the library, the north lawn, etc, they are bizarre and disruptive, creating moments of shared wonder, laughter, confusion. They draw second and third looks; people take photos and videos and share on social media their incredulous presence. These cloud sculptures function as social objects, which rewrite the relationship between environment and sculpture and social, a kind of “environmental existentialism” as artist David Brooks put it.

This has been such a joy to workshop with Angela and Clifford Owen’s input. Thank you to them and everyone who was a cloud or engaged with their joyful presence! They will be back in the spring :) 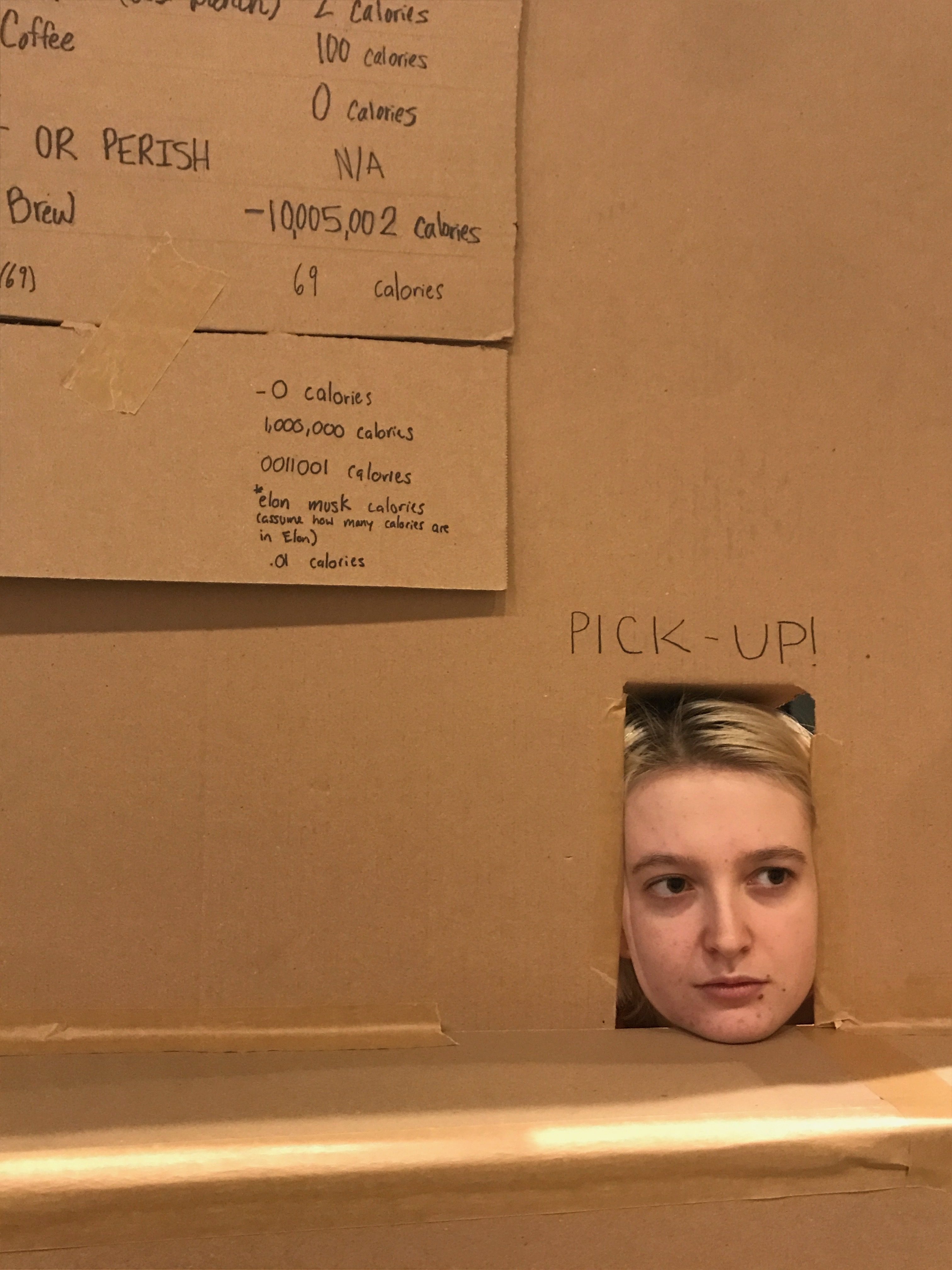 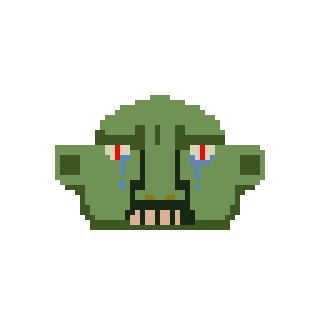 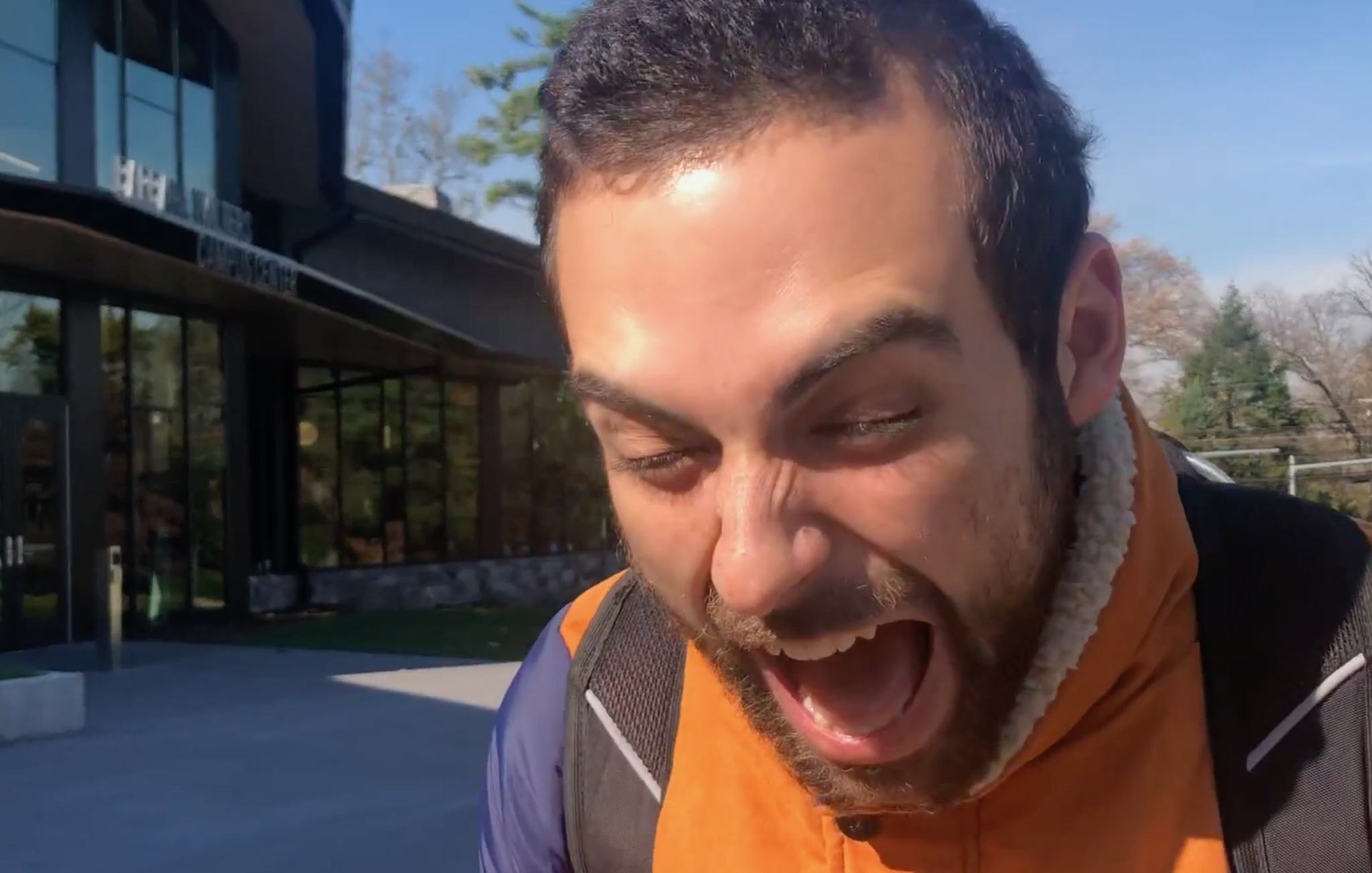