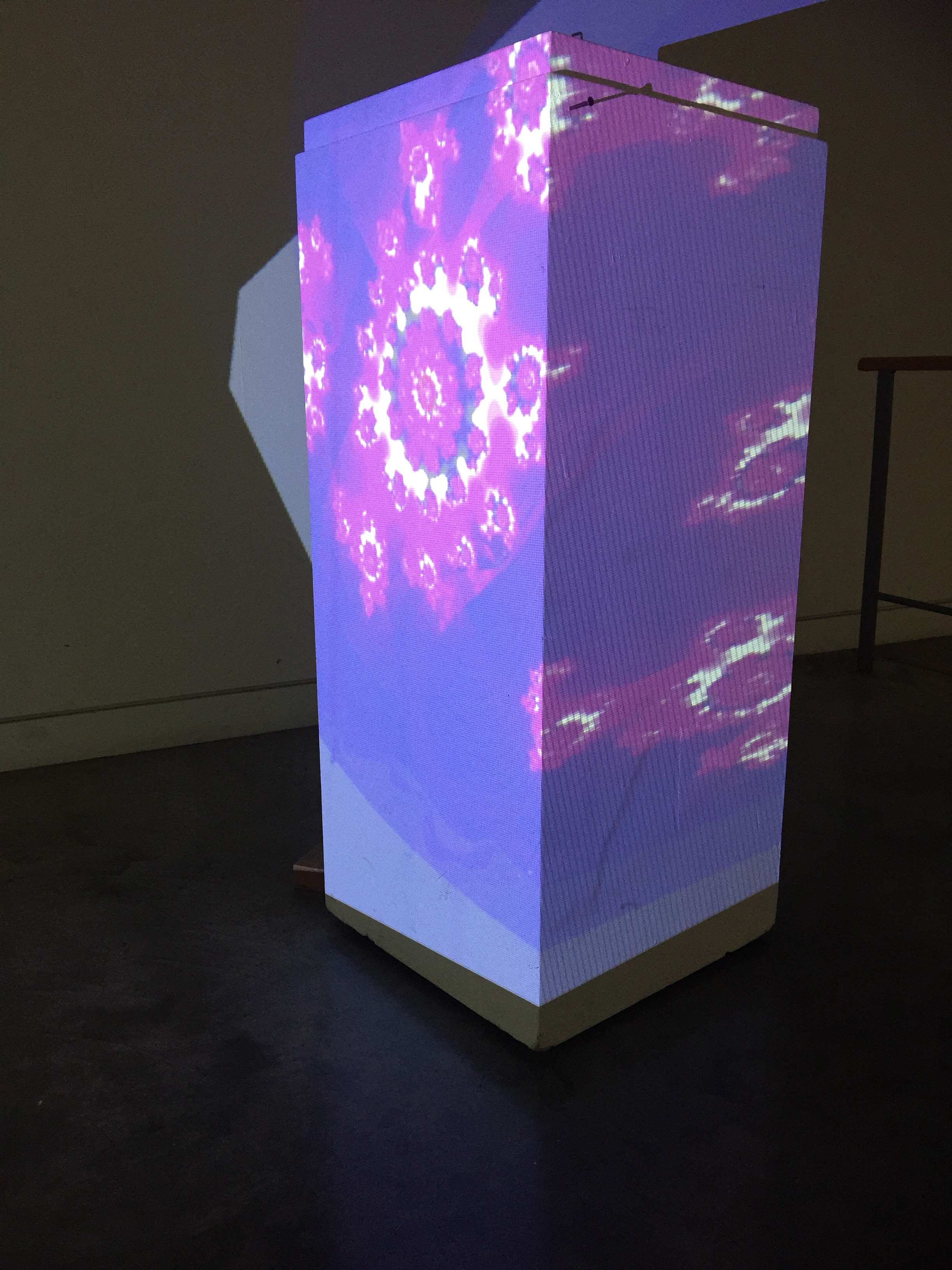 I first learned about fractals in my 10th grade math class, where my teacher simply described them as geometric patterns defined by nonlinear equations. At the time, I wasn’t particularly interested as I was unable to comprehend the mathematical jargon behind them. However, it was only during my hands on interaction with fractals on After Effects, where I was able to truly appreciate their seemingly infinite nature. As I kept magnifying the fractals, there was a sense of never-endingness, as each zoom presented a completely different pattern. That’s when I knew that I had use them for my video mapping project. 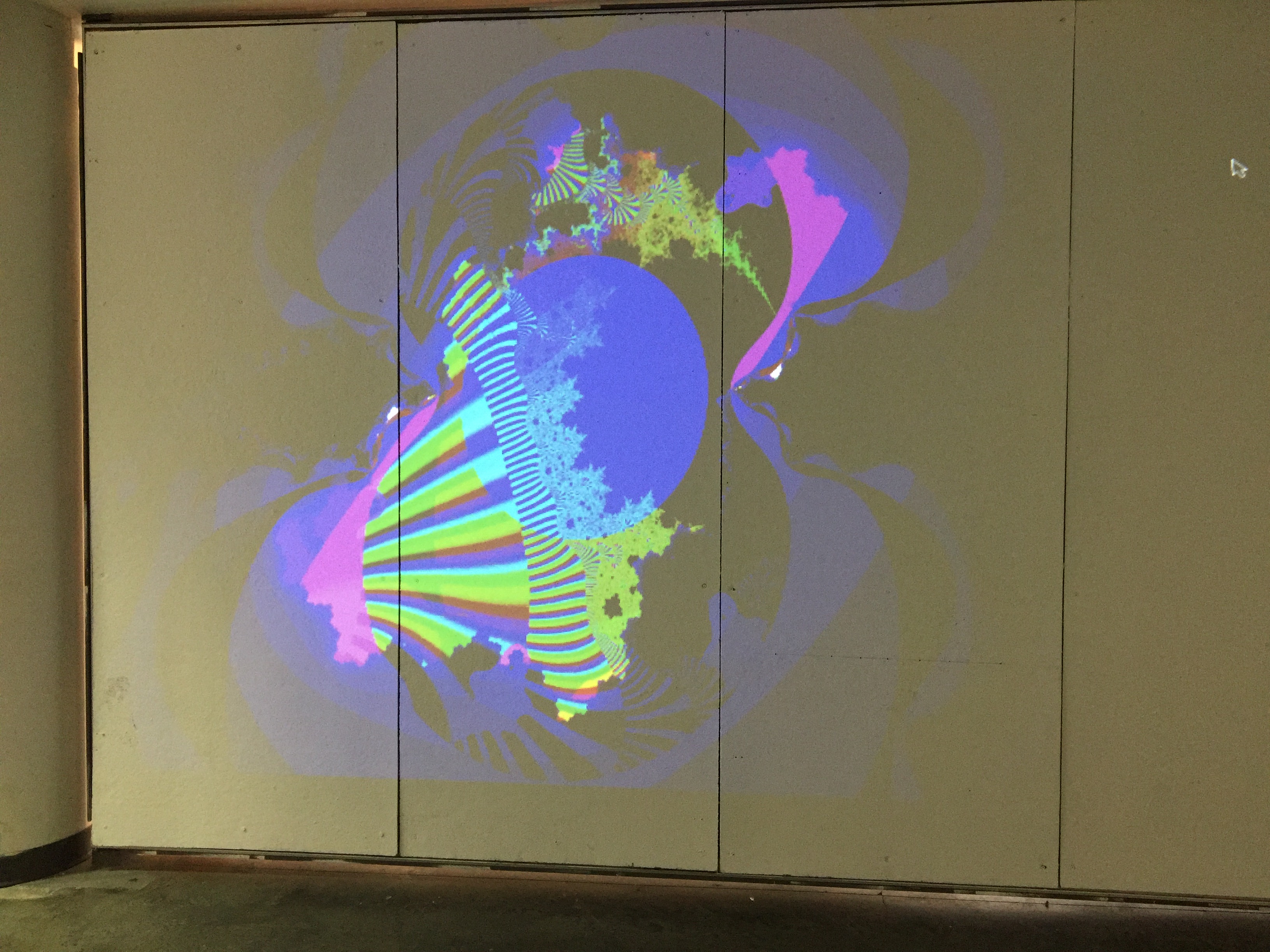 I had initially mapped them on a plain white ceramic wall to see how my creation on After Effects  would be able to translate onto a physical space. Unfortunately, as I had no control over the lights at Heimbold, the colors in my projection looked much lighter and did not have the intense and vibrant effect, that I was aiming for. 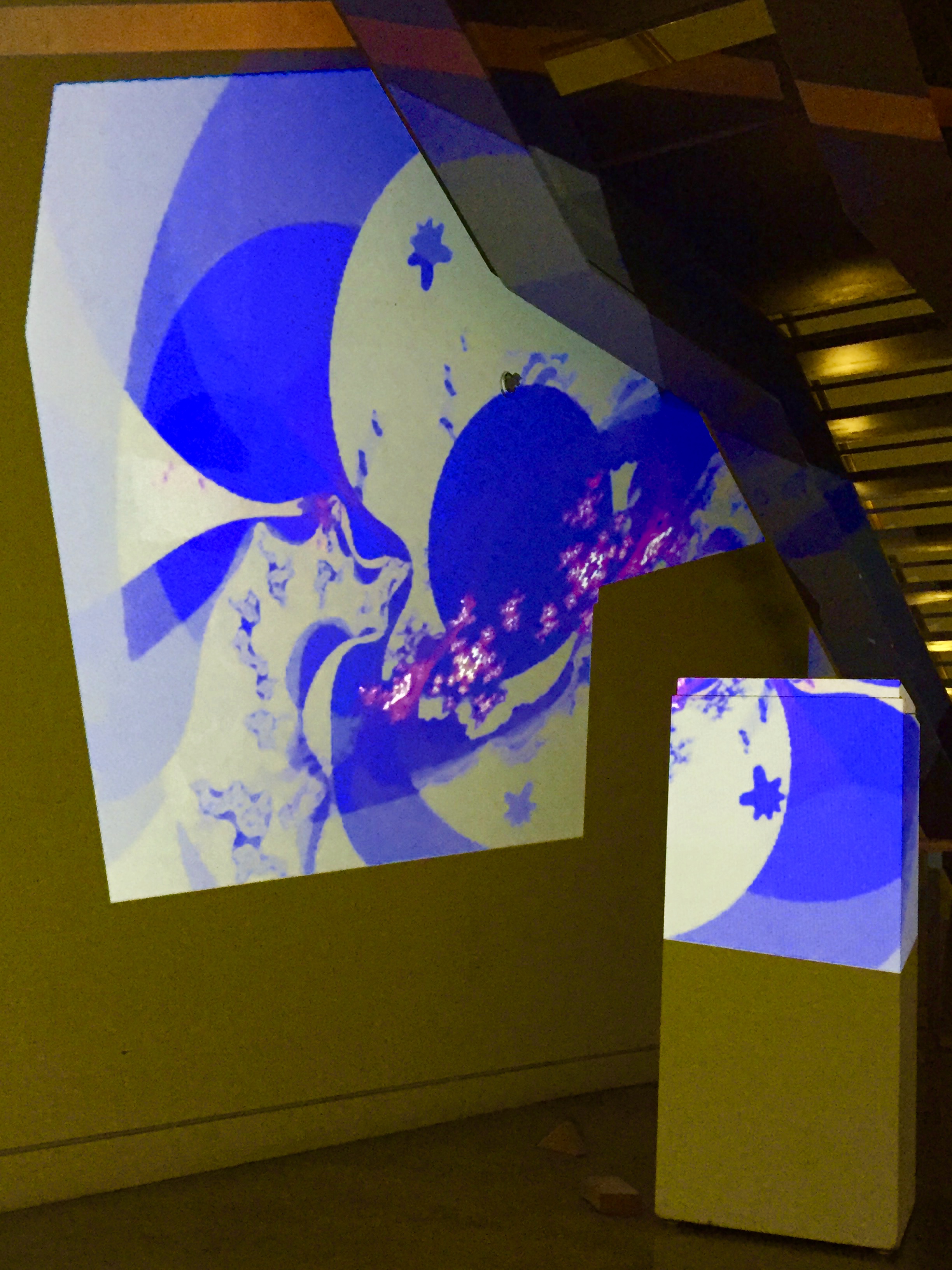 I eventually moved to the space outside our classroom, which had a dimmer lighting that made my projection look much more vivid and intense. Inspired by Krzysztof Wodiczko’s War Veteran projection, I mapped my projection onto an inanimate object (i.e: a white block) in order to give it a lively and animated quality. So far, I’ve only seen the blocks at Heimbold serve as surfaces for sculptures and so this session gave me the opportunity to make it look like it has a life of it’s own. It was also quite reminiscent to some of the illuminated blocks I have seen in music concerts and therefore had a bit of a musical vibe to it , mostly a neo-psychedelic pop quality. 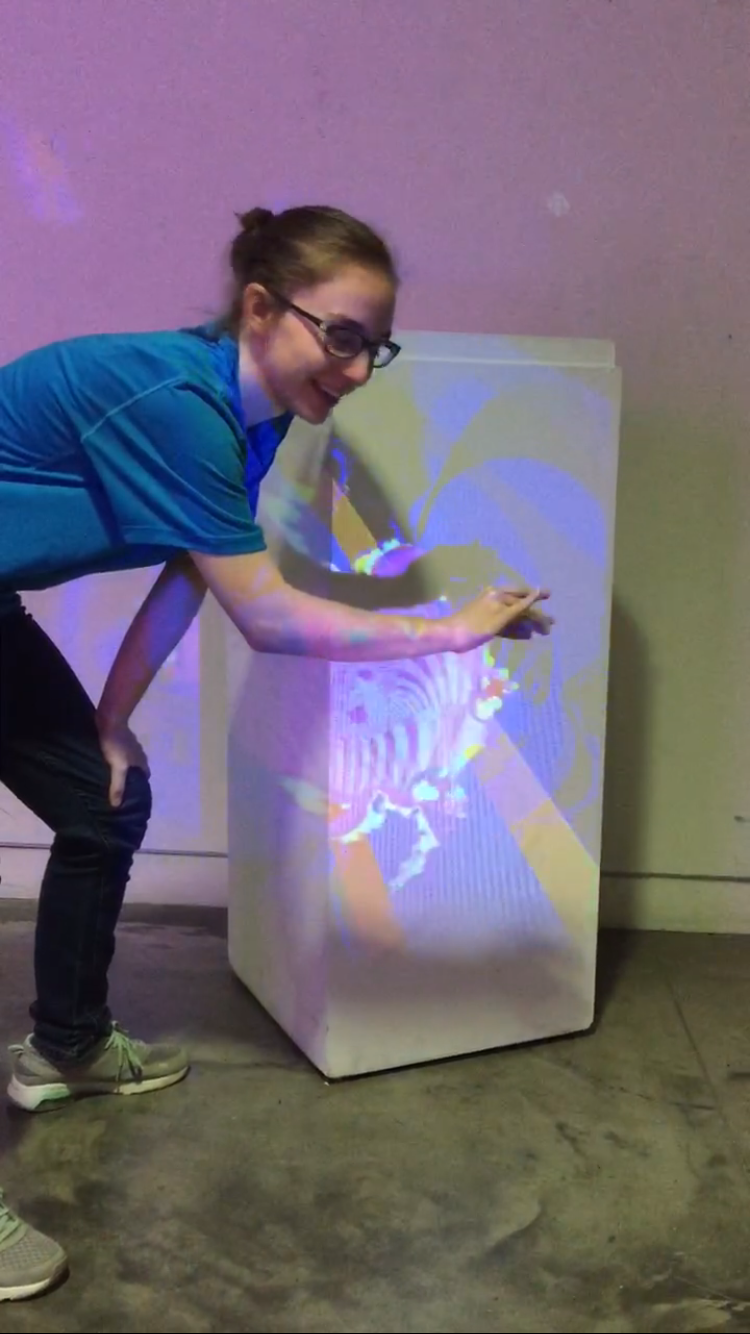 I was quite proud of the final result! The final projection had an almost paradoxical quality to it. There was a sense of chaos as the patterns kept changing every second and there were random spurts of several bright colors that greatly contrasted with the dark background. Nothing was constant for too long.  However, there were times when the patterns moved around more slowly and fluidly which created a sense of calm. The dark blue color of the  background also helped in balancing the chaotic and flashy nature of the patterns, with it’s calming presence. I felt a bit proud that I was able to captivate some of the audience members, as they interacted with the projection by making shadow puppets (see pic of Sabrina above!)

However I felt that several improvements could have been made to increase the level of engagement. For instance, I could have mapped my projection in a closed room with a dimmer lighting and a low ceiling. As the psychedelic quality of fractals are meant to have a cool, calming effect on people, I would prefer the projection to be carried out in an air conditioned room and instructed the spectators to view the projection (which would be mapped on to the ceiling) on their backs. Moreover, if I had the technological expertise to have more control over the movement of the fractals, I would have synced the patterns in projection to psychedelic pop music. Even if I didn’t have the expertise required, I could have asked the audience members to listen to the song, “Feels Like We Only Go Backwards” by Tame Impala on their earphones, as they viewed my projection. Whenever, I listen to that song, I feel like I am bursting into water color and that is exactly how I felt when I viewed my projection. Hopefully, I would be able to convey a similar experience to my audience as well. Thus, if given a chance in a future, I would love to not only engage the spectator with the visual aspect of my projection but also be able to manipulate their auditory and tactile senses.