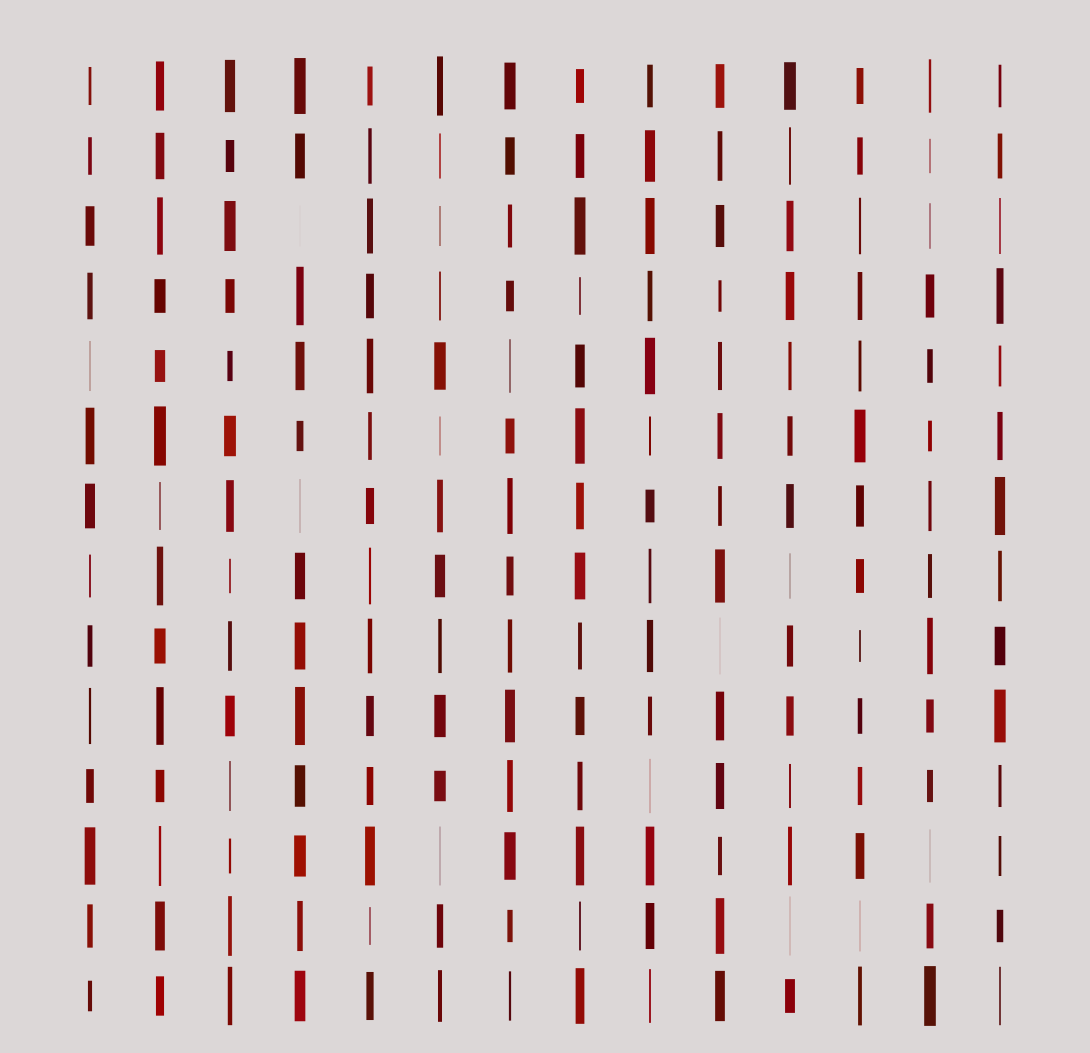 As for the aspects of repetition that lend itself to meaning, from what I have observed, the meaning in artworks of repetition can vary greatly. This is seen in all types of visual and performing arts, one piece will have a different amount of meaning than another, and it’s no different with the use of repetition. Molnár’s series My Mother’s Letters has meaning to the artist herself, and that translates to the viewer. Even if the meaning is something as simple as striking an emotion in the viewer for a moment, the art still has some amount of meaning.

Meaning can reside in a single image, but it is easily amplified when put into the context of a series. If one image tells a story, than a series of images can create more depth to the story. In the series My Mother’s Letters, gradualism comes into play. Molnár creates simulations of her mother’s letters, using repetition and gradualism to show her mother’s handwriting which increases in the amount of disorder in her words over time. In a simpler series, such as the one I have created, the increasing meaning boils down to the visuals. The images appear more interesting and visually stimulating throughout the series, as the subtle changes in code can transform an image into something entirely new. Gradualism, to me, seems to relate to life, changing ever so slightly as time goes on. In this way, we can relate to series created with gradualism in mind due to the familiarity of the concept.

Within the series I have created, I believe that the presence of an artist is apparent. Without the individual to input their own style of artwork into the code, the code simply cannot exist. If the artist did not have presence in a series using loops, mods, and gradualism, an exercise to create a series would result in similar looking artworks in every series made. However, this is not the case. My series, using the same concepts as Molnár’s My Mother’s Letters, are visually stimulating in different ways and relate to the viewer differently.

One could argue that the machine does all the work through code. This stance on computer art confuses me, for it’s apparent that an individual must pick and choose the code that goes into the artwork. The final image is a product of an artist, who created a piece that is a representation of their own tastes and style. Although the computer allows for repetition in ways that are nearly impossible to create through traditional art, this does not mean the effort was entirely governed by the computer itself. The choice to create something with strict repetition comes from the artist, and the computer is merely a tool to succeed in creating that artwork. 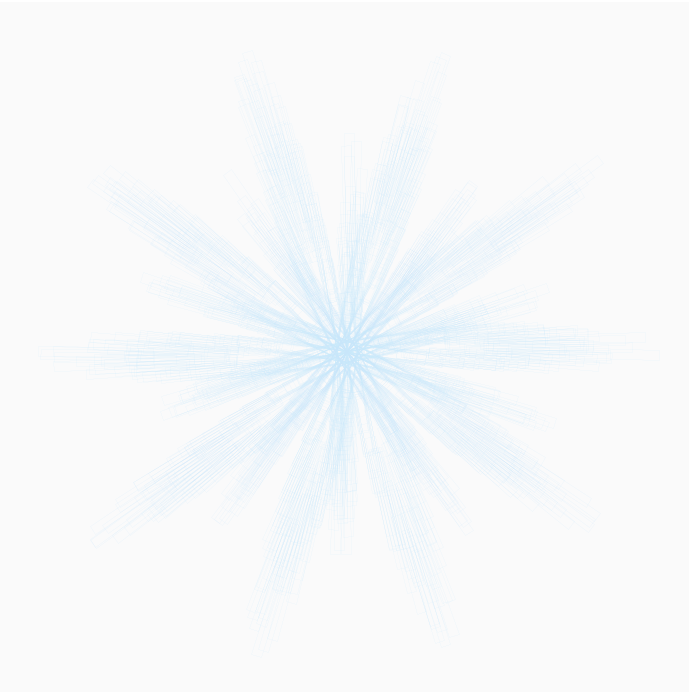 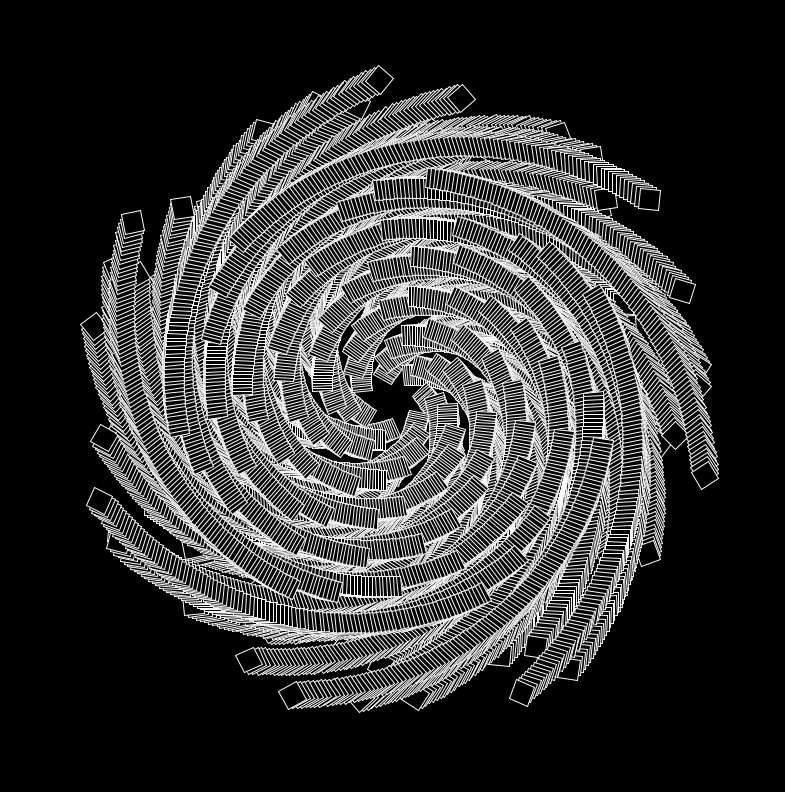 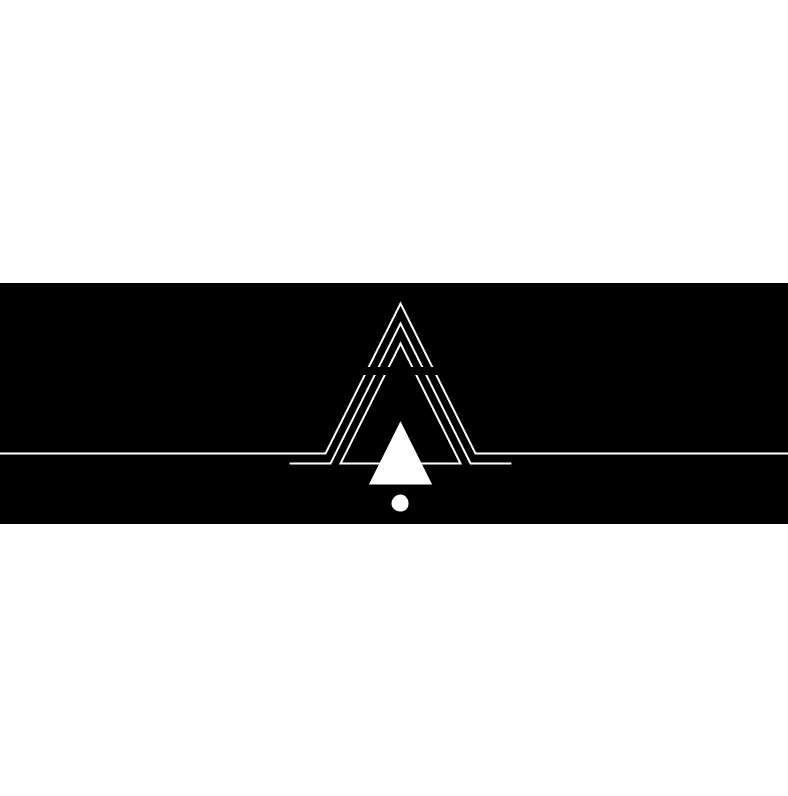 Art From Code: Tattoos From Code