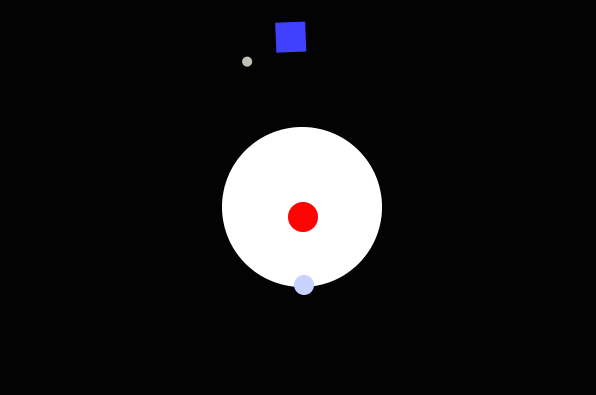 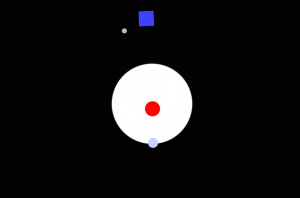 For this assignment (Amusement toy), I modified the solar system code to make it more fun to play with. The player controls the light blue circle, and based on their positioning, the center white circle increases or decreases its radius, and the orbit patterns and speed of the blue square and it’s circle vary. 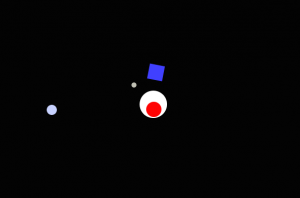 I coded in a change that moved the red circle from right to left based on the player’s mouse position but got rid of it after a while. I liked the idea, but I wanted to focus on the movement of the center white circle, and think of it either as an obstacle or goal, some sort of boundary. 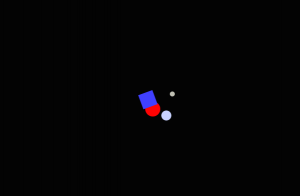 I added in a score counter that increased over time as long as the player didn’t collide with any objects, but I didn’t see much of a purpose in it, and the game was too abstract to score at such an early stage.