Three of the people helping to establish computer art as its own medium at the time were Max Bense, one of the founding fathers of computational aesthetics, Georg Nees, a student of Bense, and Frieder Nake, another student of Bense.  All three artists utilized the theoretical model of informational aesthetics Bense created to simulate constructed objects and apply rules and functions to make randomized images no human could create.  This type of images was named a stochastic  Bense described this concept to Nees calling it the creation of artificial art.  Bense considered computer art ‘artificial art’, as apposed to ‘natural art’, which included art created solely by human making.

Artificial art is made through a mix of human and machine creation.  For example, the stochastic procedures used in Nees’s 23 Corner Graphic use random parameters and generative functions to create unique objects which can easily be altered, changed, and repeated.  With a few basic rules, some guidelines, and a little instruction, together man and machine can make an original design which can be replicated across the entire canvas.  The use of randomness also helps give some control to the computer making the machine’s vital role in the creation even more noticeable and therefore more unique.  The variation within very strict parameters allows for a great deal of variation and change, and can be produced much more efficiently than if created naturally.

To respond to Nees was challenging.  I wanted to create something, but something new.  I struggled to make something I saw as more than simply a recreation of existing work, but instead something unique; something random.  I began by experimenting with Nees’s Boxes.  I played with the parameters by changing sizes, rotations, and edges, I even created my own shape. I created integers for my rows, columns, rotation, speed, x axis, and x axis.  I made 39 rows, 20 columns, rotation equal to 0, speed equal to 0.001, and both x and y axis to 15.  I created a series of two for statements creating integer “i” to correspond to the number of rows and integer “j” to correspond to the number of columns.  I then declared x and y variables to make points on the x and y axis along the entire canvas.  Then created the rotation parameters.  Since I had already created a rotation variable, I was able to randomize my rotation.  Next I set the rotation to change differently for each object depending on where it was spatially.  I then created a custom shape with 5 vertices.  Next, I created an array containing 3 different shades of gray.  Next, I added an additional for statement within the other two creating integer “r” which corresponds to my shades of gray.  Then I added a line of code telling the computer to randomly select any of the 3 shades of gray.  Finally, I added the random fill.

I created my next images by focussing more on patterns then shapes.  I made a white, 1000 x 1000 pixel background, set the stroke to black, and set the fill to white.  I created an array of ten different random integers up to 500 pixels, and a float angle equal to a random integer up to ten.  I then set the axis to be the middle of the canvas and created five rectangles 100 x 100 rectangles making their x and y axis the integers of the array.  This created an interesting pattern. 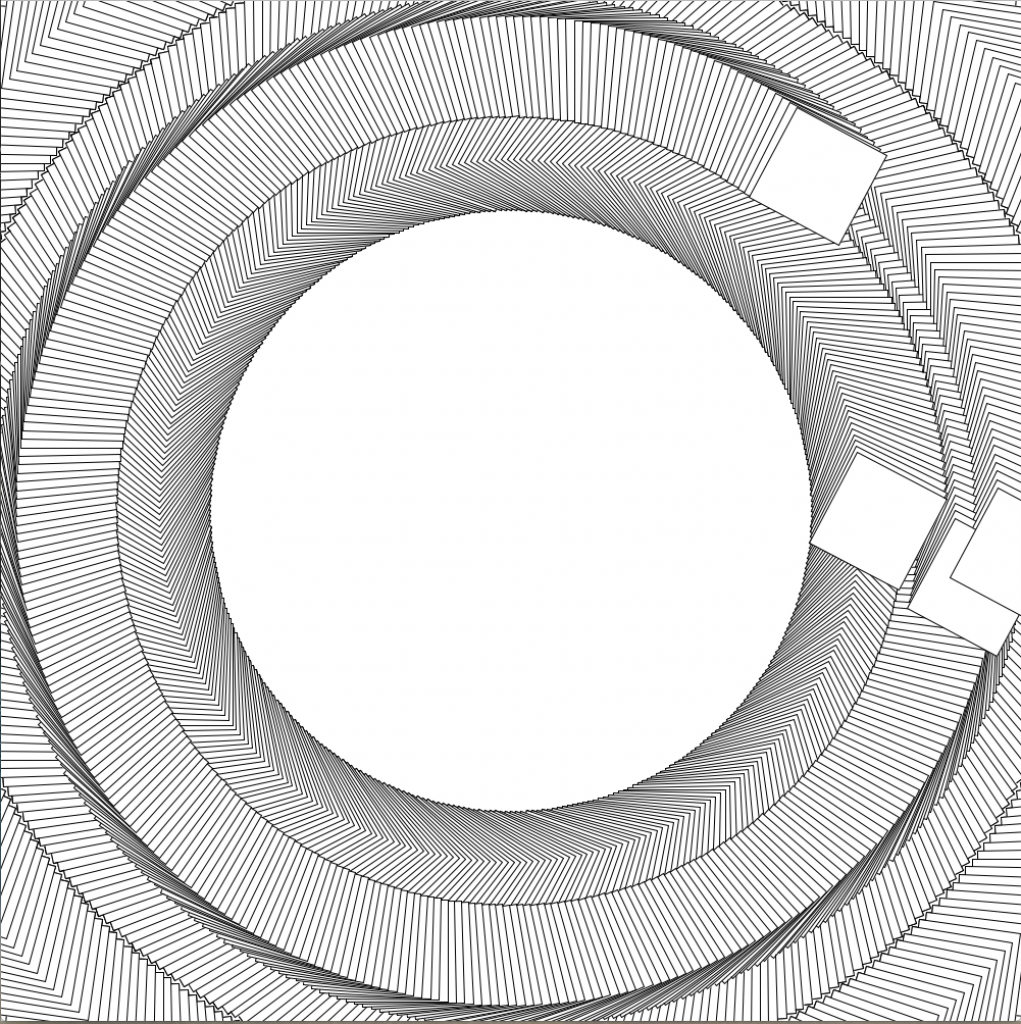 My final piece like the previous was focussed on patterns.  It had a similar 1000 x 1000, white background with a black stroke and a white fill.  Again I set the x and y axis to be in the center of the canvas.  I then created a 7 x 1000 pixel ellipse, and had it rotate around the set x and y. 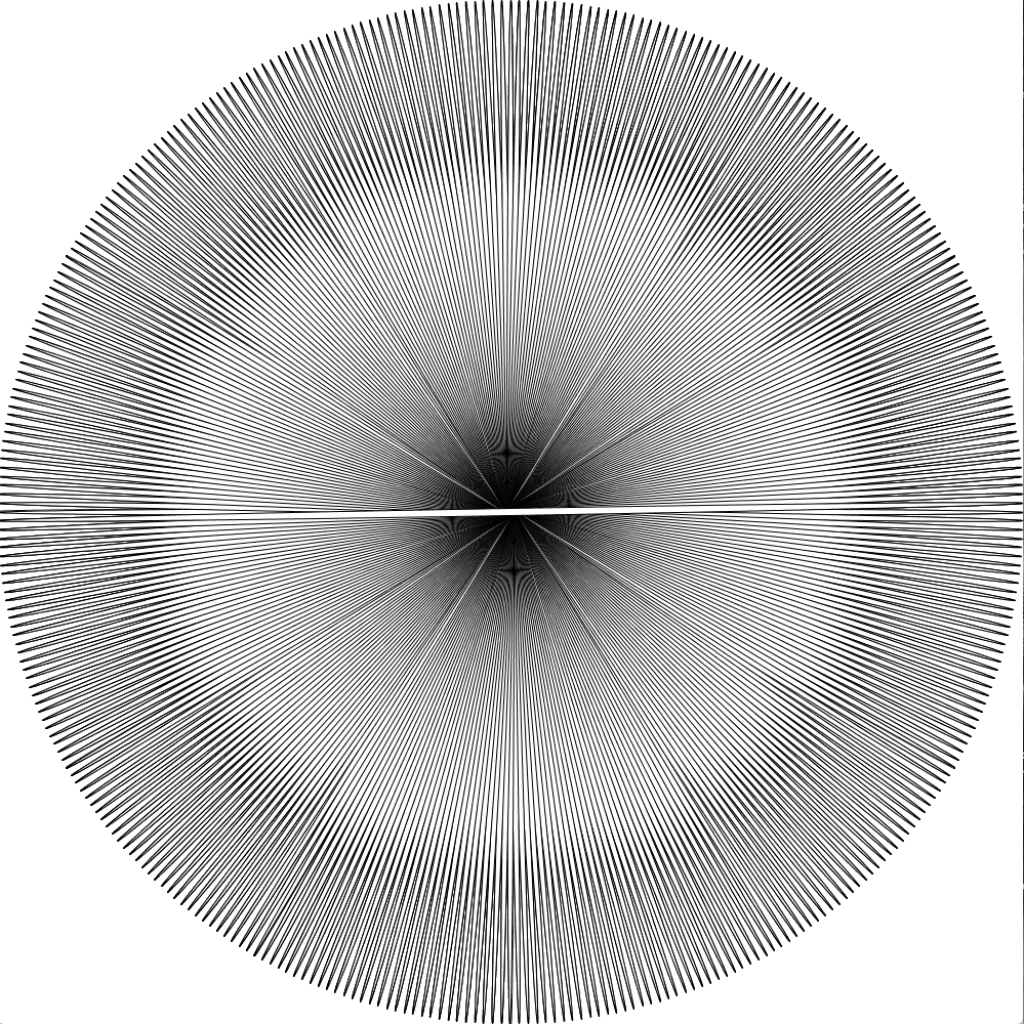 There is an elegance to randomness.  That is one of the beauties of computer art.  This medium allows for the creation of shapes and images nearly impossible for the human hand to make. Furthermore, the ability to create such significant change with such ease allows for more creation and less timely repetition.  Nees really showed me how much variation there can be even within such strict rules.  Everything is controlled, yet random.  Everything is designed yet left completely up to chance.  Every little change makes a huge difference.