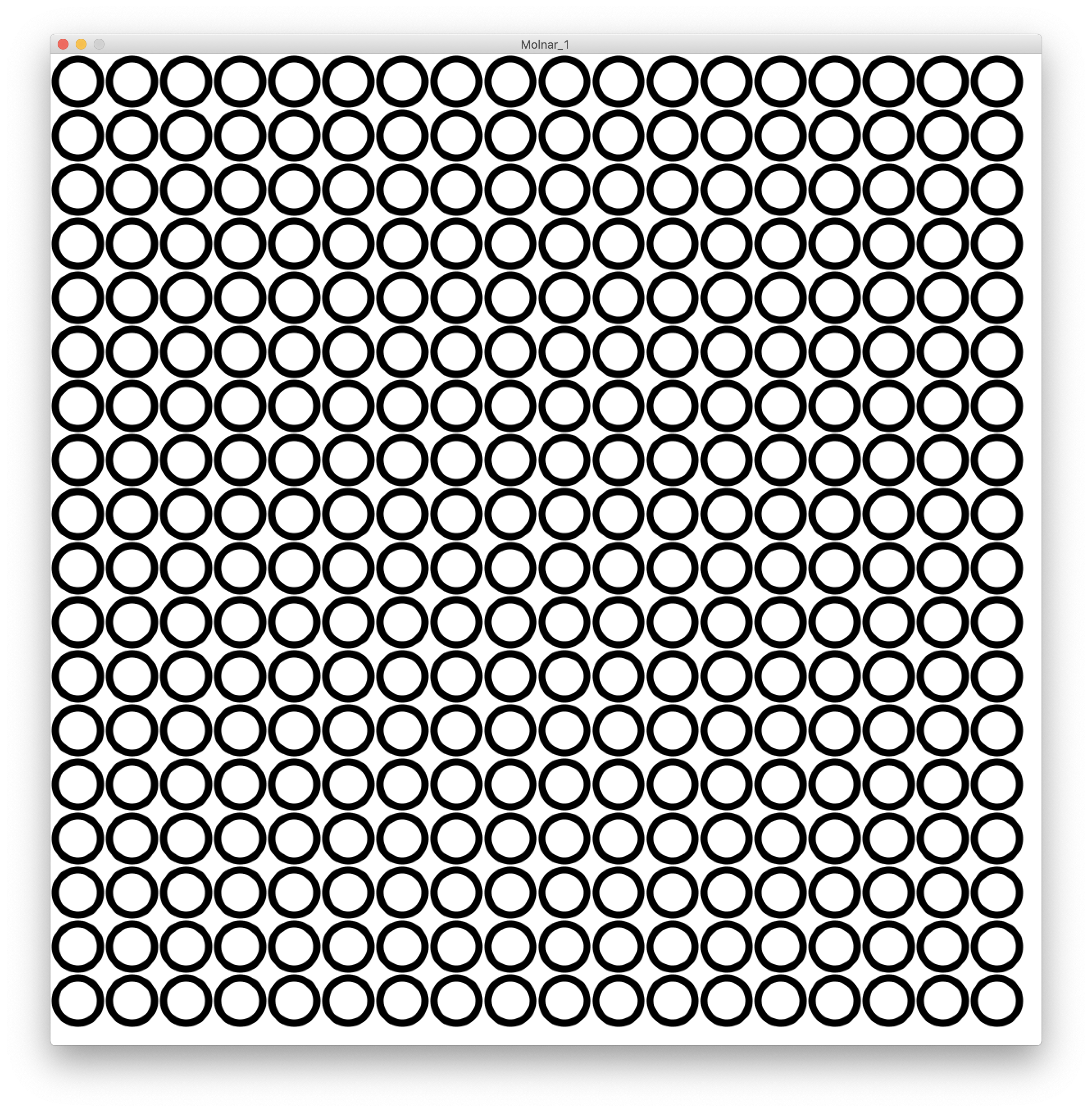 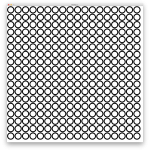 Vera Molnar was a pioneer in computer artwork.  Molnar was born in Hungary in 1924.  She studied, and eventually received a diploma in art history and aesthetics at Budapest College of Fine Arts.  Although trained as a traditional artist, and in 1947 receiving an artists fellowship to study in Rome at the Villa Giulia, she soon after relocated to France, and by 1968 had begun working with computers, creating algorithmic paintings using very precise measurements and carefully controlled primitive shapes.

Using Molnar’s technique, I began by writing a “for statement” which filled the white canvas with white 50 by 50 pixel ellipses surrounded by a black stroke.  This allowed the ellipses to remain unseen and leave only the stroke visible.  Using a “for statement” allowed me to take only one ellipse and repeat it as many times as I would like.

Vera Molnar became well known for her use of gradualism.  She would take her initial creation and, like a controlled experiment, would change a single variable.  Following her example, I took my canvas of 50 x 50 pixel ellipses, and I changed the size of the width and height.  I realized that changing the number of pixels was a change, but I did not find it to be enough.  That did not further my initial creation, but instead just created a slightly different creation; it had not progressed.  I thought about alternative solutions, and eventually concluded I should make the width and height a random number between 30 and 80.  This change, while quite similar, had a very different outcome.  All of the ellipses were now slightly different. 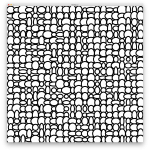 When thinking about the next change, I concluded there was no additional change I could make to this series of ellipses.  I decided to add another layer of ellipses.  Similarly as before, I began with an if statement, and again created randomly sized ellipses.  This time, however, the ellipses were much smaller, a random width and height between 10 and 30 pixels, and I changed the fill to black and the stroke to white.  I then set this second group of ellipses to display on top of the larger ones. 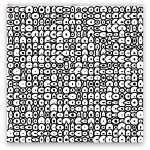 Vera Molnar truly paved the way for the future of computer artwork.  She was an innovator expressing herself through art in a brand new medium.  The gradually changing nature of her work proved to be a successful start to this new form of art. 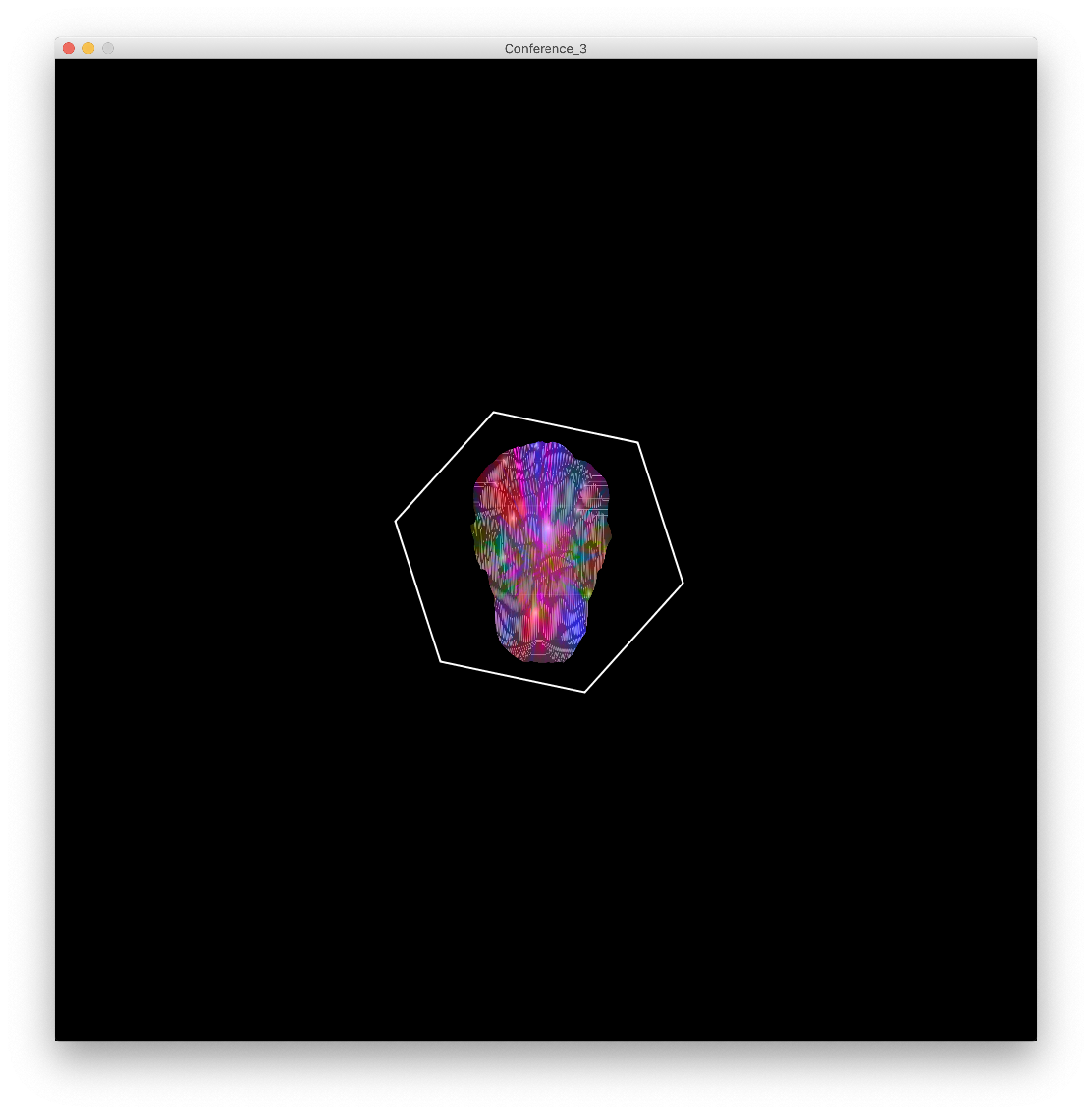 Art from Code: Alone in the Dark 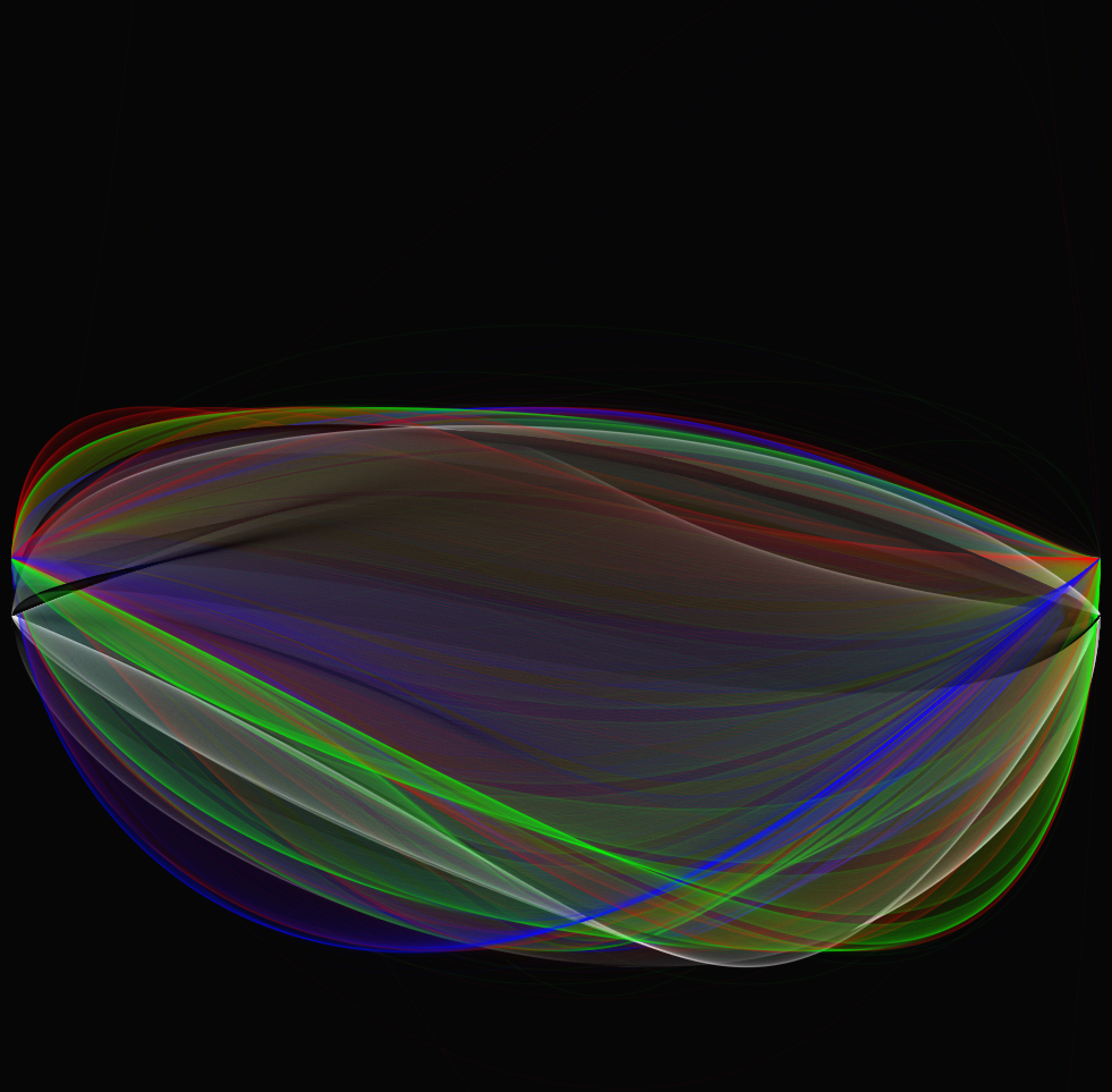