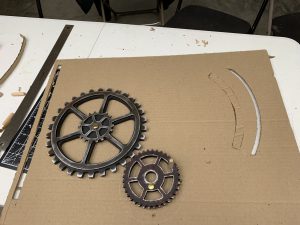 When I first conceived my conference project, I thought about the theme of Marinetti’s “Fast Running Car.” Coupled with the topic of gear in our course, I decided to use two gear drive devices to express my ideas. But after finishing the device, I felt a little too simplistic, and the connection with the high-speed operation was a little reluctant.

So I had a brainstorm, and I decided to express my thoughts with the gear cardboard I was driving to school. Cars that drive at high speeds are not just on motorways, they’re more on the track. and allowing gear to turn on the track can also draw very interesting lines. More importantly, while I cut a track on a large cardboard, the cardboard is left in the opposite shape to the shape of the track. Coupled with the round cardboard turning on the track, I poked holes in different positions so that the pencil could start painting in different positions. It made me think that Marinetti said he thought the machine had defeated nature but I don’t think he had the right idea; in fact, people had different views of the machine, just like the holes in the two pieces of cardboard and the round cardboard. 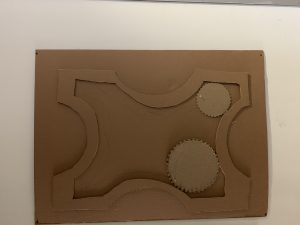 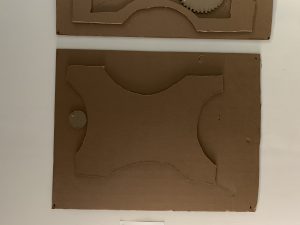 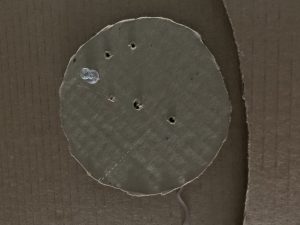 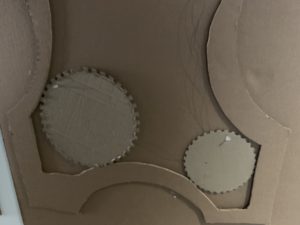 The machine can grow about the same, but you just have to change the details and it can show a completely different visual effect. At first, I felt that what my conference project had drawn was not good-looking, that it had no graceful lines or even a little rough. It’s not as regular as the lines drawn in programming. But then I felt that there was a kind of beauty called imperfection. It’s because you don’t know or you’re not sure what the machine will draw that you’ll want to get to know the machine. This is the charm of imperfection. The perfect machines, built with precision, some people will praise them later, and those slightly rougher machines will arouse curiosity, and people will ask, “How does this work?” “So, I think a machine close to life can also be an artwork. 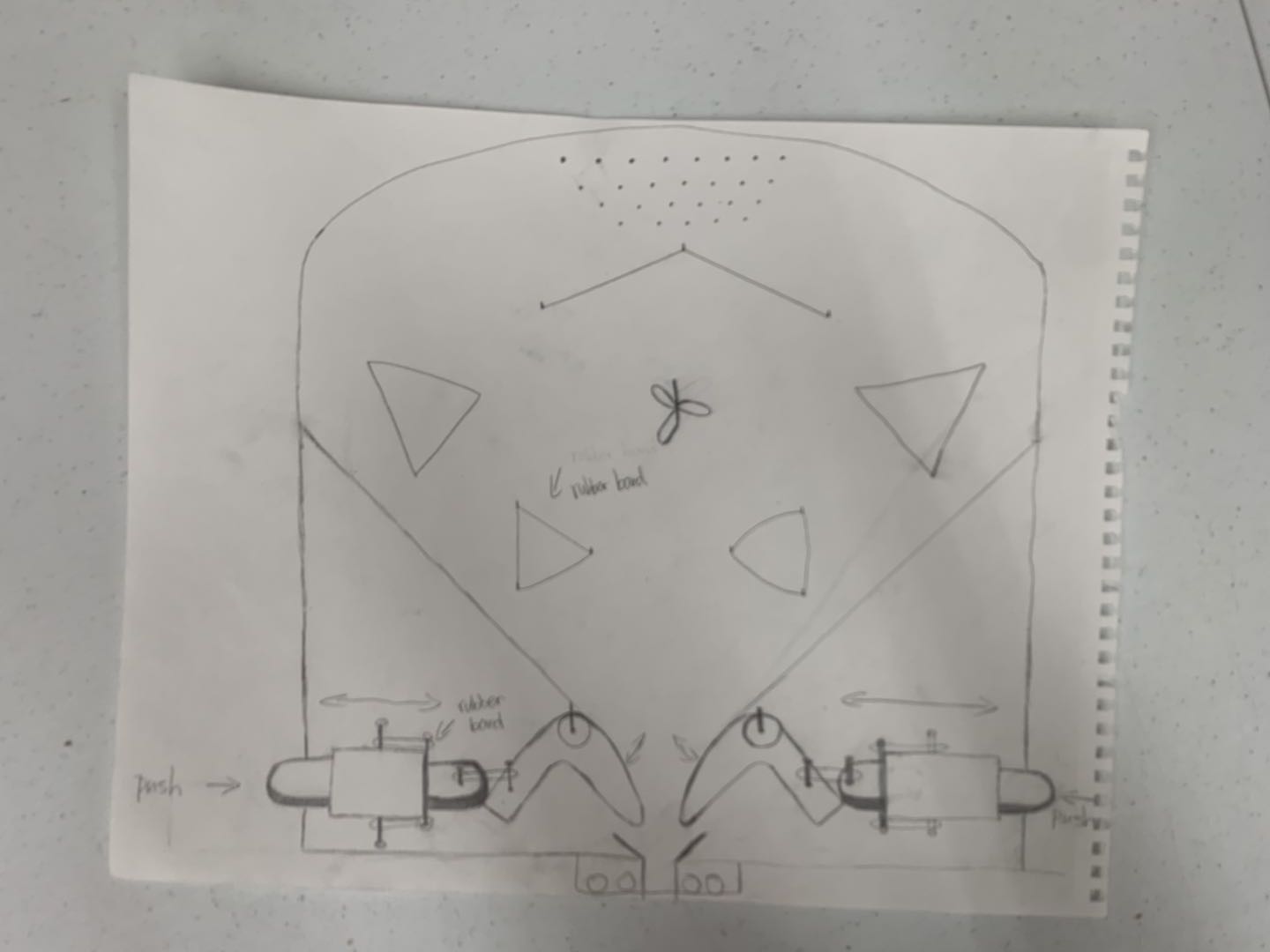 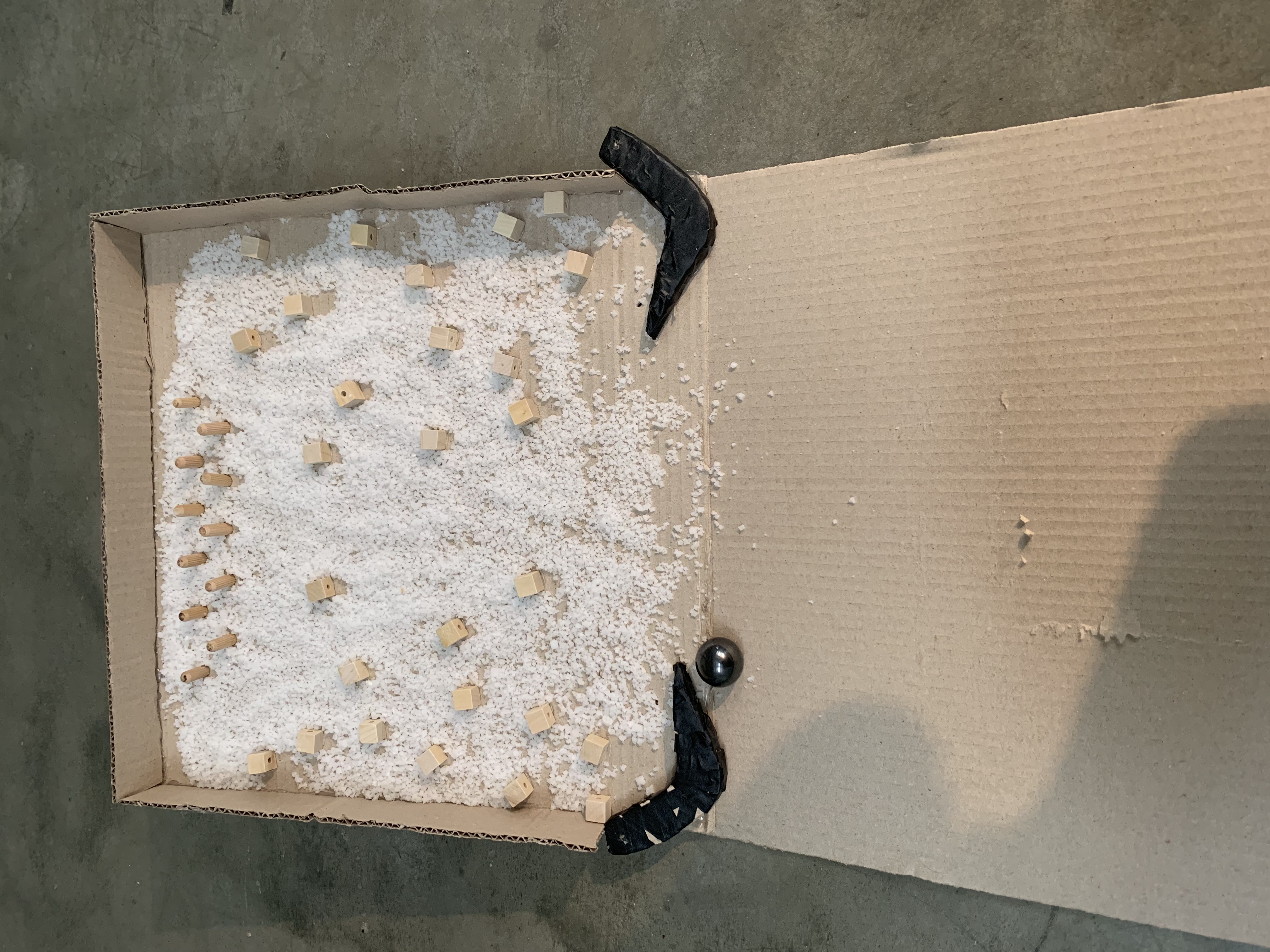 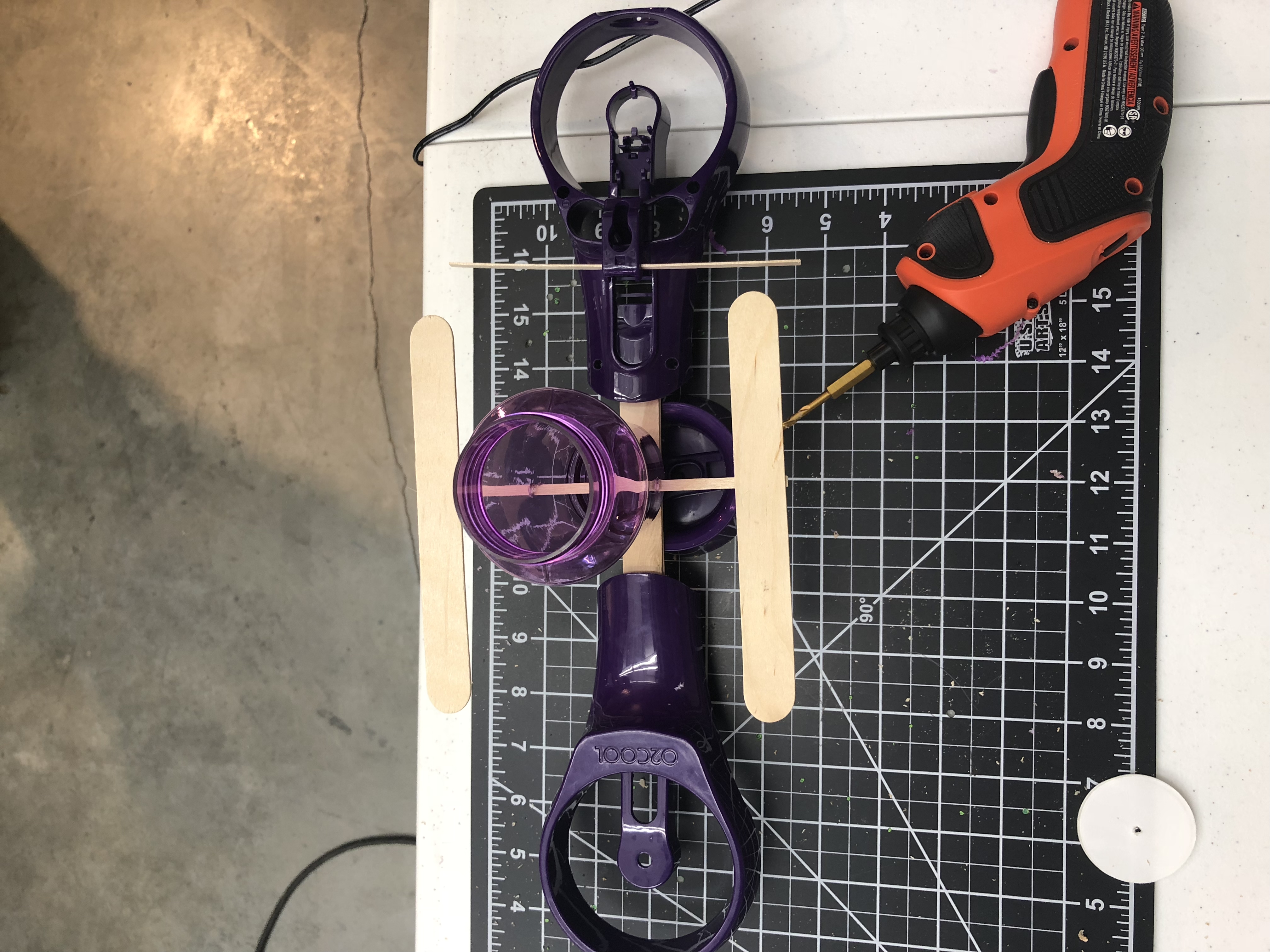