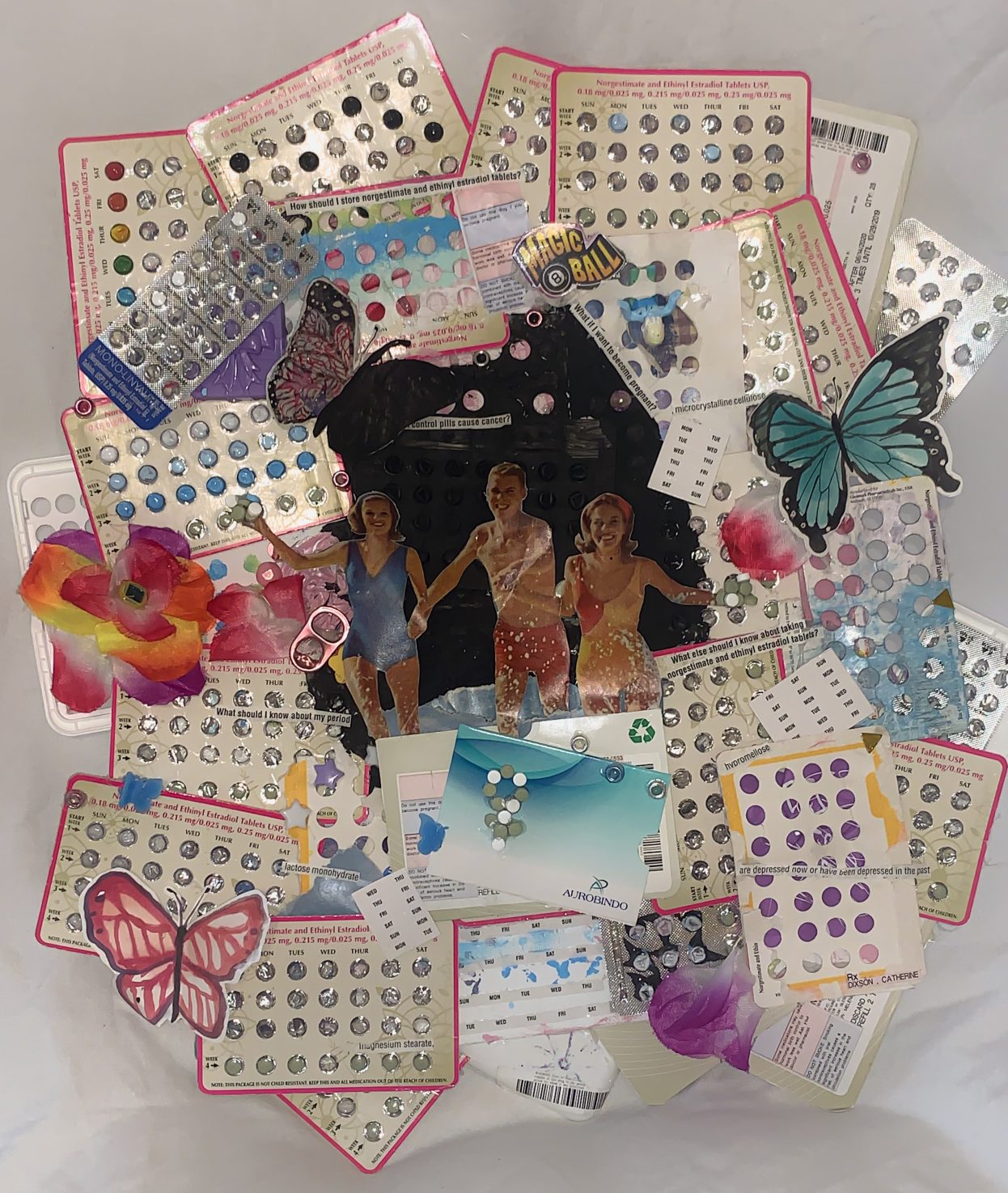 I’ve always liked to collect things, sometimes obsessively. Since I started taking birth control for my acne in 2018, I felt compelled to save the packaging. It amassed in a backpack in my closet over a couple of years, following me as I moved between houses. I imagined turning them into something else at some point but the time never felt right.

When I started to think about my Art From Trash project, I considered the packets piling up in my room but was hesitant. It felt a little uncomfortable and personal to do my first college art project about birth control. I’d never done an overtly political art project and it seemed taboo to put my medication on display. However, I heard the news of the government’s plans to allow companies to choose to cover birth control with insurance or not based on “moral or religious obligations” and felt inspired to express my feelings against it. I wanted to create a bulky piece to represent the weight of the issue surrounding access to birth control and the pressure it puts on women. I allowed myself to dive into the thing I’ve been drawn to collecting for years.

These were no longer just empty packaging. Now they were tools for art which could be deconstructed and altered however I wanted. I was inspired by the work of Joseph Cornell and his Cornell Boxes to create a 3-Dimensional collage.

I chose traditional items that expressed femininity and feminine power. I used only objects I’d found in the trash or around my house. This shaped my idea of trash, I was able to create beauty out of discarded things.

I laid things out many times, trying to decide on the best composition, Eventually I decided to let myself be totally creative and went at it with the glue gun. I added things as I saw fit. I opted to include cutouts from the instructions and FAQ including phrases like “Do birth control pills cause cancer?” and “How should I store norgestimate and ethinyl estradiol tablets?”

I experimented with filling some packets with paint. I used different types of packaging to add variety.

The work of Louise Nevelson inspired me to paint some of the packets completely black. This draws attention to the texture of the object and provides contrast against the other ones.

Instead of signing the piece, I decided to add my name cut out from the prescription.