For my conference project I had to acknowledge my obsessions, give in to what felt urgent–to what I felt umbilically tied to. I decided to take on a difficult story, one that was gnawing at my conscious, unrelenting in it’s persistence to be re-encountered. It is the story of my mother’s mother, a woman I never knew, a code I initially tried to decipher and piece together–but as I came to learn that is not how history is felt and I would never know her through these means.

I began this project in search of evidence and testimony, to acquaint myself with Joan, through the living memories of those who knew her. Very little was said to me and I think I made a few people very uncomfortable…I recognized that this was about what I needed to say. That this could not be a story ‘accurately’ told from reliable sources, dates, and events. I had already collected all of the evidence I would need, this summer, where this impulse was planted. And as I would put this story through my body it would require a reimaging, developing a necessity for an a-linear and a-historical mode of story-telling.

My mother wanted to fly. I couldn’t let her go that way. We took a car, 18 hours straight–one turn of the Earth and we were there– the whole time pulled by the gravity of this magnetic and carnal drive. Crossing the country we crossed borders into the underworld, a past-present, held in the site of Duluth, MN. The birthplace of my mother and her’s. There were groans in the pipes, faceless men at the door asking for entry, and people who drove without wheels here. It was a place that hadn’t been touched since the 50’s and then the 80’s, quaint and industrial, forgotten yet screaming.

The final image, and one of the only ones, I would have of Joan was through a screen, embodying the liminal ‘border-space’ (to use Bracha L. Ettinger’s term) between life and not-life. A body that used to house a person, that technically still did, but also fundamentally didn’t. I still wonder what it feels like when that piece of a person still holding on finally lets go, when the ‘I’ finally leaves, going somewhere only they know; does the air in the room change?

I wanted to remake this image, of her stretched open mouth awaiting its final breath, I wanted to make contact with her paper lips and paint them–how she would have, red. While I still was inhabiting the site of her genesis and my mother’s, and thus my own, I was told a story, the one about how Joan would become a mother. It takes place on the stairs of her home with a railroad conductor’s son, the conductor is her father’s boss, she was 19. She did not want to become a mother. The son got to slither away from the crime he had committed, protected by wealth, status, and fear. Another choice was assumed for her. She had the baby. She was sent away to a convent, cared for by nuns, and when her daughter was born she would set her free. Robin is what she would have been called. She was passed into the hands of a water-color artist who would take her into the desert.

I wanted to remake that final image of the end and reimagine that memory of a sinister Eden. I would make those stairs an altar. I began with a collage, that took images from articles/magazines about women in the Bible, as I was initially focusing on religion as a site of epigenetic trauma. I began to visually retell this creation story as a multimedia sculptural installation. With the prototype of my stairs and the found headboard of a bed acting as Jacobian ladders over and through thresholds of what seemed impossible to move past, this maternal parthenogenesis took shape.

I attached letters and postcards she had written to me, with this red thread, a stand-in for the blood-web flowing inside me, and the temporal ties of a history that takes place before my particular time here. This would be the prototype for a larger performance, where I would include these sculptures and the story of both beginnings, to embody a personal and canonical history.

But first the ‘other’ Joan had to be introduced to the project. I connected this historical figure to my story as she was also a deeply religious women who had to embody defiance through conformity. I wanted to remake and embody vernacular photographs of my Joan, and historical paintings of Joan of Arc. Utilizing a temporal drag to inhabit the ‘other’ as self and the ‘I’ as an ‘other,’ in one space and one time, the past through the present.

Recreating historical images of Joan of Arc as Joan and as myself, I wanted to make the final moment on the altar stairs coincide with Joan of Arc’s final moments at the stake. At 19, her life taken against her will, yet as her story sustained it’s re-telling throughout history a symbolic re-birth occurred.

I made my own stairs, to be the sight of my self-emmanation at the stake. This was a very difficult process that required physical labor and endurance. I cut the wood with a handsaw and assembled what would hold me. (In later renditions of this work the sculptural element of the stairs is something I would like to give more aesthetic consideration, but just getting them to practically work was a steep challenge in itself.)

In the culmination of my work I made a video that would visually coincide with the reimagined narrative I wrote, telling this story as if it were a parable. My maternal lineage spoken through the regeneration of birds, the threats of serpents, and the portals of the mouth/the voice it houses.

In keeping with the ideas of the initial genesis collage, of housing multiple fabrics of space and time, I layered my video and audio (of my mother speaking in tongues, distorted and muddled) to make a complete collage of the reimagined genisis-at-the-stakes.

This project is on-going, I feel I am just at the beginning, wading through murky waters, confronting the haunted air I breathe, discerning how to speak through it; what will carry my resonance?

I am thankful for the generosity of this class for allowing me to explore something so personal yet undefinable, for assisting in bearing “wit(h)ness” (to borrow from Ettinger again) to a history I can’t claim.

I am beginning to map my role here in this terrain, as an artist, giving creative birth and regeneration to these events. I often think of myself in the context of my family, with great shame sometimes, that I am the period at the end of 5-7 million year sentence. An only child, a lover of women, a woman who will never be a mother. To literal children at least, I now think of Monica Sjoo in an anthology of priestess essays called Voices of the Goddess, describing the “Birthing Woman [a]s the original shaman. She brings the ancestral spirit being into this realm while risking her life doing so. Women bridge the borderline realms between life and death…the power of original creation, thinking is connected to the power of mothering. Motherhood is ritually powerful…because bearing, like bleeding, is a transformative magical act. It is the power of ritual magic, the power of thought or mind, that gives rise to biological organisms as well as to social organizations, cultures and transformations of all kinds… ” And I believe this is also the role of the artist, going into that inbetween space, risking the self, and bringing a piece of that underworld to the surface through intense labor.

I would also like to insert these quotes that were floating in my mind before, during and after this project. As guiding and transformative voices

“The place of art is for me the transport station of trauma:  a transport station that more than a place is rather a space, that allows for certain occasions of occurrence and encounter, which will become the realization of what I call border-linking and Border-spacing in a Matrixial trans-subjective  space by way of experiencing with an object of a process of creation”

“In what ways can art be considered a kind of psychic working,  and I do not mean a therapy or a cure, but a transport station for trauma, staging of potential encounters and occurrences which allowed the necessary duration for working through a psychic event in finding a means of living with it?  Morning is a work overtime that does not remove the pain of loss or disavow the death: it enables the Survivor to live in the knowledge of that which, at first, overwhelmed with unprocessed shock and grief.  Survivors mourn to live beside death,  to reclaim the eros, life energies necessary for a future.” 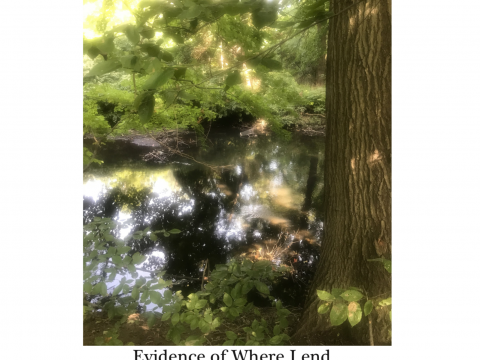