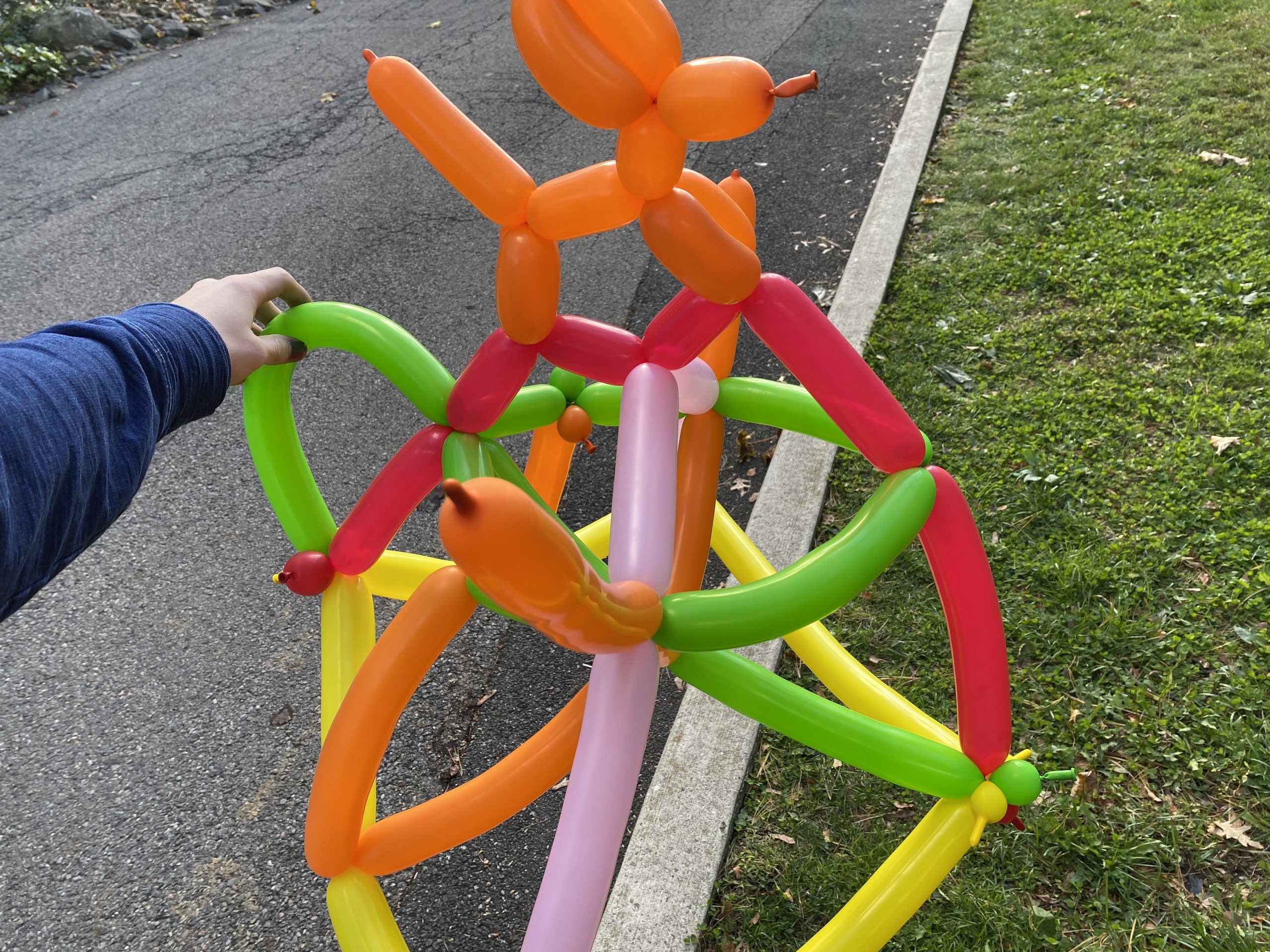 To truly make sense of the clown incursion of 2016, a conventional view simply wouldn’t do. Articles, diagrams, even maps of the Unites States of America and the UK showing everywhere a clown sighting occurred don’t tell the whole story. To known the clowns, you must become a clown. Thus, The Entire Circus.

This colorful balloon-based sculpture seeks to communicate all the necessary information about the spooky 2016 clowns via invisible ink which the viewer must illuminate with a provided black light. Without the light, we only see the surface level of the event – a strange bit of fun that ended just as suddenly as it started. But with the light, we see a saga unfold covering details from clown sighting locations, to arrest reports, to the conclusion at the sculpture’s apex that we, in the end, are all clowns here.

Every balloon bar the handle and the base has some sort of writing on it, each color-coded by informational type to determine which piece would go on which balloon. No details ever repeated except for the statements on the crowning dog which were scrawled all across its surface. Aside from the balloon dog on top, the piece contained no conventional balloon structure shapes and was crafted with more of an organic approach which developed as the piece did, echoing the clowns themselves that were inspired by a film set and grew outwards from there. Within the web of balloons, however, every strand is connected and eventually leads back to that one dog that crowns the whole piece. 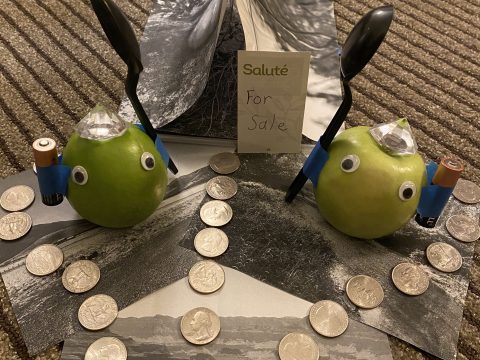 Paranoia as a System: The Paranews Network 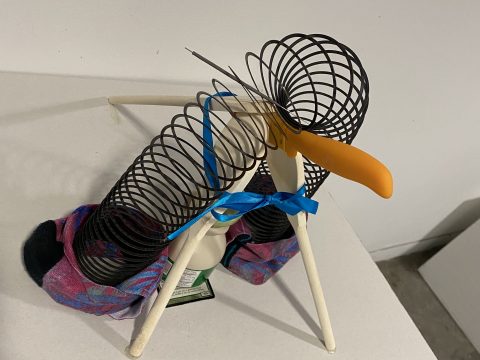 Paranoia as a System: Bearclaw