This piece was primarily constructed with objects found in the woods or collected from friends. These materials include but are not limited to styrofoam packing peanuts, broken glass, bottles, a candle, forks, a doorknob, mismatched paraphernalia, a Hawai’ian lay, and found plant material.

I immensely enjoyed the process of collecting materials in nature as this object was built to ward off the anxieties I have about climate change and human impact on nature. Glass, even though man made, has a deeply earthy and comforting aura that adds to the feeling of protection that comes off the piece. The three objects on the glass base represent creature comforts to find solace in; food and wine, nicotine and time wasting toys, and soft candle light. The mirrored base serves to remind one seeking pleasure in these comforts that only we can stop the environmental damage that may come from them. The clouded base represents how unreachable and out of touch a life full of only escapism is today.

What first inspired me was the height I could get out of the wine bottle and forks. With the other bottles around the base it gave the structure the shape and movement of an exploding volcano. The glass was added around the bottom to play with the colors and light reflection of the glass, but in retrospect I believe the glass could have been utilized better to achieve this effect, (such as breaking the glass smaller and creating an angled rim around the bottom of the structure). Foliage was added around the glass to play off the green in the glass and add to the natural aesthetic. The styrofoam clouds and blue baseboard were a regretted last minute addition. The piece needed context to exist within, but a better solution would have been installing it in nature, such as tall grass, and allowing its’ audience to stumble upon it. Instead, the clouds serve to further decontextualize the piece and take away from the color pallet of the inner objects. The piece fell victim to not knowing when enough is enough. If any future changes are made, the first will be smashing the coke bottle with a hammer and letting the miscellaneous insides flow onto the baseboard, better intertwining the two distinct pieces. However, for now I would consider it finished. 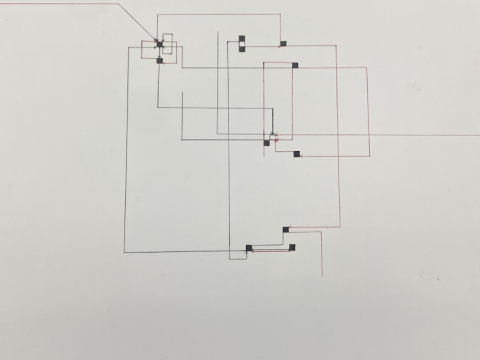 Paranoia as a System: Jonestown 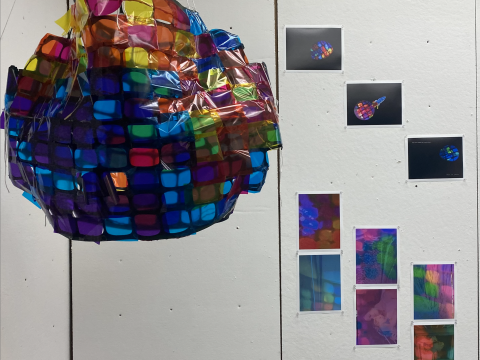 Paranoia as a System: What’s Left?