The Loss of Brown began as an exploration of my own paranoias, where a sense of ration irrational fear lies. The Loss of Brown was an attempt to return to a paranoia that has been with me for much of my life, one that is less traceable, more abstract. The Loss of Brown documents the identity washing that occurred on my trips back home from the Rio Grande Valley while growing up in Texas.

The Loss of Brown is an homage to the culture and power of South Texas. It leans heavily into the mestiza consciousness that Gloria Anzaldua proposes in Borderlands as well as my own experiences moving between the mestiza. There is an emphasis on the parts of this journey that have given me anxiety throughout my life. The border checkpoints that my family and I would have to cross, within our country, drove my paranoia as a child. Wondering what it was these agents had to judge our citizenship on when all they asked was if we were US citizens.

The Loss of Brown is made up of 4 large paper canvasses. The canvasses connect together to create an image mapping the journey from Matamoros to San Antonio. A tale of the emotional impact diaspora had on my people, the abstract painting used in it visualizes what this act of migration, integration, and loss has on the psyche. Utilizing collage, finger painting, and brushwork, the psychological and physical toll of the journey is conveyed.  Surrounding this is the harsh painting of the enclosed area this migration occurs in. The Rio Grande Valley is its own world, and my map in part aims to give it a value that is often neglected by those unfamiliar with it.

There’s an unfamiliarity with the subject that most viewers will feel when looking at this piece. The Loss of Brown forces people to explore an experience unknown to many, a world that holds the story of migration in its sand. 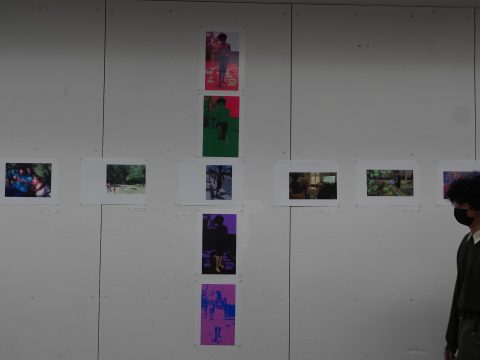 Paranoia as a System: Autobiography of a Straw 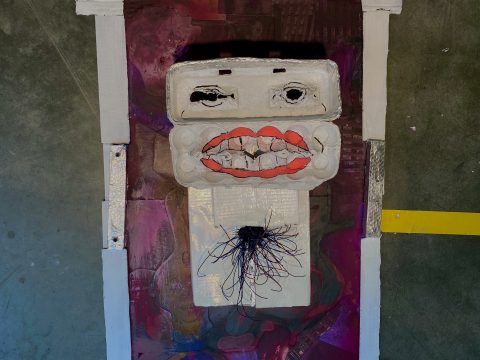 Paranoia as a System: The Curator