When I first began work on my conference project, I wasn’t really sure what I wanted to do. I hadn’t ever had to make a physical conference project before, only written papers, so at first I just decided to make a mechanism to make drawings bigger, since that seemed like the sort of thing I’d be able to make.

I made preliminary sketches, acquired some cardboard, and made my first prototype.

The first version was fairly wobbly, since the cardboard was kind of flimsy, so it made it hard to lift up the marker when I wanted to, and resulted in a lot of unnecessary lines that I didn’t want. I also noticed that while the drawings the machine produced were bigger than the drawings I had originally made, they were less than two times bigger. To fix these problems, I decided that I’d definitely need the “arms” of the machine to be sturdier so I should reinforce the cardboard, and I should experiment with the length of the “arms” to see if that would change the size of the drawings the machine produced. I also experimented with not using a separate base to anchor the machine, by physically holding the wooden peg that otherwise would have been attached to the base.

When I tried out my new prototype, I noticed that it was sturdier than the first one, but still not sufficiently sturdy, so I decided that cardboard wasn’t the right material for the machine. In addition, I had shortened two of the legs but not changed the size of the others, so the drawings that the machine made would sometimes curve due to its reduced reach.

I wanted to improve the machine, and thought of other ideas that would make it more varied and interesting, such as putting holes in different positions on the “arms” so the pencil placement would vary and hopefully make different drawings, or adding more markers to the drawing arm so that the machine would copy the drawing twice, but it still didn’t feel good enough to turn in for a conference project, until I had an outside crit and received the advice to try to let the machine have more input into the final drawings.

Inspired by this advice, I immediately made new sketches, the first of which still involved me drawing with a pencil while the machine drew along with me. I thought about it more and decided that this idea wasn’t likely to work out correctly because of the placement of the helper strings, so I went back to the drawing board and came up with a new sketch that ended up much closer to my final product: a machine that had handles to pull the center platform (and the marker in it) along a piece of paper.

Satisfied with the new concept, I went to the craft store and got some foam board, stretchy string, and crayola markers, and assembled my new machine. While I had originally planned to cut slits in the base foam board and stick dowels through them to attach the handles to, I realized that the foam board I had used as a base was really thick and my small x-acto knife wasn’t a good tool to cut it, so I left the handles unsecured.

This machine was a lot harder to draw with than my original, but nevertheless I kind of enjoyed the way it didn’t require me to be as precise, and I realized that it reminded me of playing with an etch-a-sketch as a child and my struggles to create good drawings on the etch-a-sketch, a concept that I actually really liked.

After that I was pretty much finished; I thought about adding knobs that you could turn like etch-a-sketch knobs to really lean into the concept, but after I made them, I figured out that they wouldn’t really give the piece more mobility, and would require two people to operate all at once so I dropped the concept. I also thought about cutting slits in the walls of the machine to improve mobility, but I thought that might add too much motion, so I didn’t do that either. In the end, I just hot glued the marker down to the center platform, named the machine Drag ‘N Draw as an homage to etch-a-sketch, and decided I was finished.

Creating a drawing machine was an interesting, sometimes frustrating process, but ultimately I think it was a good one, because it required me to do a lot of thinking and problem-solving that I wouldn’t have had to do had I just taken a course where I wrote a conference paper instead. 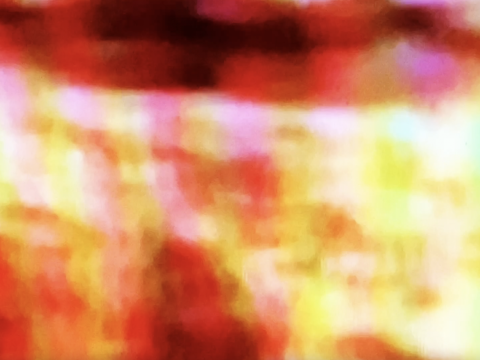