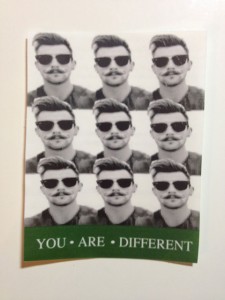 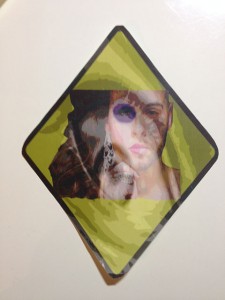 Strategy in terms of the ‘Reframe’ and ‘Making the Invisible Visible’ readings:

For the first image, I took part of the SLC brochure slogan “You are different. So are we.”, and contrasted it with uniform rows of pixelated ‘white hipster’ faces. It’s meant not so much as an indictment of hipsters as what I perceive to be a lack of diversity (racial, socioeconomic, ideological, etc) in the student population. And the school admin really isn’t that different. Also, I just thought it was funny. I wanted to take the idea of repetition further, so I printed a sticker sheet to install in several different areas of the building.

The second image was created specifically for the space I had in mind: the restroom. I took the original image, which was positive, and reframed it by adding a black eye, a warning sign in the background, and overlaying it with an angry-looking eye. The intent was to bring up people’s expectations in gendered spaces, and to highlight that the restroom can be an uncomfortable and even dangerous space for those that don’t look like they ‘belong.’

These are the stickers installed in their spaces: 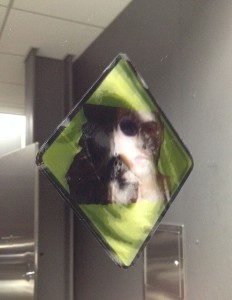 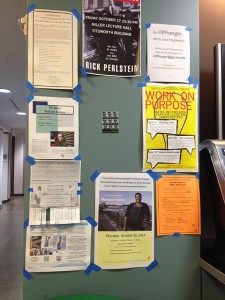 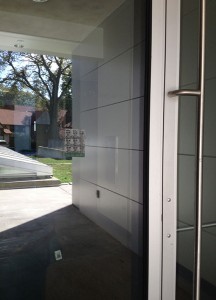 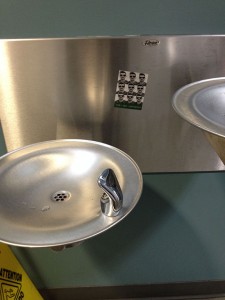 The first image was installed in the 1st floor women’s bathroom, on the mirror between the two sinks. The eye ended up having a really cool holographic effect. Since Heimbold isn’t really a hangout space, I installed the ‘hipster’ stickers in various high traffic areas on the 1st floor: in the middle of some ads by the cafe, by the water fountain, and on the side door next to the computer lab. I installed them on Wednesday evening, and they were taken down shortly before a Board of Trustees meeting in Heimbold on Friday afternoon, so I put some of them back up.

The visual code in the building makes an assertion of functionality and prestige, using concrete, crisp white hallways, large glass windows and the prominent Barbara Walters Gallery. However, the walls are surprisingly bare for a visual arts building, and the hallways feel a little claustrophobic. There is also lots of underutilized space. Overall, it feels sterile, uninviting, uninspiring and soulless. I tried to subvert this with my sticker project on identity, by putting up images that reframe ideas and invade spaces, in high traffic areas. 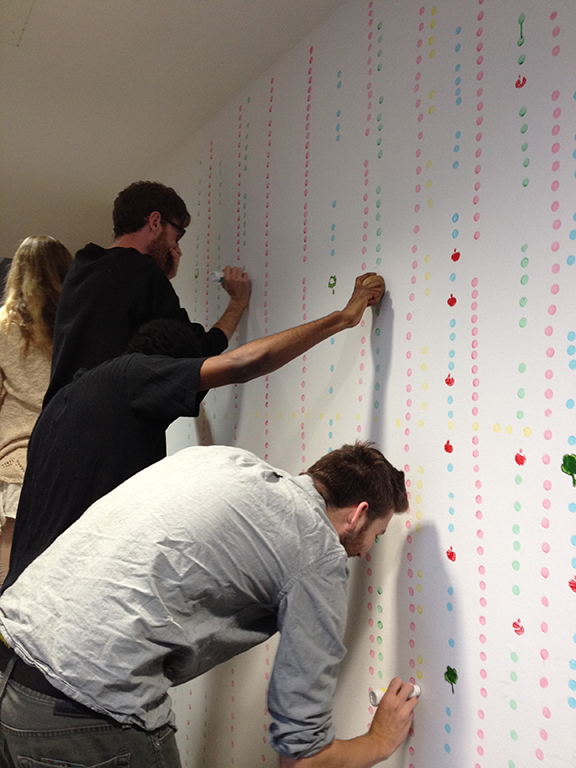 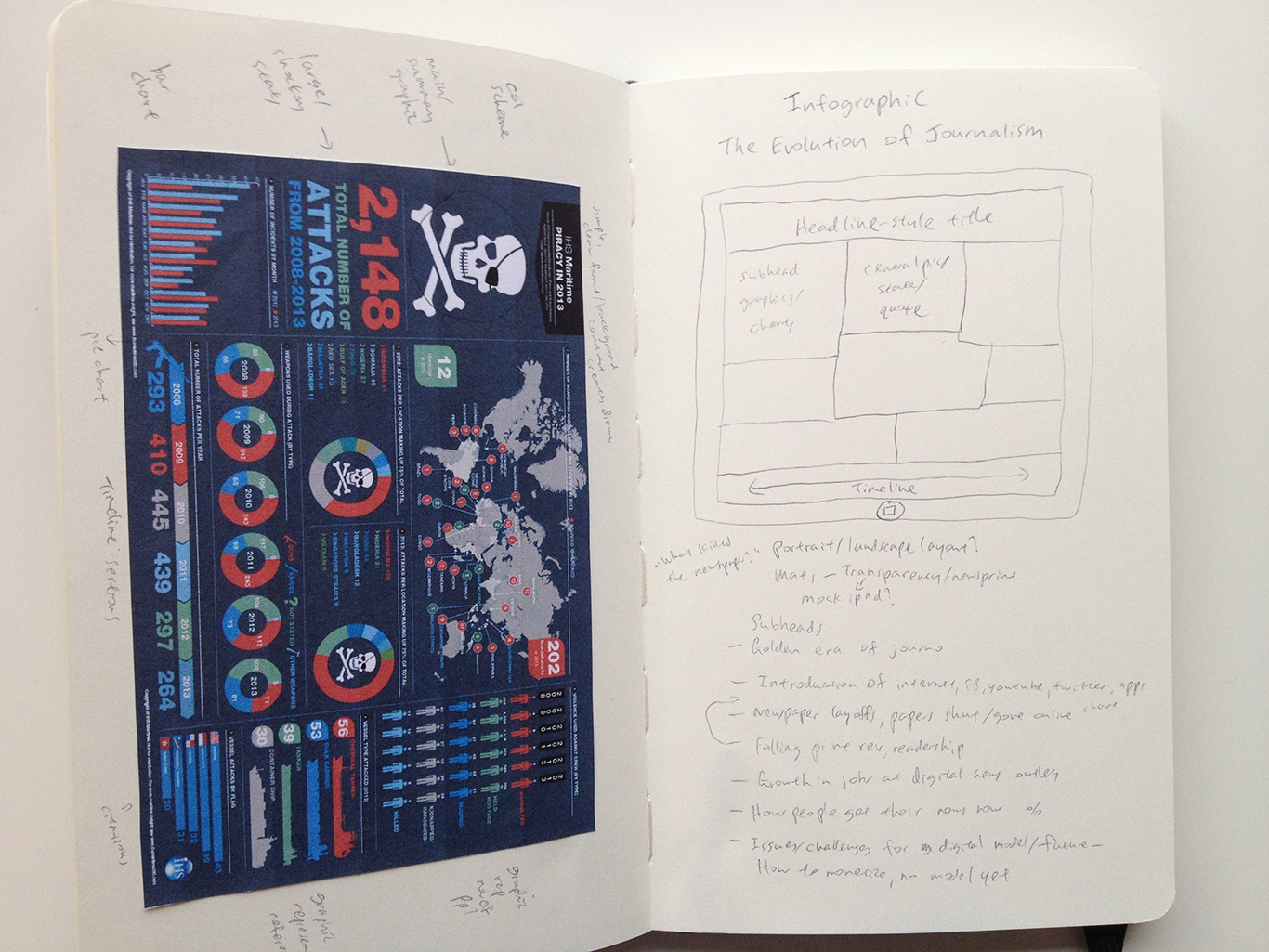