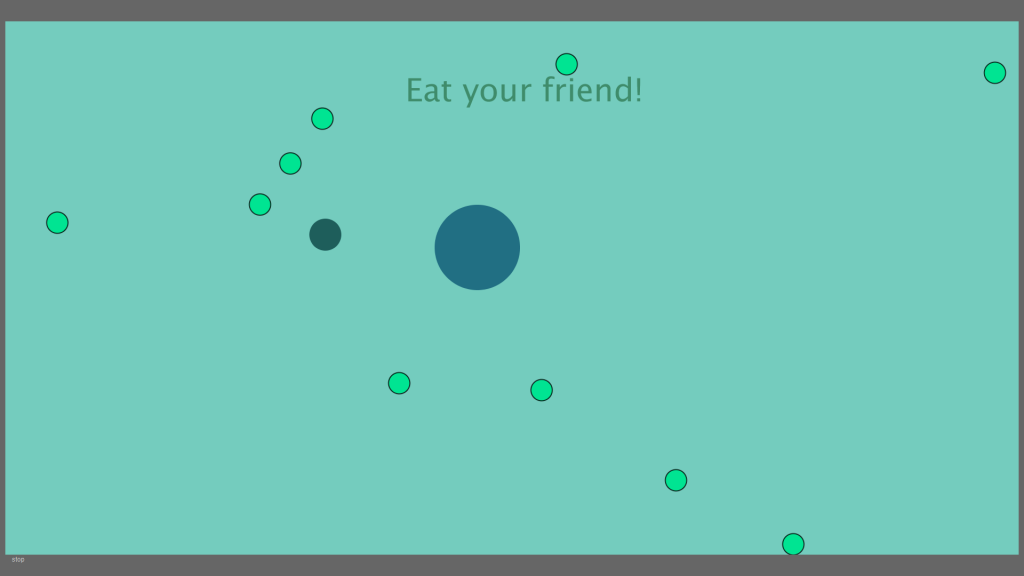 Eat Your Friend is a local multi-player game in which you and another person compete to be the largest amoeba in the petri dish. This is done by making contact with the aimlessly floating particles, thus absorbing them into yourself. The first player is controlled via the mouse, and the second player uses the “w”, “a”, “s”, and “d” keys as a directional pad. At the end of a 5 second count, the larger player may consume the smaller player. The first player to do so wins. 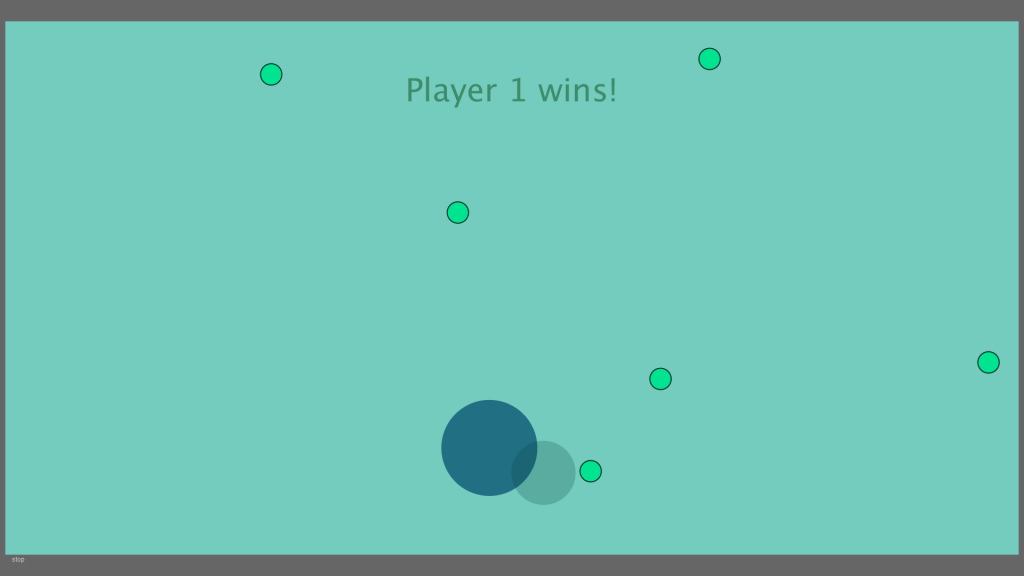 The source of the challenge in Eat Your Friend comes from the other player. They are, in essence, the “bad guy” of the game. You must be swifter and more precise than they are in order to win. The terrain is exploited by the other player as they, in theory, have as much control of the space as you do, and are able to take the life sustaining particles for themselves in order to do you in. Failure and reset teach controls and strategy. Perhaps rushing towards the particles far away from the other amoeba didn’t work and resulted in a loss, so now the player tries to steal particles away from the opponent instead of hording his or her own stash. 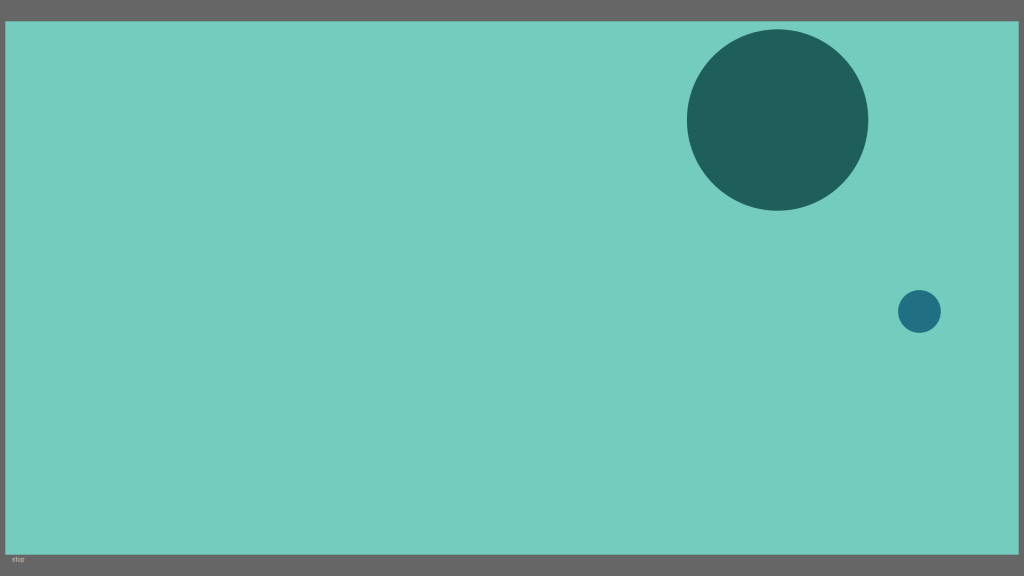 My change list for this game focuses mainly on the mechanical side of things. During playtesting, the second player would very often become lost outside of the screen, making controlling it difficult and confusing. Adding a boundary that pushes back the players from the edge of the screen may solve this. Also suggested was an update to the aesthetic of the game, rounding out areas of the background to make it appear as though the game was taking place inside of the petri dish. In order to constrain the players to the dish, the dish itself would be a physical object capable of collision.

Playtesting also revealed that players initially had trouble figuring out who was who. A change in the background, making two sides of the dish apparent through changing color, could fix this issue.