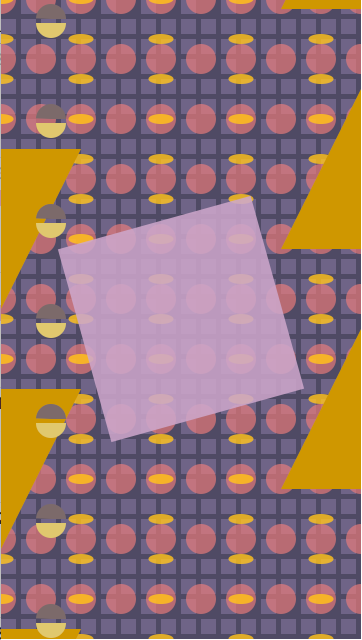 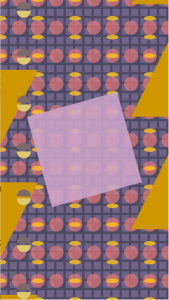 To start this project off, I looked through the works of Josef and Anni Albers because I love the way that both of them use colors that are somewhat muted yet also rich. I used the digital color meter to get different RGB values from different pieces and saved some of my favorites for later reference. I originally thought I would do something inspired by to Josef Albers’ squares series by having my background grid be completely squares, with some squares larger and in different colors, to see how the two colors paired together. After trying this, however, I thought the larger squares would look better as circles. 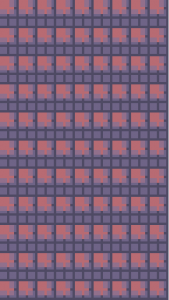 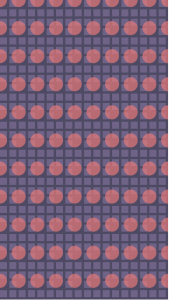 While looking at their paintings, I found one by a contemporary, Carmen Herrera, that inspired me to have the moving triangles on the sides of the wallpaper. I had the triangles pointing different directions and moving opposite directions based on the painting. 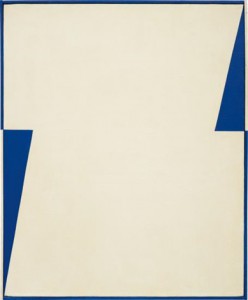 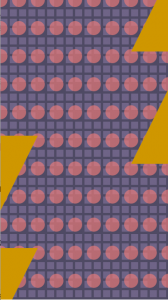 To further oppose the vertical motion of the triangles, I wanted circles to bounce horizontally across the screen, and then because I had been trying to utilize white space and different opacities, I decided to have the circle be comprised of two arcs that were slightly separated. 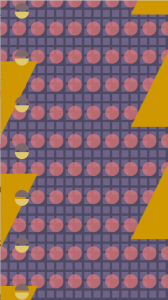 The canvas was looking pretty dark at this point, so I wanted to have a central, light figure that was rotating. I decided on a square to go against the circles in the background and the bouncing circles, and I wanted a light purple to go with the dark purple background and to further lighten from the background squares. 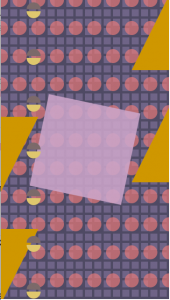 Once I had reached this point, I felt that the background of the photo had kind of become detached from the rest of the piece, so I added ellipses in a different shade of yellow to make the entire thing more cohesive and also make the background pattern pop more with the interaction between the pink and purple with the yellow, creating the final product. 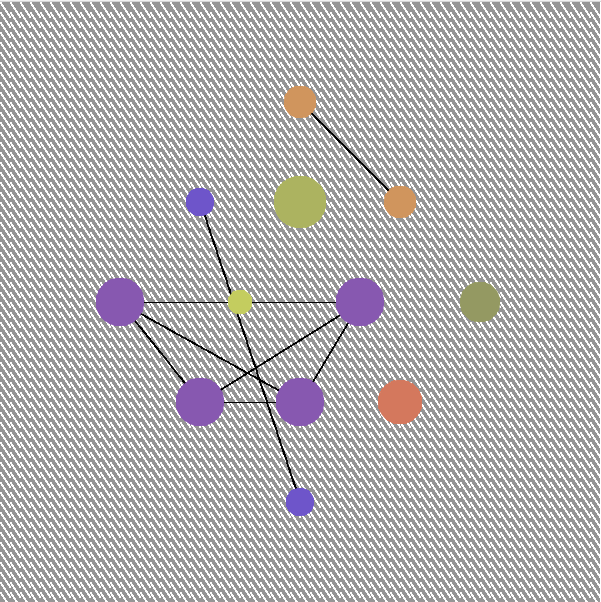 Art from Code: System — The Eisenberg 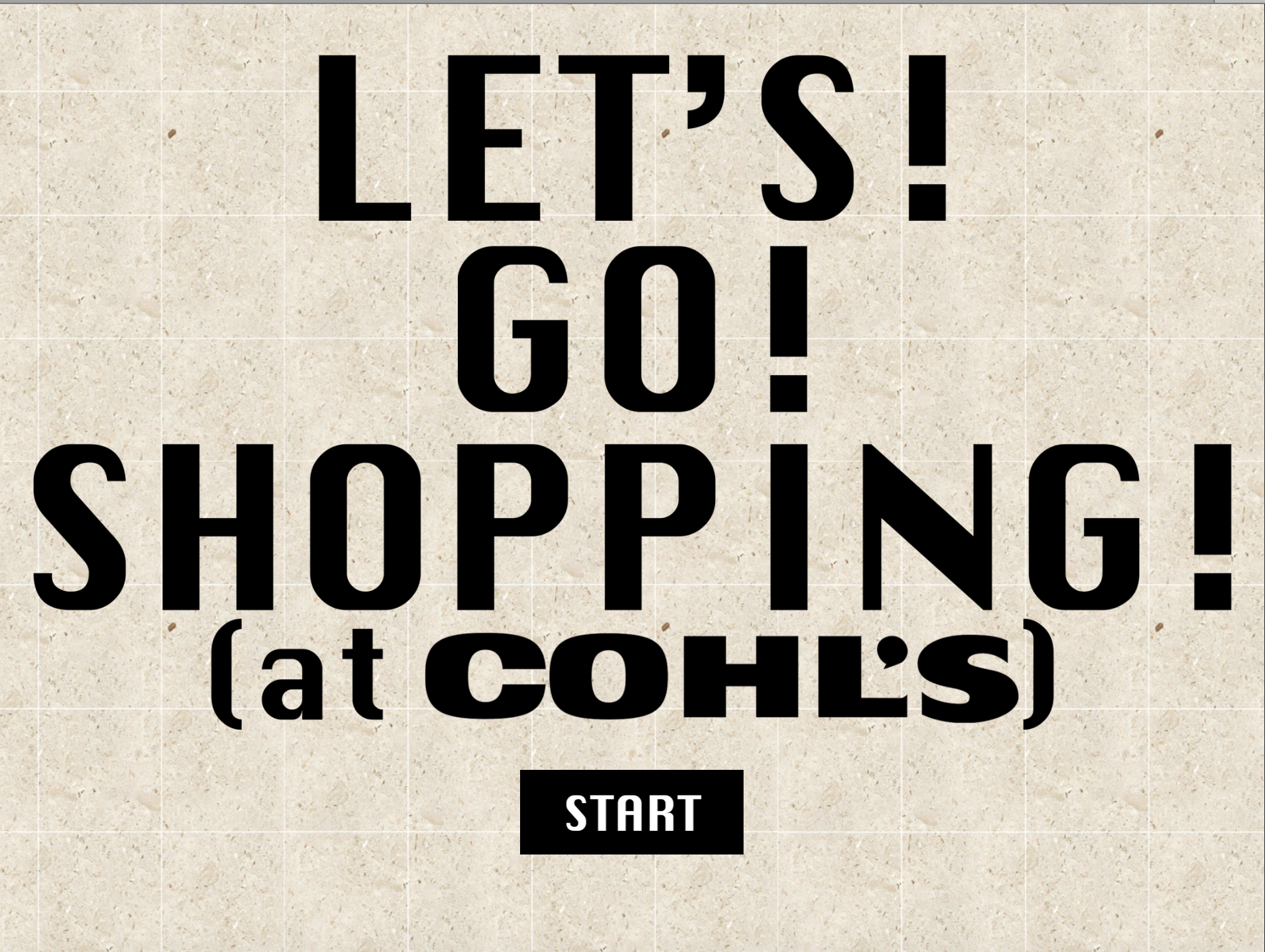 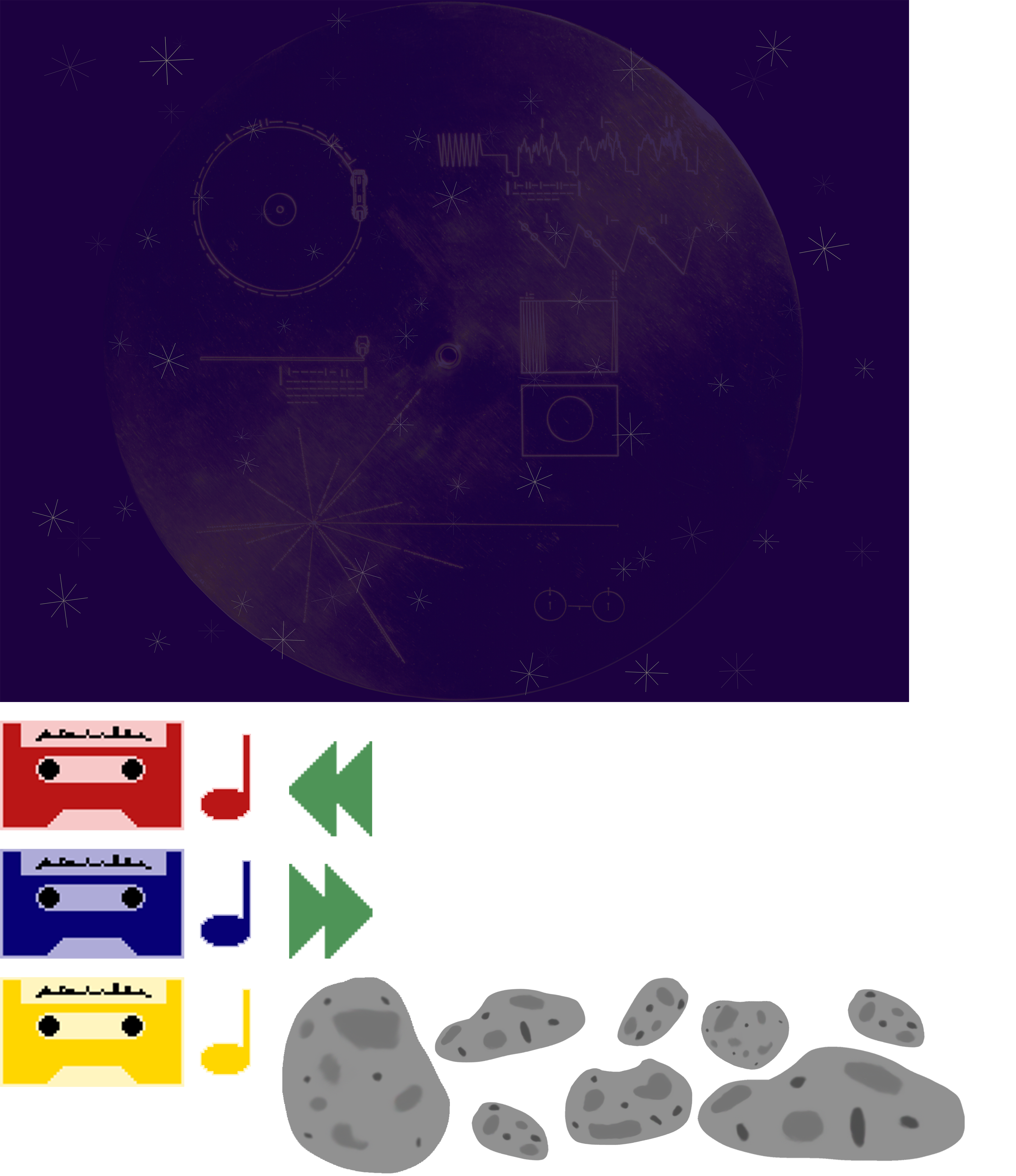