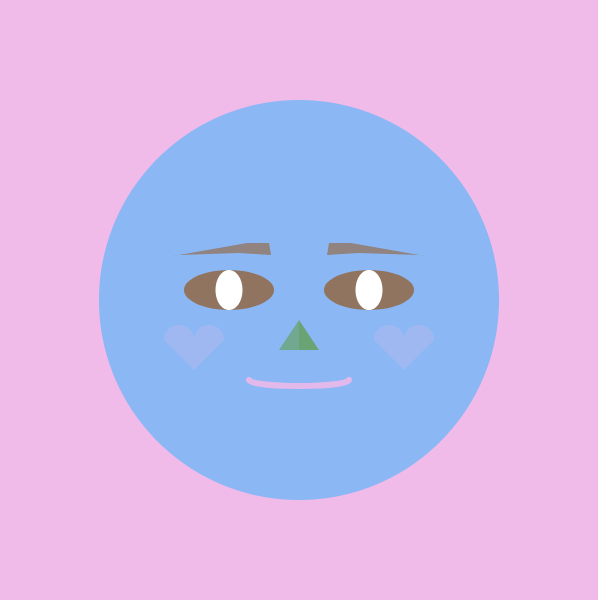 Before I put anything down on the page or in Atom, I knew that I wanted to have a basic face for my self portrait, and (since color is very intriguing and important to me) I wanted to have three color schemes — one from a photo of my choice and two photos from my two best friends (one photo for each of them). I wanted to do this both because of my love of art and because of my closeness with my friends. I didn’t feel that a self-portrait that only had colors I had chosen would be representative of myself, and I thought that if the color scheme changed with different forms of the face, it could show how I feel different and fill different roles with my friends. Before I decided these color schemes, I drew a basic sketch in my sketchbook. 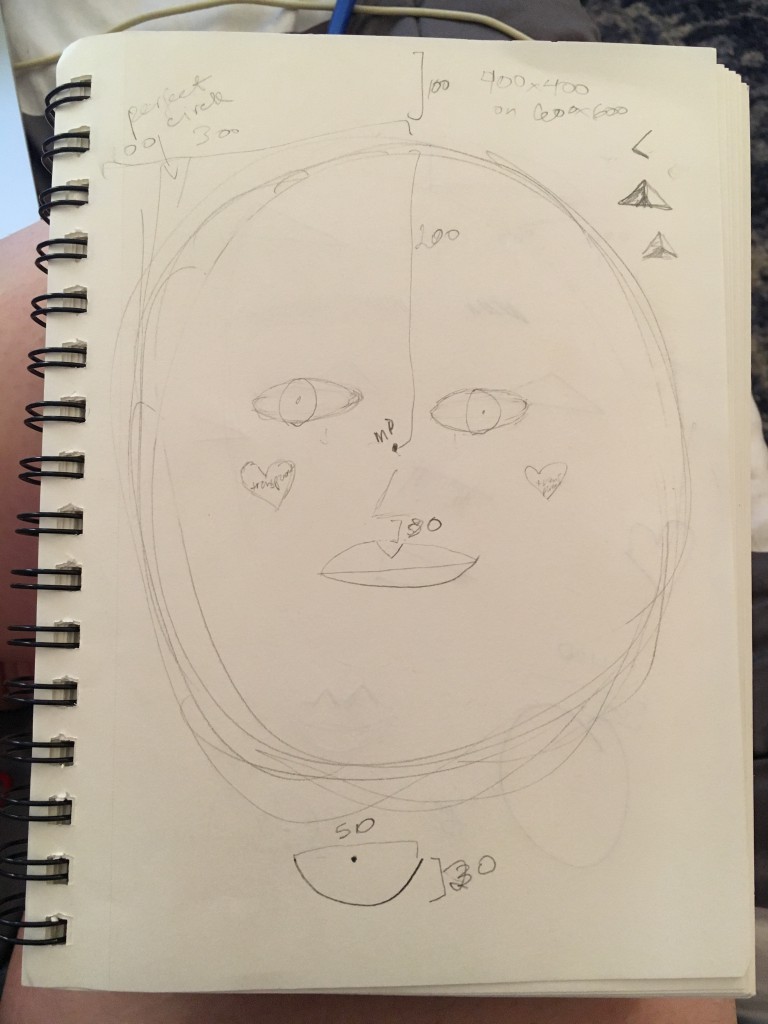 This sketch looks pretty creepy in my book, but I loosely followed it for the beginning of my code. I got four colors from the photo I chose, and used those colors for the first iteration of the face. 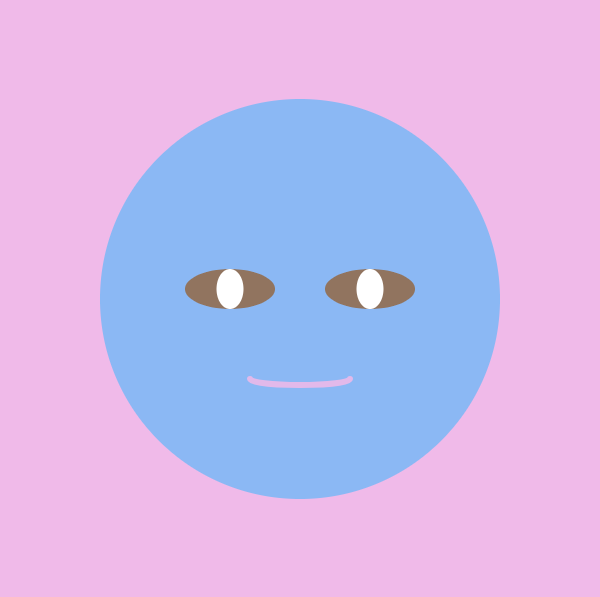 After a discussion with one of my housemates, I decided to give the nose more dimension by basing it off of the noses of Animal Crossing characters (which is fitting, because it is one of my favorite video games). She also encouraged me to add eyebrows and make them one of the focal points of the face. 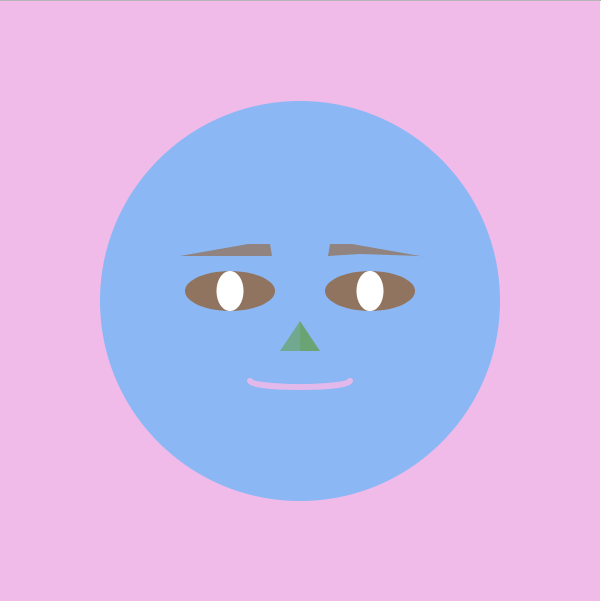 I was unsure about whether the hearts would be too much for the face, so I held off while I took the photos my friends sent me, drew four colors from each of them. I had some difficulty with the clicking mechanism to change the photos, but I made it work by setting it so that when a counter for each click went above 2 (the number with which the final color was indexed to), the cycle would start over so the colors would return to my original color scheme. 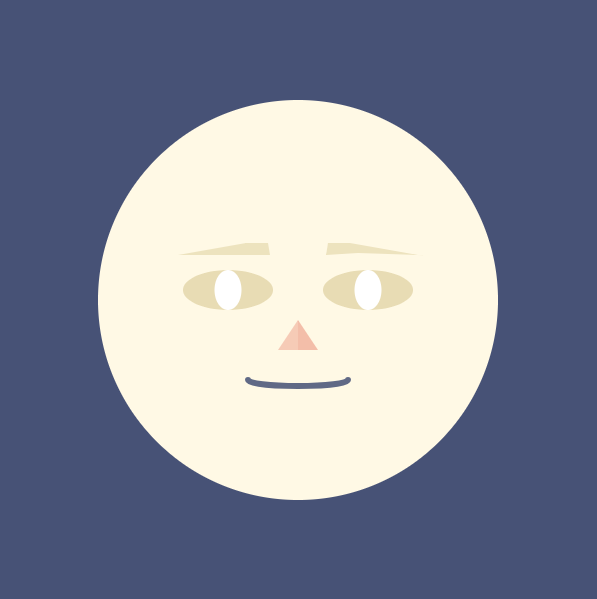 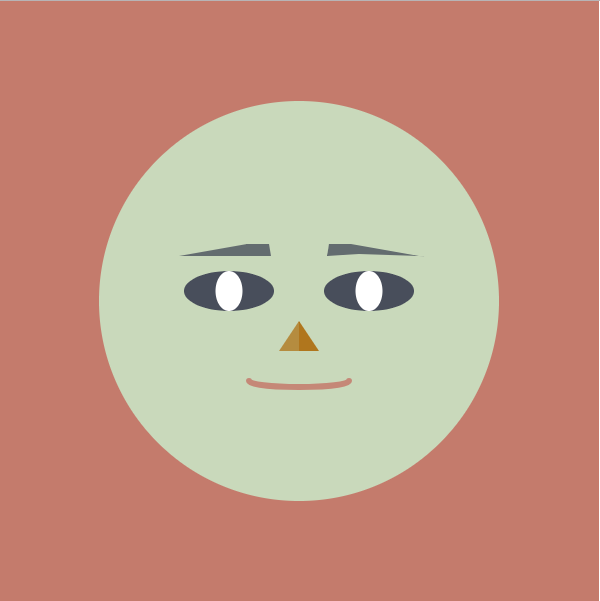 I toyed around with the idea of hair, but decided that I liked a cleaner look better. However, I did decide to add another vertex to the eyebrows so that they would look more like my own and seem somewhat more realistic and also add the heart cheeks at low opacity. Eventually, this resulted in my final self portrait (the three different forms of which are shown below). 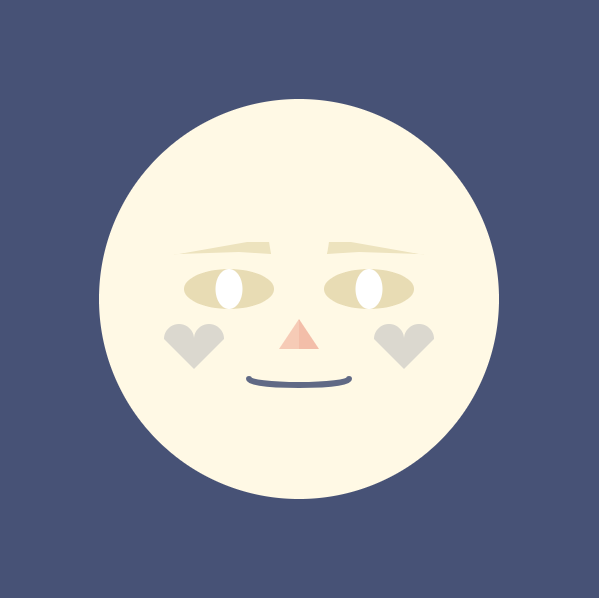 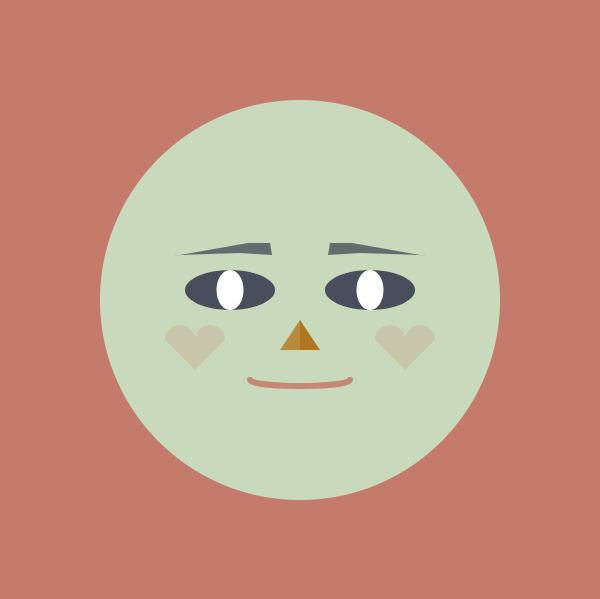