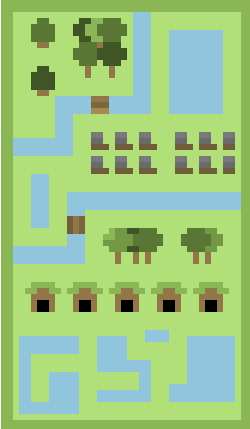 Ronald Reagan’s high profile intervention with Central American politics during his presidency, while scandalous at the time, seems to have fallen into the obscurity of history as neoliberal foreign policy has begun to resemble Reagan’s unconstitutional action. In the 1980s, Reagan took on an extremely conservative stance on Central American politics, declaring himself an enemy of the Sandanista regime in Nicaragua, and spending billions of U.S. dollars on economic aid for the Salvadoran government during the Salvadoran Civil War, calling the civil war a “communist plot.”

In October 1984, the Washington Post reported the discovery of two secret training manuals written and published by the CIA and distributed to the anti-revolutionary Contra group in Nicaragua. The first manual included instructions on how to sabotage economic infrastructure and damage government property, and the second, more damaging manual was titled “Psychological Operations in Guerrilla Warfare”. This manual gave lessons on how to “create martyrs” for the Contra cause and terrorize Nicaragua by kidnapping and assassinating civilians and government officials. This second manual, the “CIA’s Murder Manual” violated a 1976 executive order that barred the US government involvement in assassinations. This murder manual scandal was the precursor to the more famous Iran-Contra Scandal, and this short collection game is an attempt to re-center historical memory of the Reagan administration’s racist, conservative, murderous actions in Central America. 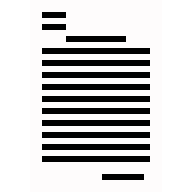 The player plays as Ronald Reagan and must run around in the Nicaraguan jungle collecting pages of the murder manuals before the Washington Post publishes its expose, all the while avoiding journalists, snakes, and Sandanistas. The Jellybean collectibles act as a helper item, making the player go faster, and the snakes make the player make the player slow down. If the player runs into a journalist or a Sandanista, the game is over and they lose.

The visual aspects of my game, boundaries and zones, are created by different features and elements of design. Two rivers divide the map into three zones, and areas of lakes, houses forests, and mass graves create boundaries that the player must navigate quickly to collect the pages and avoid enemies.

Color and shape narrative  contribute to my game design through the use of a calm, light-hearted blue-green color scheme and simplistic geometric shapes. This shape and color scheme create a sort-of sarcastic, ironic levity when the metaphor of the game is taken into consideration.

Over time, my design became more refined and more simplified. I had originally wanted my game to be a sidescrolling game, and I wanted to add a freeze player component and a dialogue sequence if the player ran into a journalist, forcing the player to sit through quotes of Ronald Reagan saying racist things about Central America, but I nixed these ideas because time constraints and know-how were limited. I didn’t want to fall into a deus ex machina situation like Angela always warns us about. Though this was overall a good move, I do think my metaphor is not very clear in the game design alone, which is something I should definitely be conscious of in future game builds. The application of the world metaphor to the game is not necessarily exact (Reagan never actually ran through the jungle searching for the manuals), I exaggerated history a bit to turn the story of history into a fun, playable game.

This exaggeration of history is how I enforced Costikyan’s theories of ‘story’ versus a ‘game’. History itself is a story, and retelling history with a game as the medium requires a sort exaggeration of this history. I created choice in the game about where the player could move to, though in history Reagan is never there at all. I created multiple outcomes, though in history Reagan is never bit by a snake or captured by Sandanistas, and he does not prevent the Washington Post from publishing their story. My game is able to fall into Costikyan’s categorization of a game by using Fullerton’s elements of games. There is a player, there is an objective, procedures and mechanics, resources, conflict, boundaries and an uncertain outcome.