You are a very likable object to me, because you represent my school. But let me say it directly. I’m going to destroy you, since you look too ordinary. So I seldom wear you, which is a huge waste.

I’m here to help you become better and more useful. I think you have huge potential and I’m confident to see a new you!

Welcome to Sarah Lawrence College again, because you originally belong here. Your ancestor is a simple, soft white T-shirt, which was identical with other T-shirts possessed by hundreds of freshmen. Now, I think you already became a very unique T-shirt, although my professor said you need to be sent to factory and go into production.

The way to be unique was a little hard. To combine you with some mechanical elements, I punched holes in your face and added pointed nails and heavy pulleys. Your new life could be even harder. Maybe few people want to wear you, because you are heavy and inconvenient. You are also forced to paint, which is tiring for a delicate little clothes. But thinking positively, You are talented. You have an ability that other clothes never has. You can transfer motion by the ropes and wheels on your body and draw beautiful lines. You invented a novel function of clothes and showed your talent to audiences. I hope you to be cheerful and proud.

Here are three concepts from Broekmann, Chapter 1. First of all, Gotthard Gunther deems that “The machine is a technical appliance that assumes a form of autonomy from its human creator.” (Broekmann, 18) We bestowed the old machines an ability of drawing by their own. However, we never controlled or dictated to them how to draw. We, creators of drawing machines, are not able to draw the lines and styles that drawing machines created. Thus, we regard drawing machines as independent individuals, and respect their thoughts as well as creativity.

Furthermore, Andreas Broeckmann puts forward that “‘Machine’ is the word we use in the face of technical systems that are too complex to grasp and too all-compassing to address, threatening humans to subside in an uneven, overwhelming encounter.” (Broekmann, 27) Our works in this studio are called “drawing machines”, which can creative artworks by themselves or by their collaboration with people. Recalling the presentations of drawing machines, drawing machines did sometimes act out of control. In this situation, to continue presenting our machines, we are forced to change our way of interacting with them, such as converting angles or moving apparatuses.

Finally, there is another concept of machine. “Canguilhem insists on a haman-centered conception of the machine as produced by humans for humans, with a particular purpose.” (Broekmann, 23) Both the machines we brought from home and childhood memory, and the new drawing machines we assembled in the studio were produced by human being. In my opinion, the machines appeared in this studio were produced for humans’ happiness. We felted delighted when we were playing with the old machines and when we are enjoying the artworks created by our drawing machines. What’s more, the drawing machines satisfied our curiosity that if we are capable of making something which can create arts. 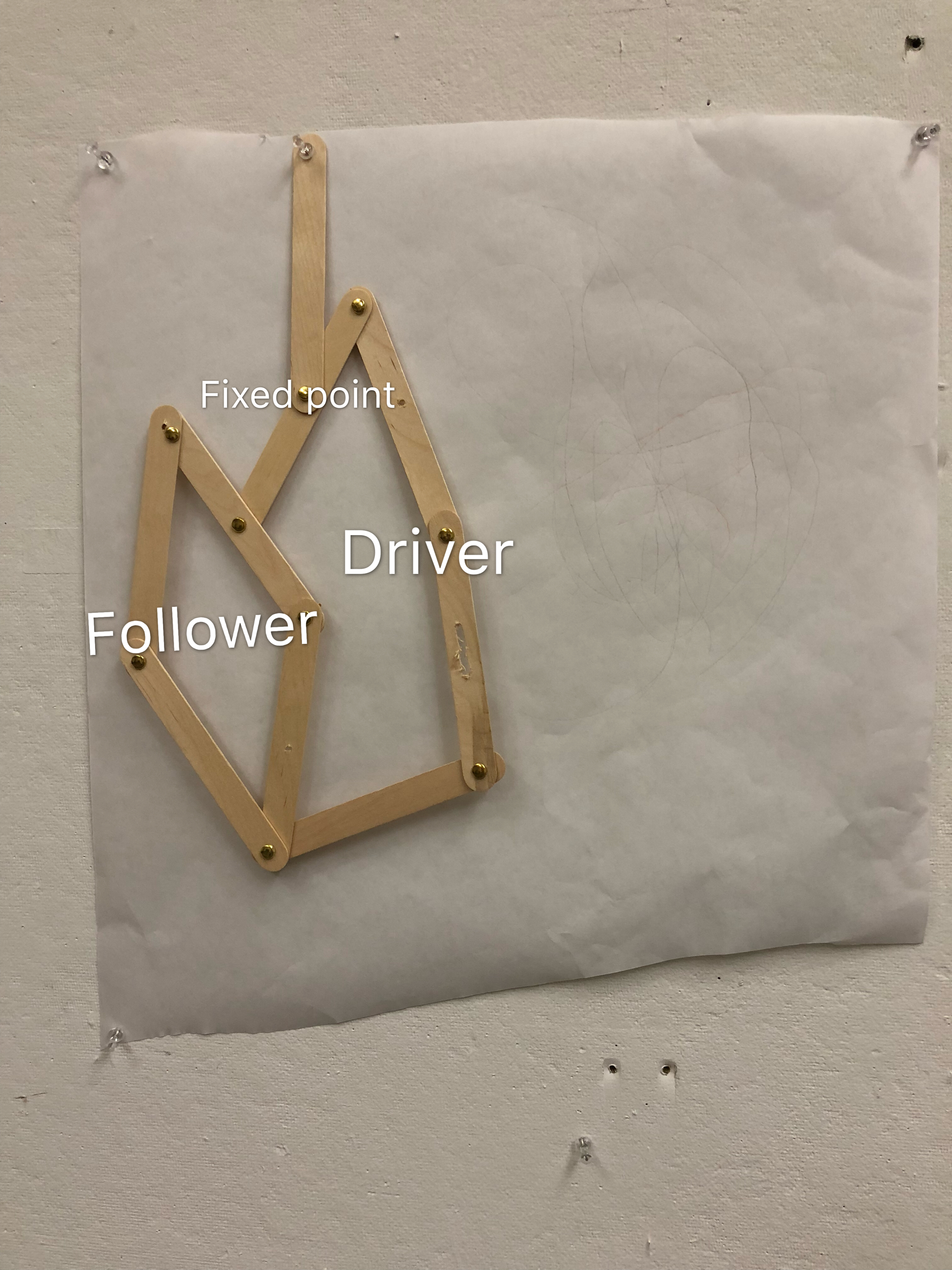 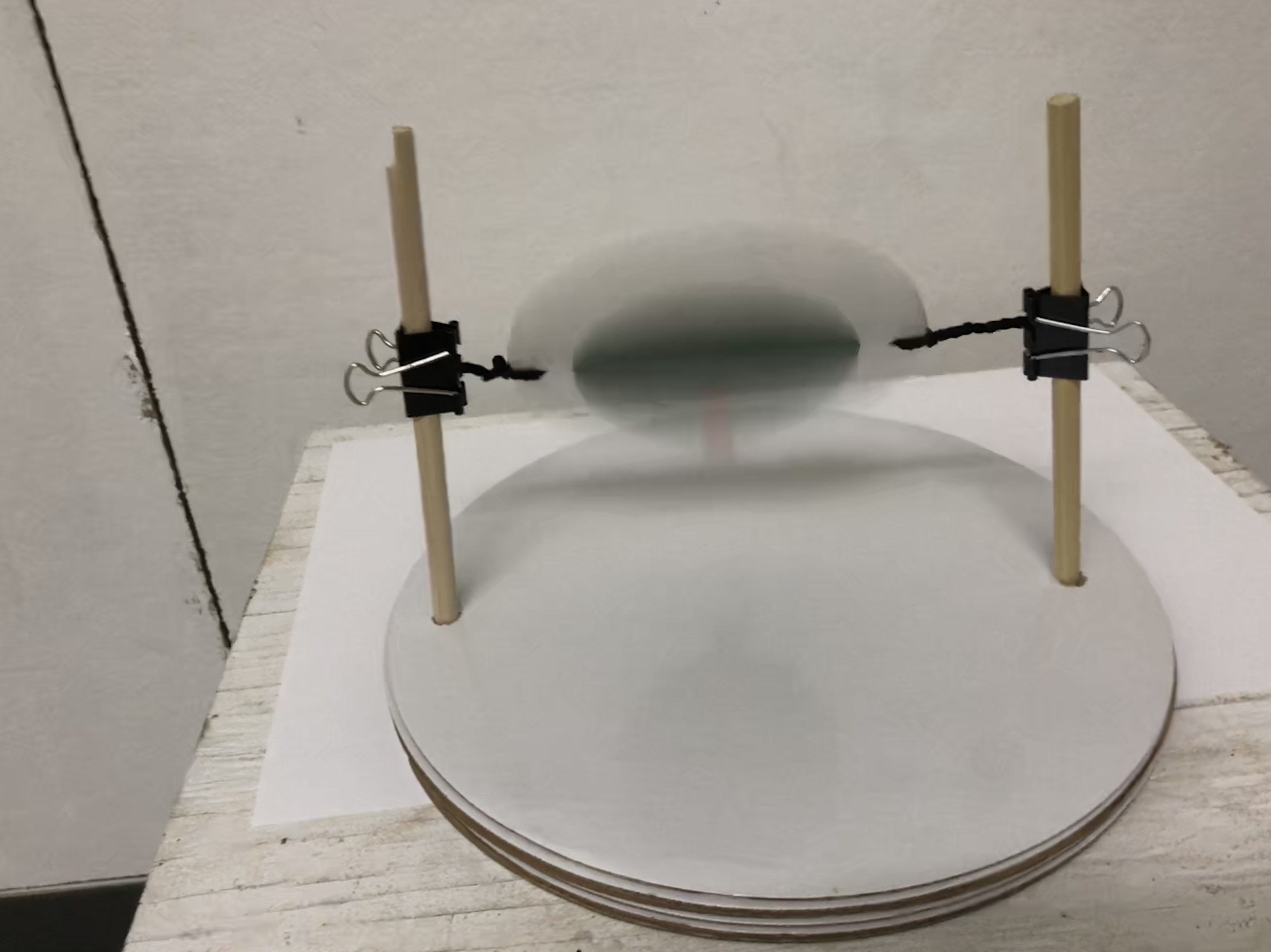