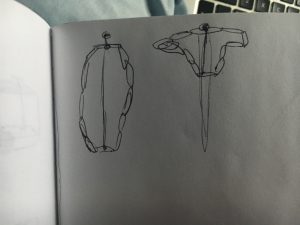 The first simple machine I made was just a circle of popsicle sticks. The circle was mechanically wound by a drill on a nail with wire attached to the other end of the circle that had a drawing implement on it. This would pull the pen up in a line towards the top of the circle. The line was not very straight or consistent, and the sides of the circle folded into triangles rather than a line like I was expecting. I expected it to draw a better line, but I gave up my control of the line to the machine and ended up making a drawing where I filled in the mistakes of the machine by hand. It seems almost a reversed relationship as I often think that machines have the more accurate work and in an assembly line, for example, would come after the human worker to improve accuracy. My machine did not do that. It made me realize that machine won’t always do their job right or well and that is a risk you take giving control of the work to the machine. 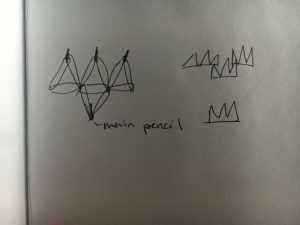 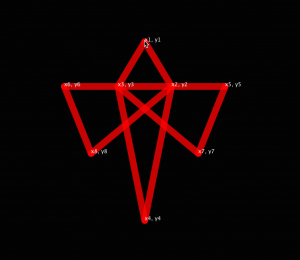 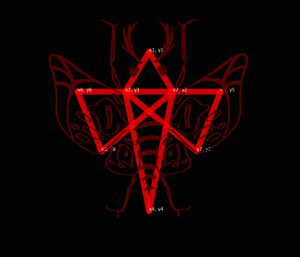 The second machine I built was based around the idea of an evil king, so I came to the conclusion that I wanted one point to be in control of all the other points. I also liked the idea of incorporating the image of a crown into the machine. The crown splits into three points that are foot soldiers to the main point which leads the machine. I gave complete control of the main point to the person using the machine so that they would become the will of the evil king making others follow suit. I started the drawing by drawing many little crowns and it would end up looking like the crowns on the right of the sketch image. The coding of the machine was fairly simple in that it only consisted of static lines and one following point but I wanted make the points trace where they had been but did not succeed. Later I added the moth detail to add to the aggressive and sinister quality of the image. I wanted to art to look back at the drawer so I used the eyes of the moth wings to look have many eyes on the screen at once. I also changed my mind slightly and wanted to hide the crown imagery a bit, as I thought it made my intentions too obvious.

I think I hesitated to give my machines complete control as I am a very controlling person myself and felt uncomfortable relying on them to do my work for mw. I did have the thought that this is somewhat like the old masters having apprentices who would be delegated work on a larger piece of theirs. I’m giving my structure to the machine and letting it run. Bolognini seems to have confidence in the autonomy of machines and steadily relies on them without hesitation. Many artists involved with machines seem to trust the machine to do it’s own thing and let go of the control readily, I was surprised to find that more difficult that I thought it would be. 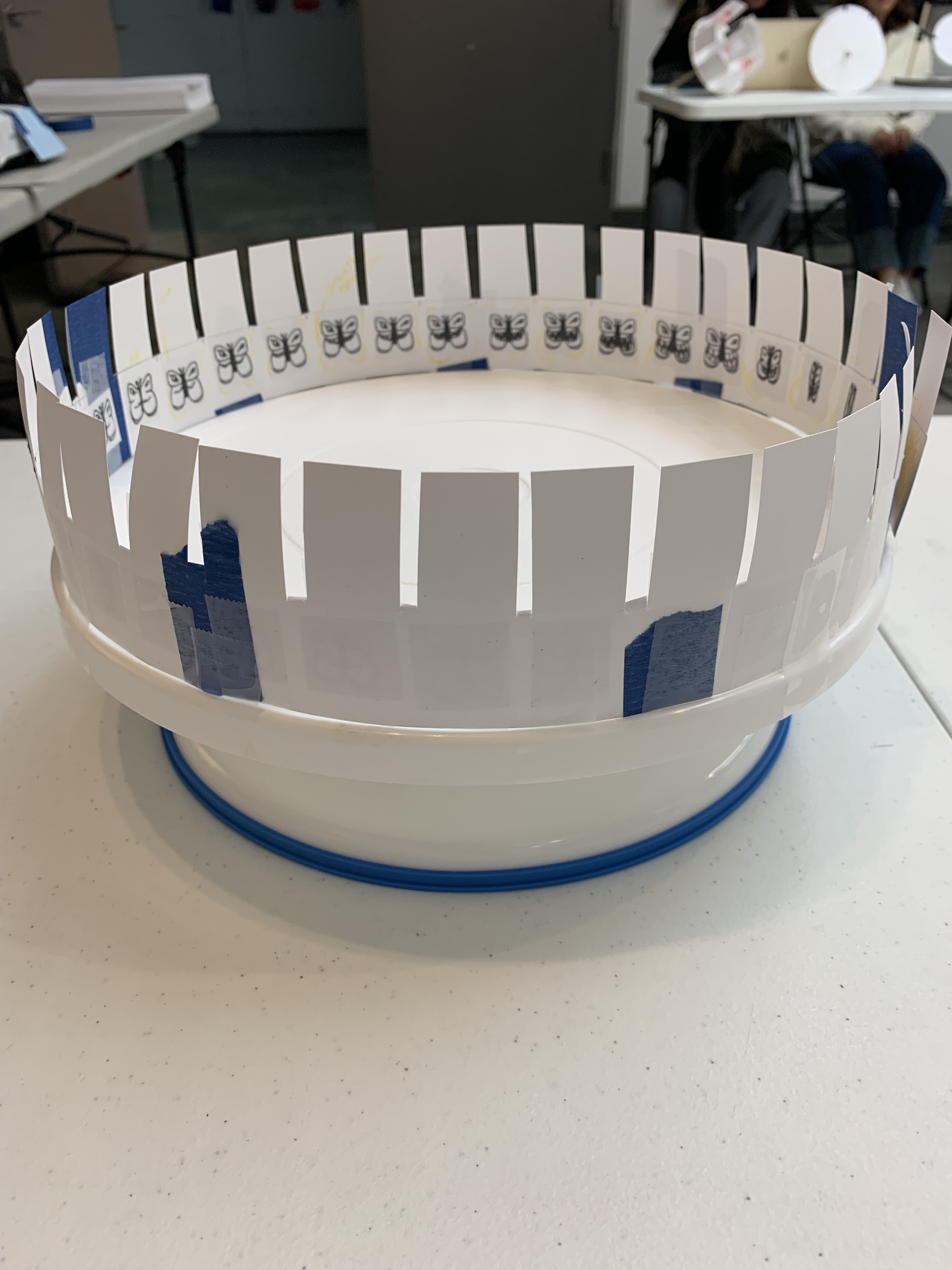