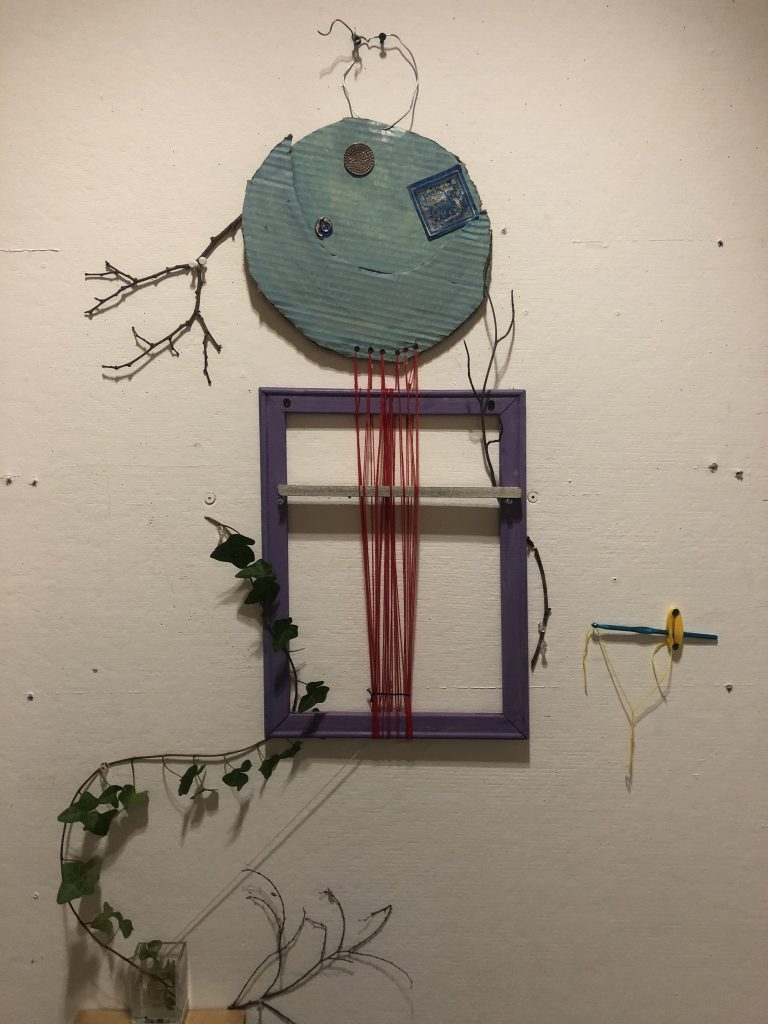 In Ancient Andean tradition, women would invoke the Moon as creator of women. Acllas, or women weavers and food preparers in Inca administrative centers, were convinced of the Moon’s generative powers and her dominion over femininity. The Moon was considered to preside over weaving, a task that often defined womanhood in the Andes. It felt weirdly fateful when I read about this Andean cosmological tradition for my conference paper on gender ideology in Inca Peru only a few hours after I had finished installing my piece Loom De Lune. 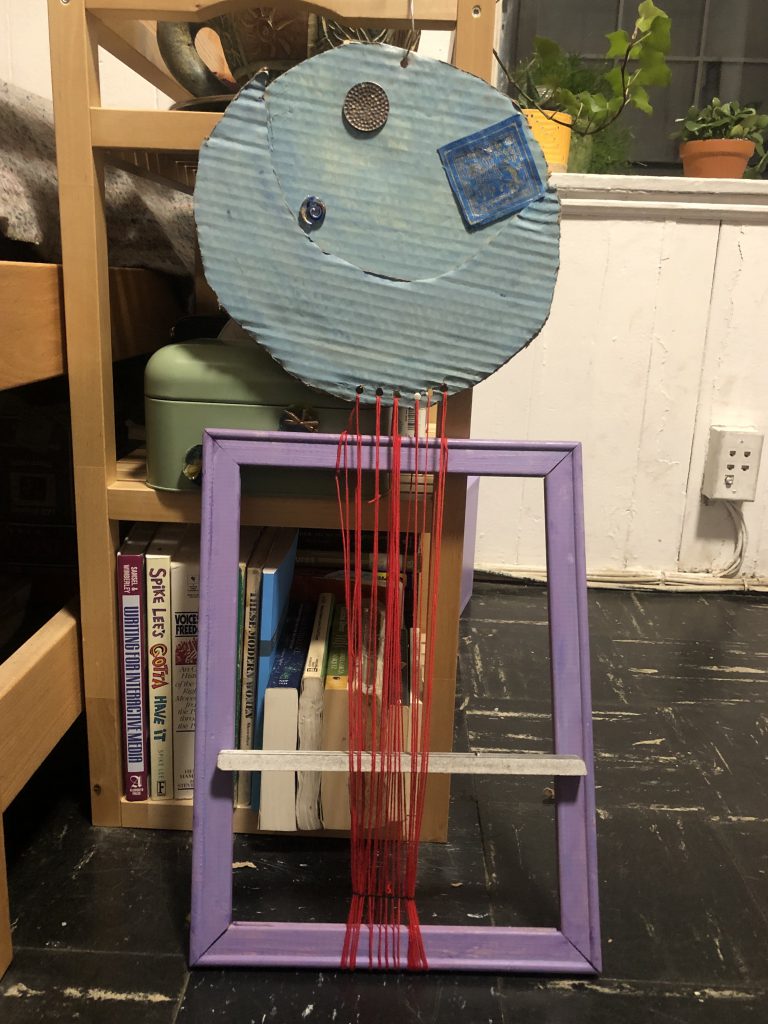 The concept behind attaching the weave to a celestial body really emerged from the spiritual attunement I’ve developed over the past few months to astral space and nature in general. I had been experiencing a lot of blockage in my experimentation with textiles, but once I found a way to relate it to a budding aspect of my life, ideas began to flow. I was captivated by the idea of a loom suspended in space and its interplay with a makeshift moon. After hanging it up on a tree during a snowfall, I was further inspired to conjure a theme of organic material and relationship between textiles and nature. 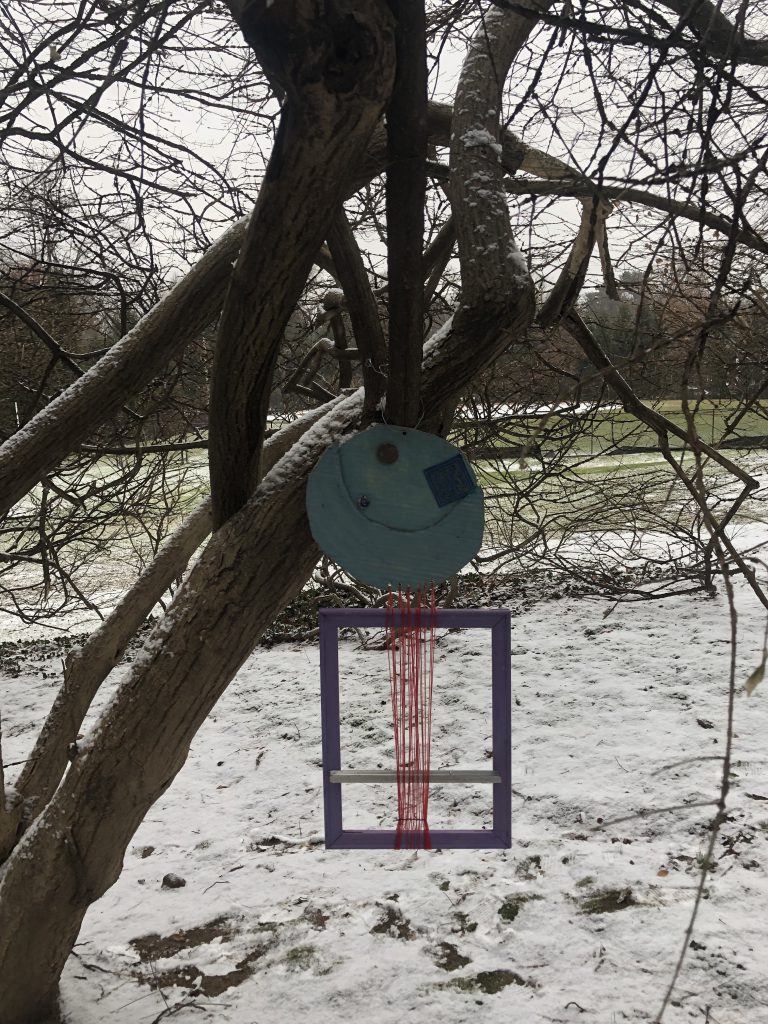 My experimentation with textiles stemmed from my research on Anni Albers, an acclaimed contemporary textile artist of the 20th century. Her weaving and artworks revolutionised textile design through her exploration of both handloom produced and mechanically produced pieces. Albers embraced close handwork with textiles to develop a familiarity with the fundamental material elements of a woven object. She sought to renew a direct, manual contact with materials through work at the loom and pushed for traditional handwork in experimenting within weaving’s tactile constraints. Albers saw mechanized tools and machines as a sort of creative guide that reveal how materials change their character in certain constructions and simultaneously how construction is affected by the material. To Albers, the machine displays how an artist can support the characteristics of material or suppress them, depending on the form of construction they use. 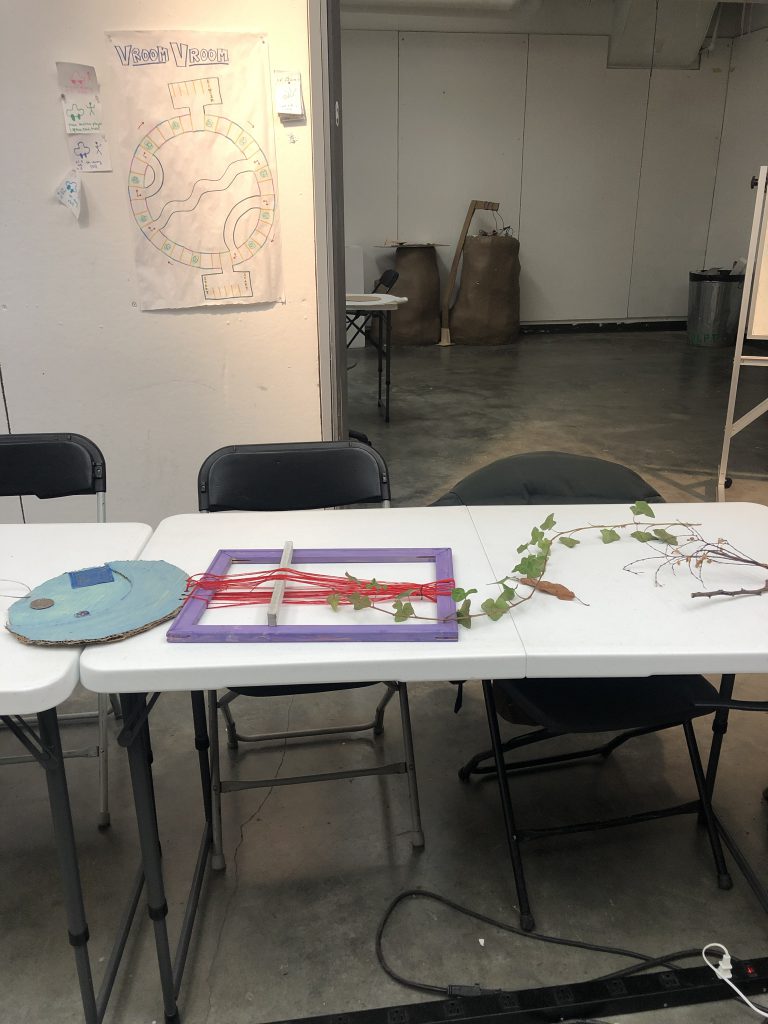 My process took from her theories of tactility and textile experimentation. I had to start from the very basic foundations of the weave, using a simple frame loom that I made with a canvas and crochet yarn. It was an incredibly meticulous process that required patience and a careful intimacy with the thread because of its vulnerability to knotting up and obstructing the whole piece. Especially when weaving the string into the moon, I had to be painfully careful about placing / tightening the thread so that it wouldn’t slip and unravel. Eventually when it was all effectively intertwined I could better envision how I would add fallen tree branches and ivy clippings to visually articulate how the loom bridges the natural realm to computational and mechanical processes. Weaving is considered a binary art, applying operations of pattern algebra for literally millenia! Weavers are like operators, deciding to pick up threads in particular sequences that function similarly to pattern informations which feed mechanisms. It’s really bizarre to me how undermined the complexity of the loom is, perceived by the art world as a feminized craft rather than for its advanced use of tactile calculation. 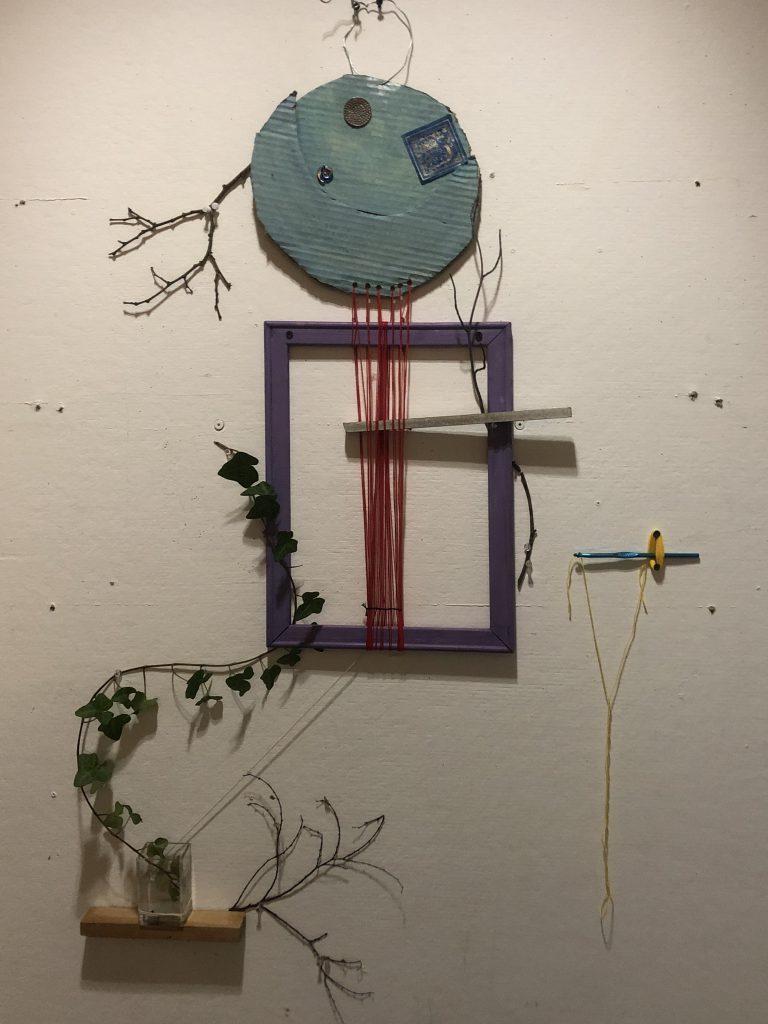 I’ve grown particularly engaged with fiber art and I fully intend to continue researching and exploring this domain. I resonate with Anni Albers’ theories on weaving and I really value her contributions to innovating contemporary textile design. I want to find ways that disrupt the highly gendered perception of weaving as acutely feminine and crafty! I’m interesting in widening the accessibility of this art form and seeking out a communal/interactive approach to textiles. It’d be really cool to expand on a project that integrates the celestial dominion of our Moon over Earth and its organic tactilities within the context of a loom that can be utilized by a community. 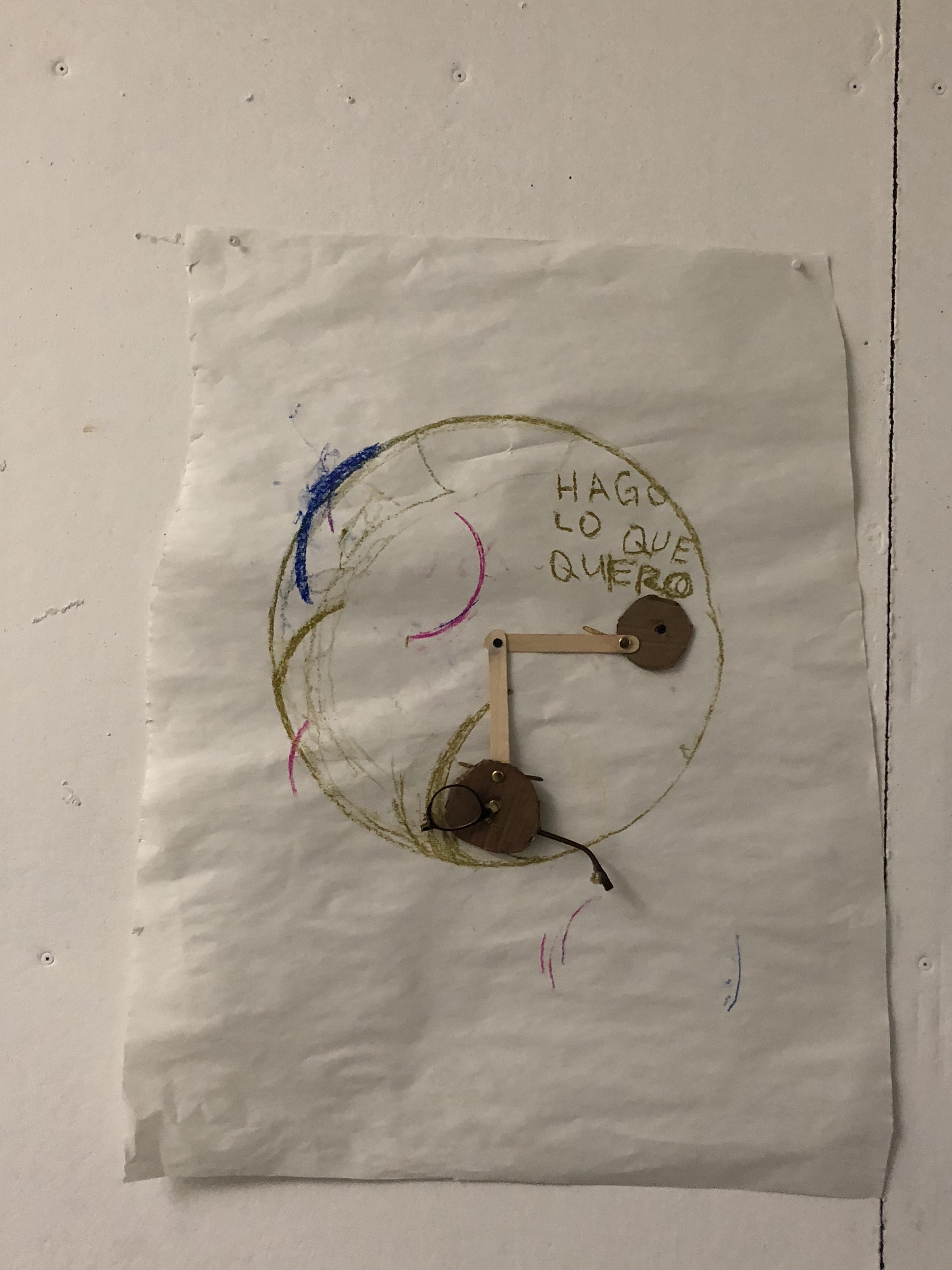 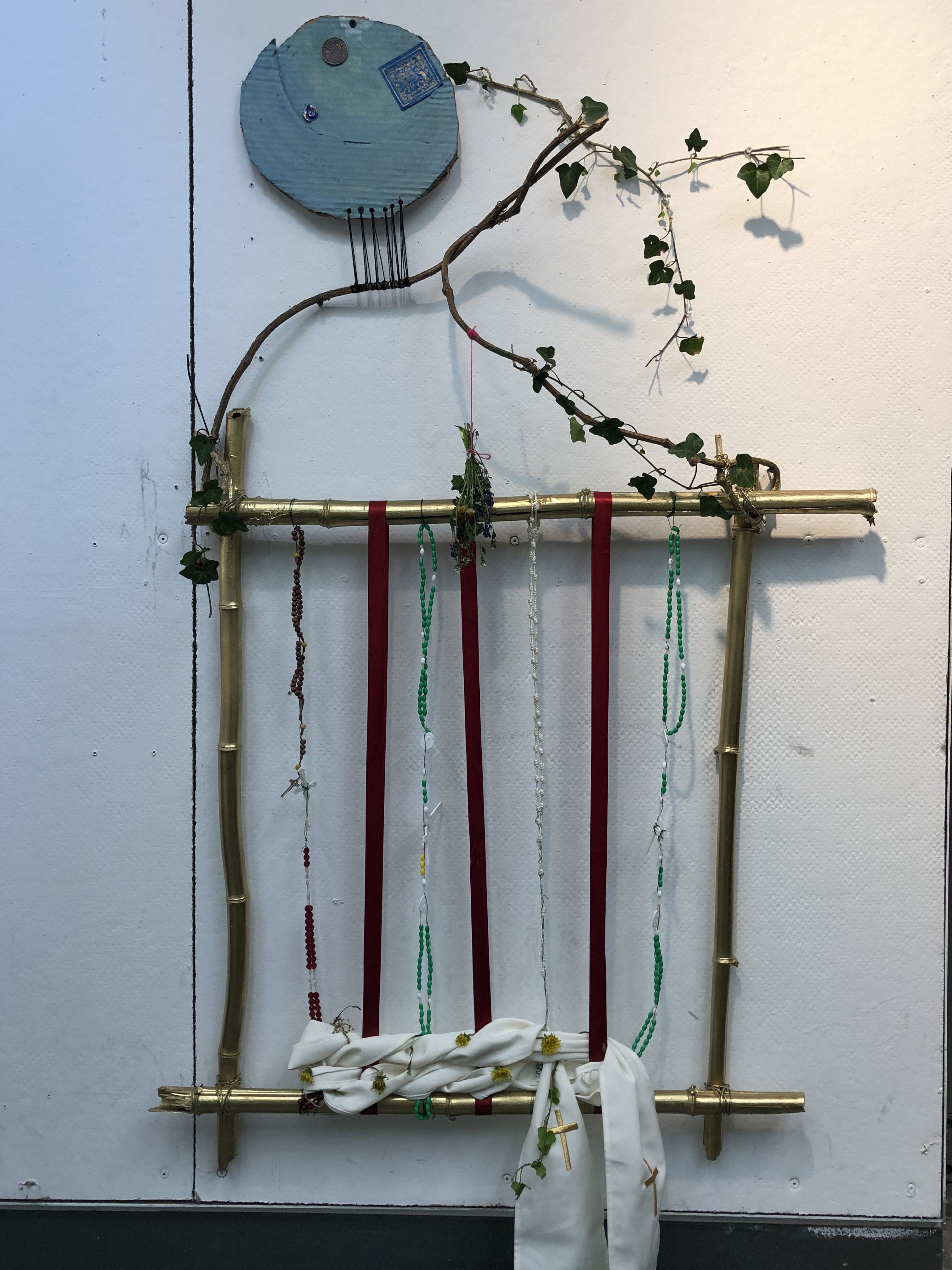 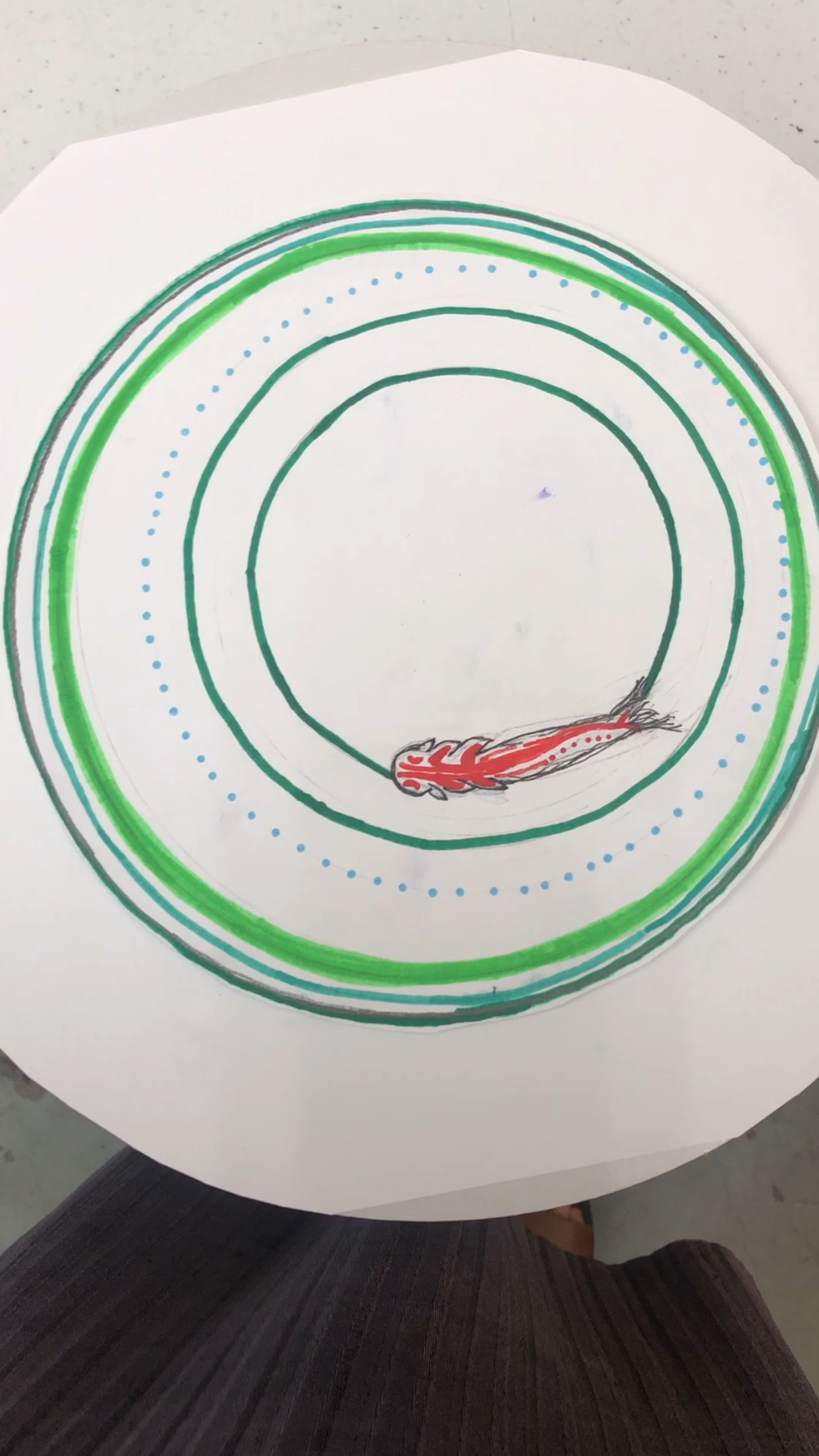