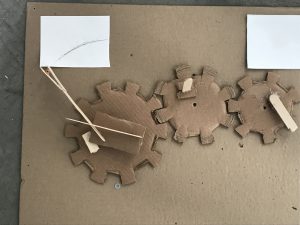 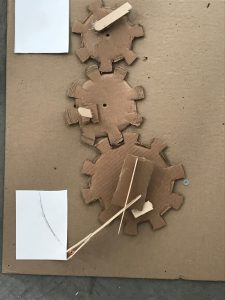 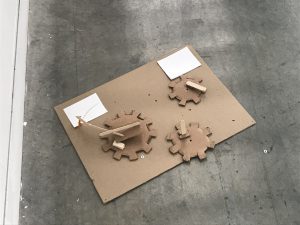 This machine was meant to reflect the artist we researched. However, because I wasn’t researching an artist but a philosopher, I was given a level of freedom that my other classmates were not afforded.

I started by thinking about the different random elements I had used in machines prior. Over the course of the year I have been attempting to take more and more control away form the user.

The gears do not fit perfectly together, attempting to use any of the points of access is futile. The pencil is not actually connected to the paper, and constantly runs the risk of falling off. It is rarely even making contact with the paper unless forced. I also made this piece a wall hanging to increase the difficulty. I strategically placed the piece behind a railing under the stairs low to the ground to maximize difficulties in even getting to the machine itself.

I made a machine that hates being used. A machine that does not serve any purpose, except to frustrate anyone trying to use it. It was these two ideas- the idea of something useless and something that refuses to cooperate.

I wanted to stress the importance of the symbiotic relationship between machines and people through my project. I think my project was a huge success. 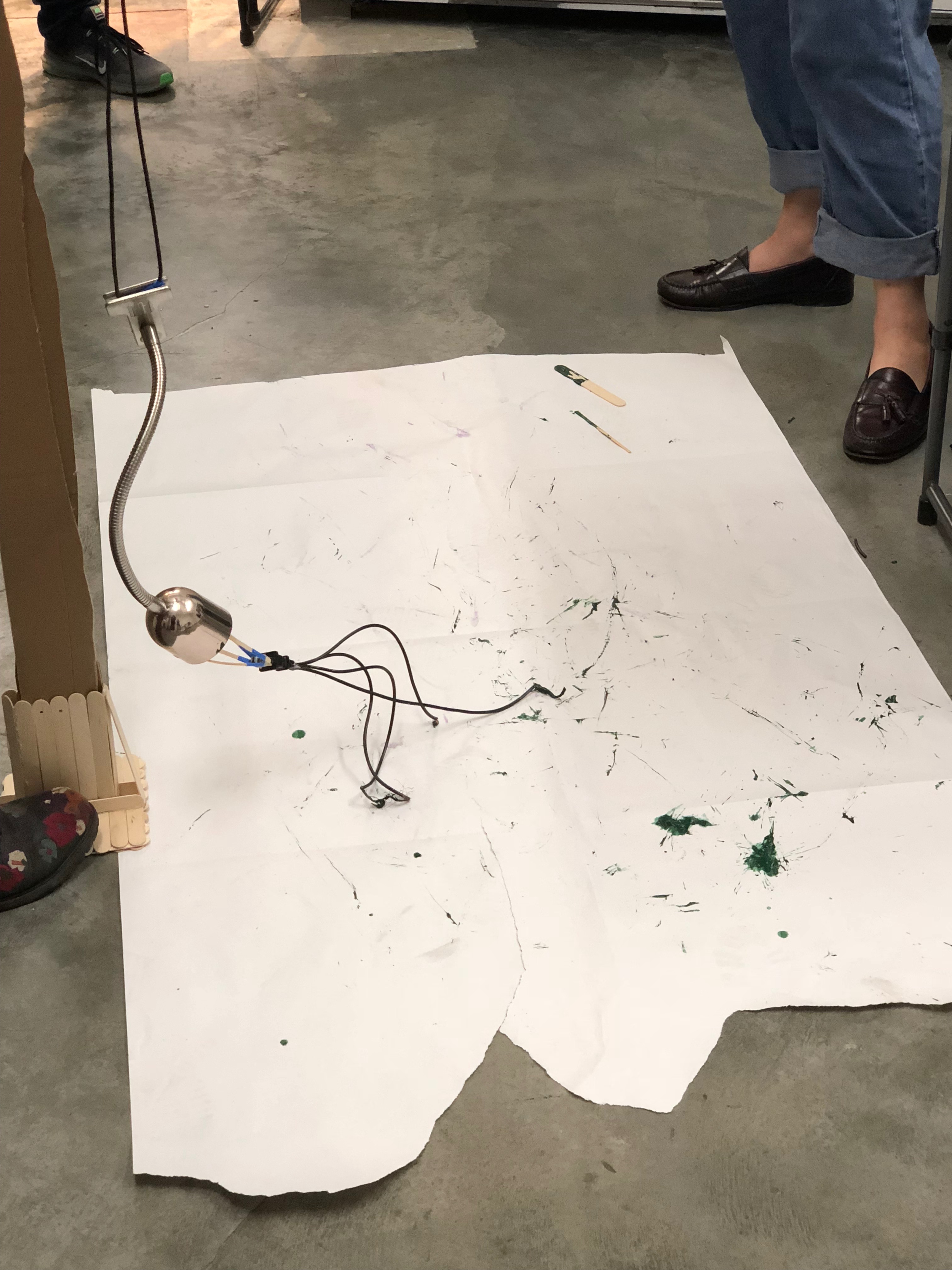 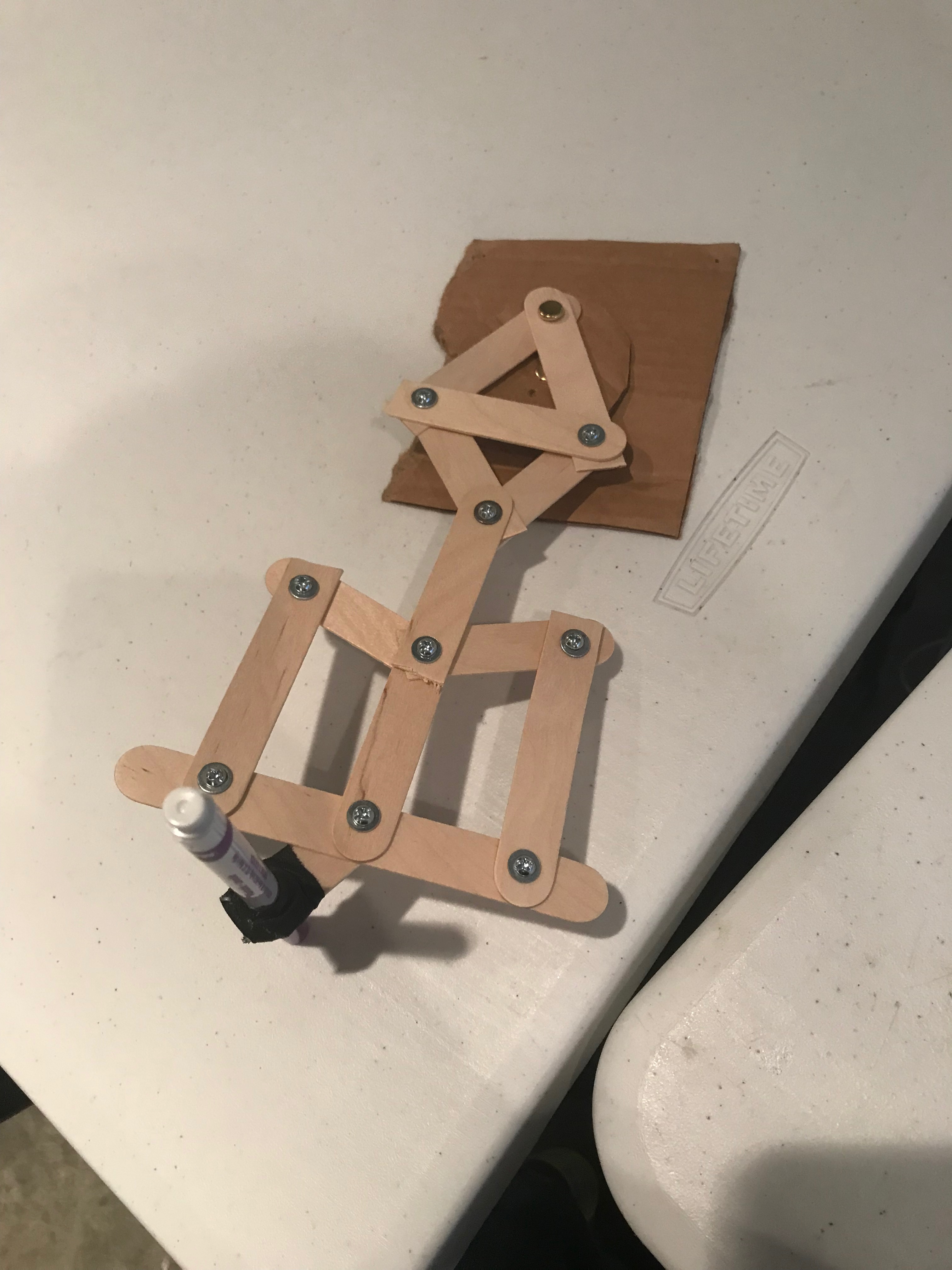 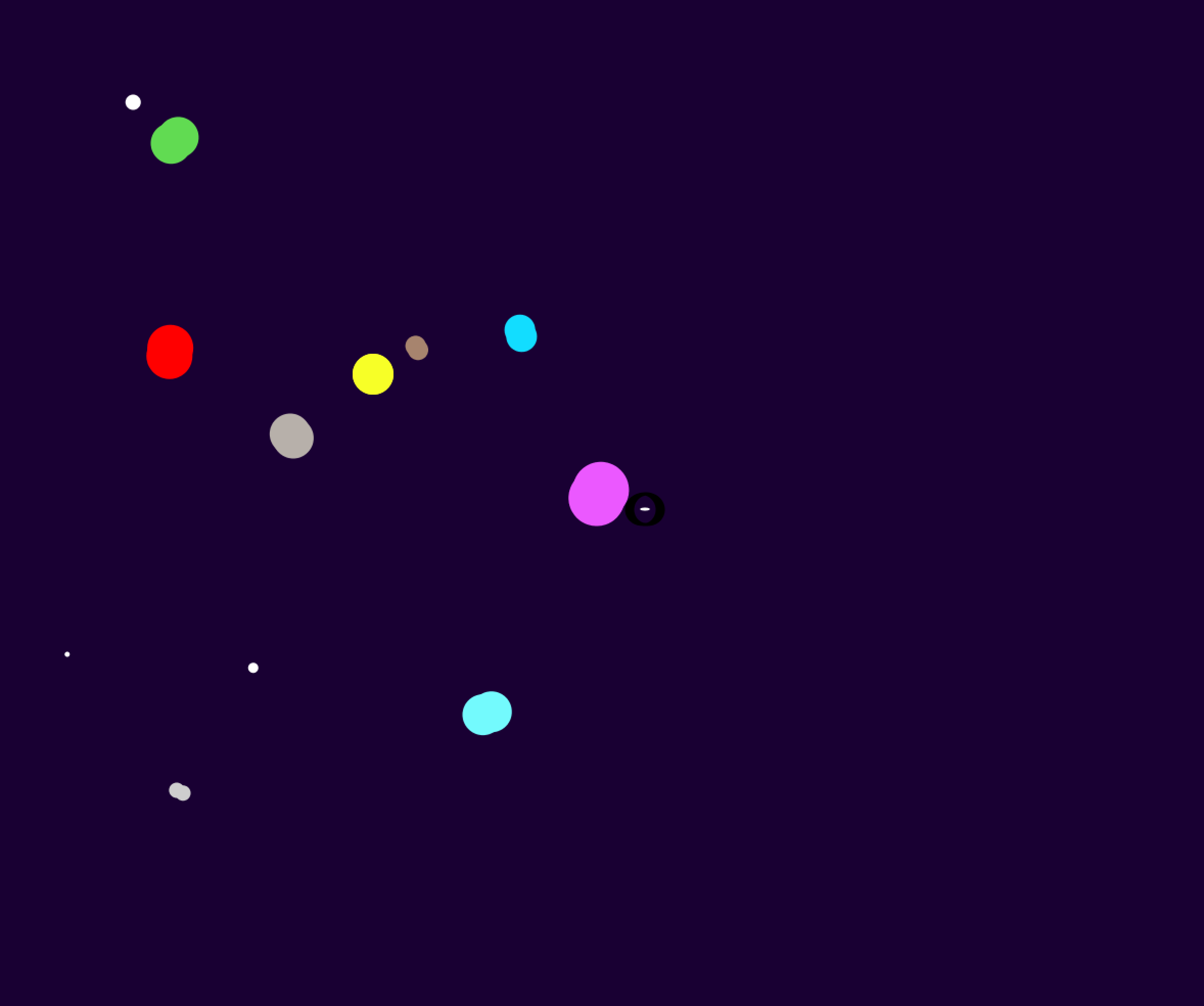