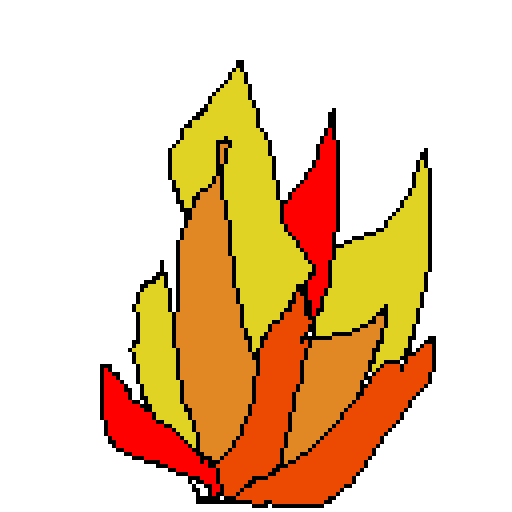 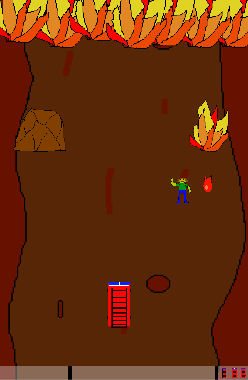 Forest fire was my mod for the shooting game that we did. Going into it I wanted to have a game that was still a shooter but had a non destructive setting. So I went with a fire truck putting out fires and rescuing people. Fires will spawn from the top of the screen and shoot smaller fires down toward the player. The player can shoot the fires to destroy them or let them pass by. There are also boulders that will collide with the player to do damage but wont shoot, they can’t be destroyed, and the people that when picked up will heal the player one hit point if damaged. Once five people are picked up the game ends and the player wins. 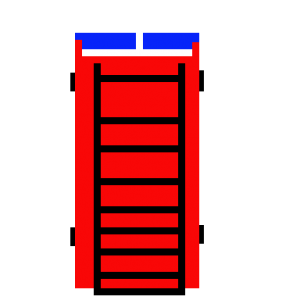 My goal going into the artwork for this game was to have everything have at least a similar art style so that things didn’t detract from each other. The player themselves is the most simple asset ever on screen and also the only one that isn’t outlined in black. 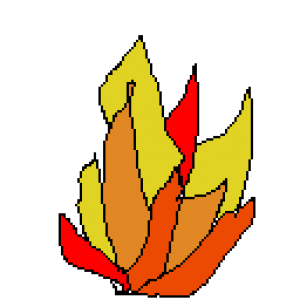 The other biggest component to the game was the fire sprite. I was happy with how it turned out and it is what set the rest of the assets to have a black outline style. 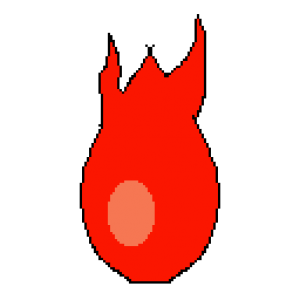 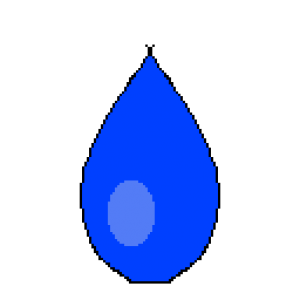 the two types of bullets were designed to be very similar in nature so that if a bullet was on screen you could always distinguish it. Originally the fire enemy shot smaller fire sprites but the sameness off it didn’t sit well with me.

The road was the next thing I made. It was used as a background to explain why the fire was moving. 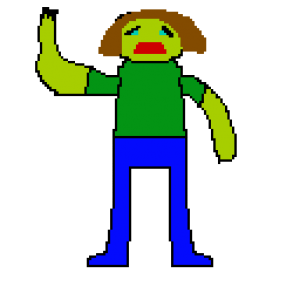 I made the person next with a waving for help look. For some reason, I didn’t want to give them human colored skin. This would end up being a big source of confusion in later tests. The idea that they were possibly zombies made it unclear if we were running over them or helping them. They would “fall” faster than the fire to give the feeling they would be running. They also had a horizontal movement to give a sense of panic. 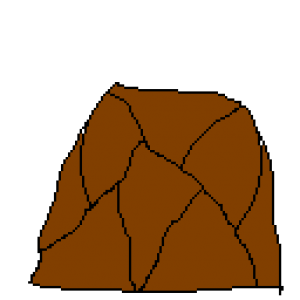 I wanted another kind of obstacle on a screen to give diversity to the enemies and decided on a boulder that would be meant to be avoided. This made a trifecta of Destroy(fires), Collect(people), and avoid(boulders).

Once these three pieces were designed and coded in they made the game incredibly engaging just from the diversity. All I had to do was play with spawn rates to make the game feel fun.

I was still using the base explosion and hadn’t made my own at this point and the game had no sound.

Overall I’m really happy with where this game got in the time it took to make. I fixed a lot of my workflow issues from Farm Land and had made a fun shooter to try and beat. Going into the conference game I had a definitive chemist. Add in sound, create my own explosion animation, and make the fire animated so that it wasn’t a stagnant object. I felt like those three things would bring my game alive compared to its current state.