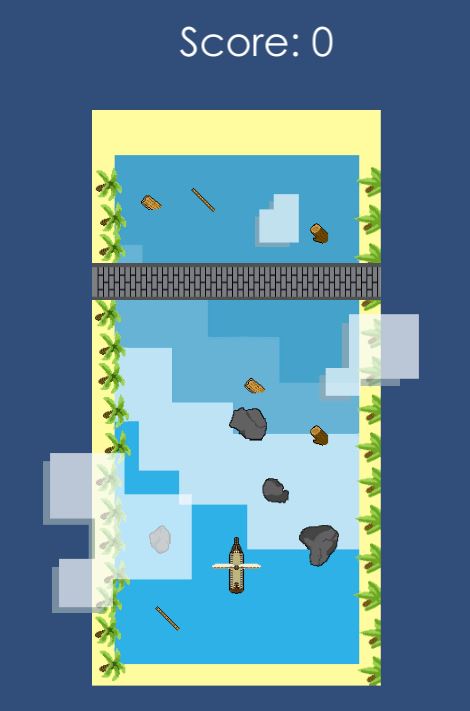 The goal for creating the game of The Ship of Theseus is to extend my own ability to manipulate the complex game world, and its simplicity does not yet to be able to express my original idea. Even till now, it is still very much an unfinished draft of my ambition.

The game starts with a looped opening, which depicted the ship stuck below the stone bridge appeared in the game. It is played alone side with the main theme of the game.

The opening is built with cinema 4D

After click the voyage bottom the game will be started.

After the ship collected a type of collectible it should trigger an animation, but due to coding difficulties, it is not achieved.

There should also be a patrolling character. But because it feels a bit rough and unfitting to the game. it was removed completely

But in the next stage of development, it will be added to the intro video and the game. Its model has been finished.

This project, in some way, is the ship of Theseus for me. Without Theseus, the beloved young prince, to physically step on the ship, none of Theseus’ legend would happen. And just like the ship game has experienced multiple overhauls, reconstruction from a line of code, but yet it is still the same game. One day every pixel, line of code, and the plot would be fundamentally different, but there is still continuity.

Level Design: The Ship of Theseus