In my sophomore year, I took an Intro to Programming class in Python. The next semester I took a Data Structures and Algorithms course using Java, and I became hooked on coding. Coming into college, I was excited to pursue mechanical engineering, but after learning what I could create through coding, I soon realized that computer science would be my path instead. After a heavy load of only STEM classes last year, I am now taking my first two visual arts classes: Art from Code and Digital Imaging Studio.

I was very excited to see that Art by Code would be programming in the language Processing 3 built on the Java language. Last year I took an Intro to Programming (Python) course and a Data Structures and Algorithms course using Java. The concepts that we have learned so far in Art by Code have not been foreign to me, but the creativity I see in my classmates’ work has impressed me and pushed me to think of coding differently. I am a big math nerd and always looking for the most efficient way to solve a problem. When I begin my code, I start from an idea. The idea is usually very complicated and imagined in an ideal way. I can confidently say however I imagined my code to look in my head, the finished product will only hold 25% of those initial ideas.

When we were given the collage assignment, I was very excited to create something that would tie into the idea of fast fashion. After searching Pinterest, I had my thought-provoking collage idea conjured in my head. My idea consisted of models wearing clothes made out of trash, walking down a catwalk staged in the middle of a cotton field while people would be watching off to the side. This idea soon changed when I could not achieve viewing depth from the models’ walking down the cotton field catwalk. I changed my focus into incorporating different images of everyday items included in an individual’s toxic fashion footprint: trash, carbon dioxide, cotton, water, synthetic dyes, etc.

The collage sweeps from the bottom left corner to the top right corner with images you would usually think of when prompted with fashion ideas to images you would not usually imagine are incorporated into the fashion world. While presenting my collage to the class, I think some of the detail was lost through Zoom to get the collage’s whole idea. But some of the takeaways I got from my classmates’ responses made me think of the line we draw between realism and more abstract creativity.

I think of myself as someone who shies away from abstract creativity because I know it is not my strong suit. But this is something I wanted to challenge myself with. In the next assignment, we were prompted to create a sidescroller. I decided to dive in on color, creating interesting objects, and playing with depth.

For my artist presentation, I chose Hannah Höch. She is a German mixed media artist who created collages and photomontages. I enjoyed looking at how she used the images she created to critique pop culture, gender roles society has constructed for women, and the German government. I wanted to use the idea of putting further meaning into her work. Also, using the idea that the longer you look at an image, the more information you gather from the piece. While I move forward with more assignments and my final project, I want to keep in mind the amount of detail I add to my work. I want to create layers that make the work more intriguing to the viewer.

I have appreciated code for the way it can make everyday life more efficient, but now I have a new respect for creating art. I love the idea of making beautiful images that can be interactive, contain motion, or randomly generated. Participating in a class where everyone shares their work has opened my eyes to new possibilities of code and how I can use this in my assignments and, hopefully, in my profession one day. 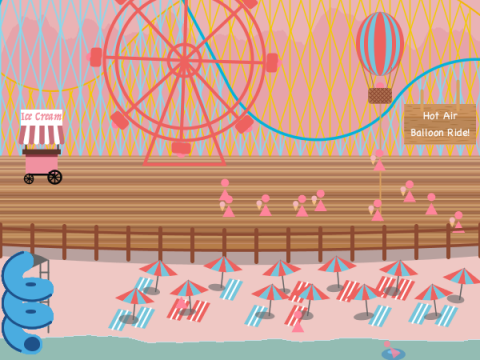 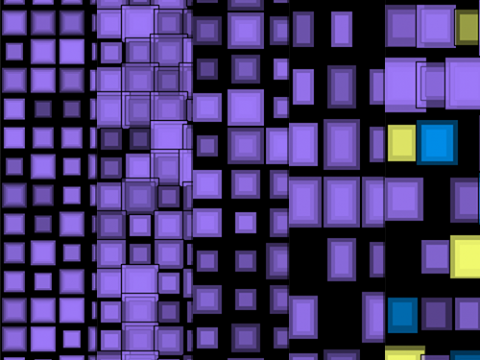 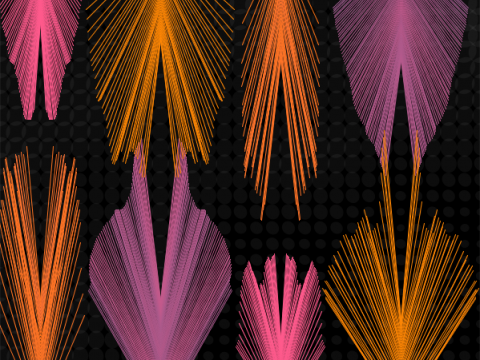