In creating my code, changing only one aspect each time, I was able to experience the gradualism that Molnar spoke of. It is perhaps one of my favorite projects that we’ve worked on in Art from Code. I think that these repetitive techniques definitely lend themselves well to creative endeavors. When creating my final image, for example, I ended up having four different iterations, each with a different change from the previous image. Had I not been given this assignment, I would have had one of these images, instead of the nine different ones I ended up with. I got to think a lot about how I could change an image, minor changes that would completely affect the image, so that by the time it’s been changed a few times, it’s noticeably different.

To create these images, I decided to start with a simple image and then expand upon it. I wanted to start with simple circles and a slight color variation, so I used alternating pink and blue circles. For the next iteration, I added more variation, with the black white outlined circles. From there, I increased the size and added more layers to add even more variation to the pieces. From there, I couldn’t quite decided what I liked the look of most, so I ended up with four different variations. These were made mostly by inputing different things into the code to see what was created.

I think that repetition, while aiding creativity, can definitely lend itself to meaning, though it may not always do so. I think a lot of meaning in different pieces comes from intention. Molnar’s letters have a lot of meaning because they were intended to. However, my pieces weren’t really intended to have any meaning and no meaning came along while I was working on it.

However, not all meaning comes from intention. I think a lot of meaning can develop during the creative process. A lot of projects may begin with a certain intention, but change completely during development, and with that change, more meaning can develop as well. Repetition in particular lends itself to this added meaning, because it causes you to spend more time with a piece and think about it more than you would otherwise.

As to whether or not meaning is in a single image or a series, I think the honest answer is both. There are many projects where the single images have one meaning, but together they have a different meaning, or they come together to form a collective meaning. There are some projects where the images work better together than they do apart, but I think that meaning could still be found in these single images even if they were by themselves. One of Molnar’s letters would still have meaning to it, even if it was by itself, but the group of letters have immense meaning as well.

Gradualism itself was a lot of fun to work with as it allowed me to think about the pieces I was working on and how I could change them. I spent way more time with these pieces than I would have otherwise.

I really enjoyed the aspect of making small changes in each iteration of the piece. I can’t quite figure out why it’s so pleasing to me, but watching a piece slowly change until it’s something quite different from the original is very nice to look at.

I also don’t think that processing, or any part of the machine that created the piece, governed the piece. I’m sure that there are programs out there that would create beautiful pieces on their own. However, it’s not the same as an artist sitting down and creating a piece themselves using the machine. An artist will sit down and decide what they want to do.

Sometimes the piece works out exactly like they planned it to, in which case I would say it is entirely governed by the artist. There are other times when the piece changes, the machine does something unexpected, but it is still the artist playing with different elements and deciding what to keep as a part of the piece. The machine certainly aids in the creation of some excellent pieces, but I would most definitely say that it is governed by the artist. 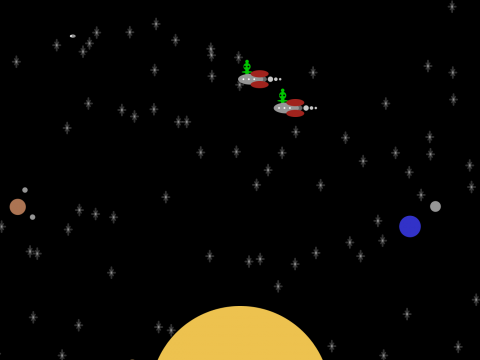 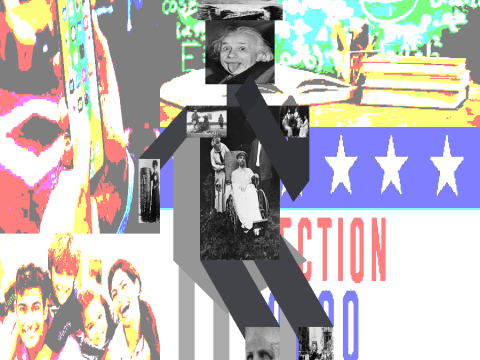 Art from Code: Focus on the Past Collage