When the assignment of creating a collage was assigned, I knew immediately that I wanted to use old photos as the basis of the collage. What resulted was slightly unexpected and I was unfortunately unable to get parts of it to work quite like I wanted them to.

My concept was to create a man, composed of old photographs, sitting deep in thought, while surrounded by images of the modern day. Initially, I was going to include many photographs, the idea being that the man is constantly focused on the past while the world goes on around him. The photos of the past were all black and white photos, while the photos representing the present were in color, creating contrast between the two.

Once I started working, as is common with these projects, I discovered that this was going to be a lot harder that I had imagined. I started by using gray blocks to build the man (see the photo to the above). After a bit of finagling to get the proportions correct and everything placed correctly, this part ended up being fairly easy.

Beginning to place the photos was when the difficulty increased. I ended up being unable to place the photographs diagonally along the arm and leg pieces like I had planned and instead left those blank. Trying to use the values of Pi to change the angles was very confusing and moved the images around the screen in ways that didn’t make sense to me. Once I figured out what was happening (because at first when I would rotate the pieces, they would completely disappear and get sent way off the screen), it would have taken many more hours of finagling to fix. Ultimately, however, I was happy with how the images ended up fitting into the man, though I wish I could have gotten it to work.

Something I also didn’t see coming, which ended up being an extremely good thing, was what happened with the background images.  The original idea was to try and make the color images transparent or blur them somehow to make sure the attention is on the black and white pictures, reflecting the man’s thoughts. As you can see in the photo, the images didn’t just become transparent, but the colors in the images changed, almost inverting, to create very bright, slightly distorted images, as you can see in the before and after shots here. The distortion of the images added to the idea a lot by showing that loss of focus on the present, and ended up being a better result than I could have imagined. It was a very frustrating process, but I am very happy with the end result.

I think this project is a great example of how much creativity is needed for these projects. Each and every project I have worked on in this class (perhaps excepting the very first copy a painting project) has required some creativity and I would definitely disagree with anyone who says that it doesn’t. That has absolutely been the best part of this class, coming up with cool ideas and trying to execute them. You start doing the code and usually end up with something unexpected.

You have to make a lot of creative decisions and come up with a lot of creative ideas to do one of these projects. Many of the creative decisions I have made while doing these projects, that have most heavily impacted the finished product, have been decisions regarding the color palette. I have to make sure the colors complement each other and aid in the purpose of the piece. I mentioned earlier that the color in some of the photos of my collage unexpectedly became inverted and slightly distorted. That ended up really adding to the piece and making it look a lot cooler. In other projects, I have had to pick colors and sometimes change them around to make sure they fit with each other. For example, I recently created an abstract clock with a color palette that was meant to reflect a pattern from the 80s. I had to change the colors around a few times to create an attractive palette that matched the theme I was going for (see the above picture).

I can confidently say that while working on my own projects and seeing the projects that my fellow classmates have done, that a lot of work goes into making these projects and it is far more than just pressing some buttons. Many of these projects take hours over days to work on. You need time to let the ideas come to fruition and give the project time, it’s not something you can just sit down and do in a few minutes.

With these projects, while you often need an idea to start with, they often take some sort of unexpected turn. This abstract clock was supposed to have plain orange triangles and hollow pink circles. The circles were to be made by using circular motion, but once the circle was complete, you wouldn’t be able to see the motion any more. Once I started working on it, I liked the way the motion looked, so I made it continue, by adding an outline/stroke to the circle. Now, no matter how long the program runs, you can continue to see the circular motion. That wasn’t something that I planned on, but once I started it became my favorite part of the piece.

These projects certainly made me think a lot more about color palettes and the way color goes together. I also think a lot more about the way elements of the piece interact with each other to create the final image. I can more easily figure out what will add to a piece and what might take away from it/be too much.

Often, when beginning these pieces, even now with the experience that I have, I expect it to be fairly seamless. Even though I expect for there to be some sort of issue, I often think it will be more straightforward that it ends up being. As time goes on, I start to expect it more, but I will admit to still being surprised when something changes/ends up different than I planned. Most of these are happy surprises that end up making the piece better. Often these projects mean jumping around to different parts and changing things and adding things to make the piece work and make it visually appealing. This process often isn’t straightforward and means being a little all over the place when creating the code, which is very different from the way I usually work on things. You expect things to be a linear, clear process, and this is not that.

That’s part of what makes it fun, is how unexpected it can be, and how your mind gets to be a little more free. You don’t have to start at the beginning and work your way to the end, you get to jump around and have fun with the piece you’re trying to create.

Too often, people will try to put down or underestimate things they don’t understand. Perhaps they think that because this medium does not spark their creativity, that must mean it sparks no one’s creativity. Maybe they think that their opinion is the only one that matters. In any case, I think these people could benefit from opening their minds and seeing the amount of creativity that can be found and can take place in this medium. Just in this class alone, with my fellow classmates, I have seen so much creativity and so many cool ideas that work really well with this medium. 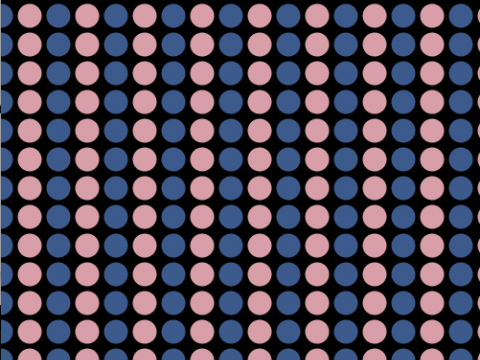