The word repetition dates back to Latin roots and by defintion, it means the action of repeating something that has already been done. Molnar’s practiced style of repeating is similar to a pyshcological idea Freud presented in 1914. Repetition Compulsion is the act of repeating a task over and over, even in ones dreams. The idea of repetition, in many ways, mirrors the idea of routine. Routine is something that formulates in our daily lives. Routine helps us stay on track. In truth, routine guides many of us entirely.

Time is the major focal point of routine. Time, as we know and use it, is generated by the sun. We all recently experienced daylight savings in October. This was a slight adjustment to our routine, an annual repeating act we all take part in. Of course, there are adjustments to routines, there are events that impact routine but largely, it’s repetitive practice. This practice is what Molnar observed in her mother’s letters. A routine practice of writing creating a style of her own typeface. The characters may adjust in orientation and size each time but only slightly. It is simply human nature.

Molnar observed this and saw qualities not everyone trains themselves to look for. Molnar has the eye of an artist. A quintessential part of art, the spectator, and the creator’s vision. Art itself is often devoid of tangible function. If you walk into the Tate and see a coffee mug on a plinth, you are not allowed to pour a drink and take a sip. The mug is a work of art, it has lost its function. Similarly, the repetitive typeface Molnar created with her writing now acts as a work of art. It is meant to be pondered and considered, not thoroughly read. That is the beauty of the artistic process. It is routinely mundane and yet contemplative. It makes you consider an act you would normally not consider. What the mug on the plinth meant to challenge the viewer on their health? Or cause them to consider where they get their coffee? Was Molnar exploring typeface or was she exploring the potential of her mother’s routine practice?

I’ve just argued that human nature is inherently routine, so why do people claim repetitive acts go against the true form of art? Art has many meanings, almost all entirely abstract. Among those many meanings, one of the truest forms of art is self-expression. So, is an expression only true if it is fleshly and originally human? Or can it evolve with our practices? If the routine is a constant in our modern lives, then repetition is a true form of artistic expression because it represents us. If computers are commonly used in our daily lives, how are they not part of our honest expression? Computers themselves are developed and manufactured by human rules, therefore they are a product of our expression, a part of our routine. Who is to say what is honest and true? Who is to challenge what art is, except the universal us?

It is my belief and understanding that repetition, as Molnar practiced and explored it through her mother’s handwriting, is one of the most honest forms of expression. A repeated line, a repeated word, a repeated image, a repeated color, a repeated idea is all art in one way or another. What makes it art is deeply rooted in the intention and the action itself. The action which forms routine, no matter how mundane, is apart of the artistic process, a process Molnar elegantly explored. 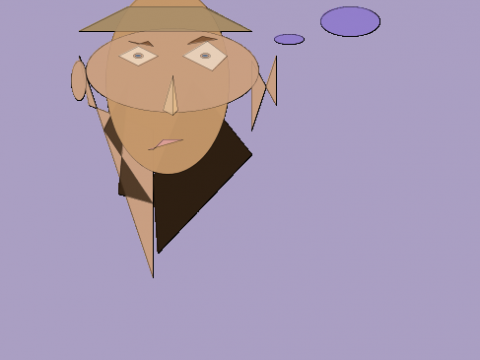 Art from Code: (a modern display of the brush) 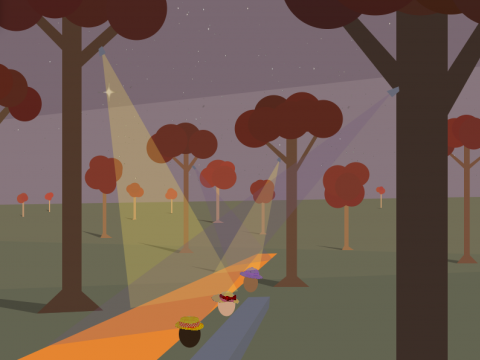 Art from Code: A Walk through the Woodway