After reading about Vera Molnar’s art making process of starting with a base code and then altering one aspect of the code (a variation of one parameter), I have come to view repetition in a new way. I’m realizing that Vera Molnar’s practice of gradualism is a very useful and perhaps even under-appreciated aspect of art-making. Although it may not seem so, there are aspects of repetition that are creative and lend themselves to meaning, as the artist becomes a lot more familiar with their piece and begins to understand what it is that changes the meaning of the work. Although a small variation may seem useless, it can very much so change the whole idea of an artwork, especially in art made from code.

Although some art historians have viewed repetitive gesture and motif as empty ideas devoid of thought or meaning in the past, I do think there is a meditative and creative side to repetition. By the artist spending time with their work and understanding how it changes physically as well as intellectually, the artist can begin to consciously manipulate and make meaningful decisions on how they would like the work to progress. By creating different iterations, therefore a series of images, the meaning changes to represent a sort of passage through time, or evolution of the piece through time. Of course, the meaning changes when one views each image as an independent one rather than as a series, however, it is the artist who makes the conscious decision of choosing those individual images that are strong enough and capable of standing on their own. In this sense, it is not a mindless gesture but one where only the artist (and not the computer) can turn an image into art. In terms of the iterations that I created as a response to Vera Molnar’s practice, I do believe that the entire effort was not governed by the machine and that there definitely is an artist present. After all, it was me who was making the decision and giving parameters to the machine on how to go about with the manipulation of the image. In the end, it is the artist who has the intellectual and creative vision of what certain combinations of colours, shapes, scale, etc. can do to impacts or move people, not the machine.

In terms of my understanding of repetition, I do think that there is a benefit of doing something over and over again. For one, by spending time with an idea or an image, one inevitably begins to understand it better and therefore can give it meaning (or change its meaning). Repetition through computational art, specifically, can really help to refine an idea and what is being represented in the work.The aspects of gradualism that speak the most to me are the evolution of an initial image. It is almost like watching a story unfold; it is a very close imitation of reality. I mean this in the sense that as individuals, we evolve little by little, gradually, not at all suddenly. Gradualism in a series of artworks is a microcosm of the gradualism that an artist will experience with the passing of the time, the acquisition of knowledge and the maturation of ideas and aesthetic principles. 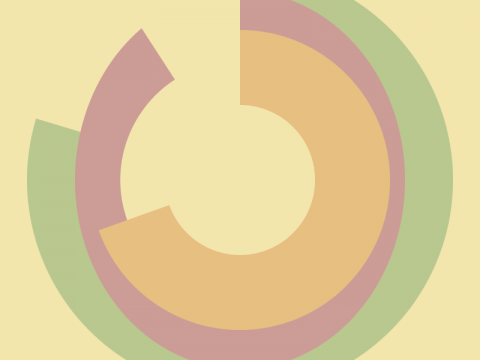 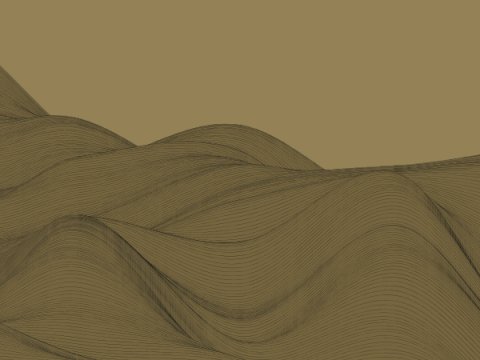 Art From Code: A Noisy Meditation