My previous article (Art from Code: Time, Space, and Spacetime), analyzed the heavily debated question: is computational art really art? If we dig deeper into the debate between computer generated art and conventional art, we’ll find the more nuanced argument concerning the use of repetitions within computational art: how does it aid an artist’s meaning?

Before breaking down this debate, it would be helpful to define repetition for our purposes. Traditionally, repetition is a reoccurrence of an action, event, or thing. Within art, this often evolves into a pattern or patterns. The human eye is inherently drawn to patterns because of their heavy use of repetition. This can be described by the audience as soothing or familiar. The ‘familiar’ piece comes into play as the ”thing” creating the ultimate pattern is displayed over and over: repetition. With more repetition and pattern displayed (usually decided by the size of the artist medium), this can create a familial sense of comfort in the mind — or quite the opposite!

Repetition lies on a spectrum; from a complete pattern to randomness. If the human eye is so in tune to the comfort of patterns, then a break in this repetition can create extreme tension. Depending on the artist’s desired meaning, this can a powerful tool to convey a particular feeling or emotion to the audience.

Gradualism — moderate and measured change — can act as a middle ground between a perfect pattern and a tense break in the pattern. Vera Molnar, an infamous computational artist, can be known as the god mother of gradualism. She often used this technique to attract a wide variety of audiences with her impeccable art work.

Gradualism can take place within two different perspectives: within one plane of a gradually changing pattern, or within multiple planes of various patterns that display gradual change on each plane. Molnar’s (Dés) Ordres is an example of gradual change within one plane. It is a pattern no doubt (repetition of each cell), yet each cell is slightly different from its neighbors. I find this much more visually stimulating to the eye than a perfectly plain pattern. Molnar also depicts the latter version of gradualism with grace as well. In the article “My mother’s letters: simulation by computer,” Molnar practices gradualism by slightly tweaking her code for each individual sketch. In attempt to artistically represent of mother’s uniquely beautiful handwriting in one stroke, she saves each draft of her sketches. This creates a series of sketches that look quite similar, yet with a careful eye, one can find nuanced differences between each frame. Together, the frames work together to produce a gradually changing pattern.

Computers and repetition go beautifully hand in hand. Tell the code to do one action once, and then over and over, and it will gladly run in loops. You will also love it; computational loops are fast and relatively easy to make pattern generating a breeze. Rather than creating the individual piece, and then manually doing it again and again, the code can create the pattern for you. Repetition and patterns (and gradualism!) in computational art are virtually limitless when combined with an artist’s creative intuition.

Of course it wouldn’t be a true opinion essay if I didn’t include my own perspective, thus I give you: my artistic take on Molnar’s gradualism! Starting with one simple, original geometric computational sketch, I made my way to a series of five different sketches while following one rule: change one thing in my code per iteration, and only one thing at a time. This could pertain to any aspect of the code, from adding or subtracting color, position, shape, modifications, etc. I was fairly satisfied with my final product below.

I truly never expected such a small, singular change in the code to create a such a large change from one sketch to another. It’s exciting to see how much power the code holds — how much artistic capability and capacity I ultimately have control over (or lack of control)!

Repetition and gradualism are just as fair artistic techniques as any others, inside and outside of the computational art realm. No matter how complex or how long the skill requires to produce the art, it’s all art! Each stroke, skill, layer, edit, or technique has some degree of intentionality to it, thus rendering it meaningful to the artist and audience in some desired form. Art is just art! 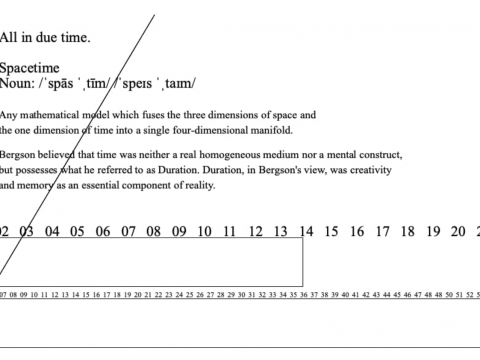 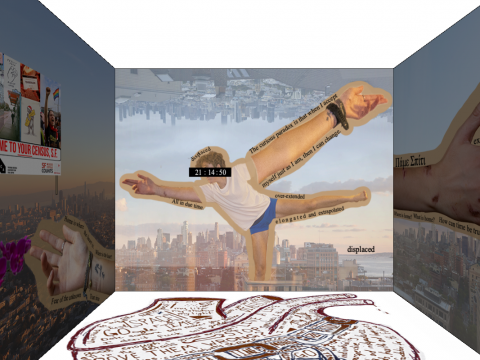