For my conference project, I wanted to create an interactive comic book based on the manga I brought with me to college. At first, I wasn’t sure what I wanted my comic book to be about. I had the opportunity to create an entire story with characters and plot or even recreate a personal narrative from high school. However, I wanted to make this comic book personal to me to look back on five, ten, or even fifteen years later as a college freshmen living through a global pandemic. To help me develop further on this idea, I was reminded of an artist presentation I did in Art From Code.

My comic book style is inspired by the works of an animator named Sean Charmatz. Sean Charmatz, born August 28, 1980, is a former Spongebob Squarepants storyboard director, writer, and artist. He no longer works for Spongebob confirmed as of 2012 from his personal blog and moved on to work at DreamWorks. Charmatz has worked on animated movies and TV shows besides Spongebob Squarepants including Catscratch (2005-2007), The Mighty B! (2008), Sanjay and Craig (2013), Penguins of Madagascar (2014), Trolls (2016), Pinky Malinky (2019), etc. In his youth, “Garfield” cartoons, Farside comics, Beavis and Butthead, Calvin and Hobbes, and Ren and Stimpy kickstarted his love for cartooning. Charmatz is currently working in TV and feature animation professionally and making his own work outside of the corporate entertainment world.

On the side, Charmatz runs his Instagram and YouTube account containing personal projects. His work consists of various faces and expressions drawn on random everyday objects, ultimately bringing them to life in the process. His work is so simple, yet has so much character and meaning behind it. To most people, his work is just seeing a few simple lines on a photograph; however, Charmatz uses such simple techniques to bring out so much life for every piece. Every creation he posts on his Instagram, animated clips or experimental images, makes me feel like I am in the moment with the subject.

Most of the time we just see everyday objects as just those inanimate things that take up space in our environment. For this project, I wanted to veer away from that mindset and see what kind of personalities and life inanimate objects have. The eight objects I brought to life consisted of my phone, planner, my favorite book (a Hayao Miyazaki memoir), my Taekwondo uniform, a brush eyeliner pen, water bottle, Procreate, and my sketchbook.

In order to execute my idea, I wanted to combine code with digital drawing. I love to draw both traditionally and digitally in my spare time, so this project was the perfect opportunity to show my abilities as both a computational artist and digital artist. To create the faces on my panels, I used my go-to digital drawing software, Procreate. Using this software, I drew on approximately 50 photos and sorted out which panels best fit together in telling a story of an object’s function and purpose during my time in quarantine. From there, I exported the photos onto my laptop and imported them into GIMP. I used GIMP to format and organize all of my panels for my comic book as well as format my front and back covers. Once the formatting was complete, I used Processing to code each page to turn with a designated key. Each page uses a different number on the number row on keyboard: key 1 is the cover page, keys 2-9 are the comic pages, and key 0 is the back cover page.

Overall, I had a great experience combining two drastically different art mediums. Although we are currently living in these unprecedented times, one thing is for certain: there is always good that comes from the bad. If we are able to channel our energy into something creative and meaningful, we can keep it to serve as a reminder of what we persevered through in order to get where we are in the near future. 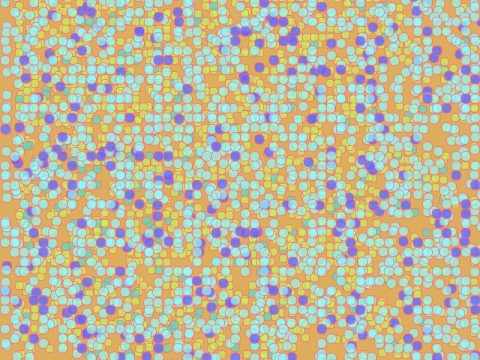 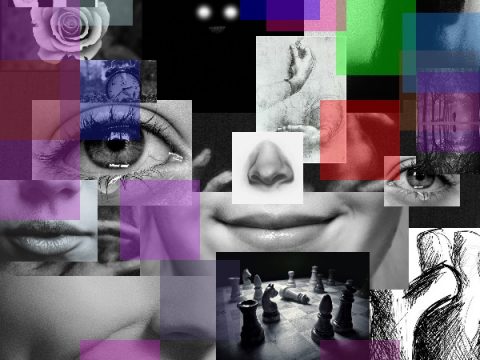