The assignment to “find evidence” began as most things in life probably do; confusion. Rather than finding a specific process to try and complete this task, I instead searched for meaning in the topic itself. Assuming I would need to use the evidence I gathered for something bigger, I started by trying to find a big idea to gather evidence about. Unfortunately, I didn’t find much else.

I’ve always loved taking photos of the world around me-trying to preserve the beauty of a single moment for all to see. It seems so often that we just walk on by, never even noticing the smaller things in life so a photograph seems like the perfect instrument to bring that joy to the people instead. That particular sentiment wasn’t exactly the idea I had found evidence for with these pictures here, but it’s ironic in a way. The idea I was trying to convey became lost in the images themselves, unclear to anyone looking at them collectively. In drawing so much attention to the natural beauty the photos contain, I’d distracted from the point of the project.

In the attempt to find the first physical form this evidence would inhabit, clarity was first and foremost on my mind. The process for imbuing such a seemingly random assortment of pictures with clarity turned out to be an entirely different task than I expected. In the end, I built the evidence’s physical form like an engineer would build a machine or a priest would lay out a shrine. It followed a certain logical balance born of the original idea and every element of it had a specific place it needed to lie in order to preserve that balance. Working forwards from the blueprints of already knowing the idea, the whole construction made an esoteric sort of sense. Without that foreknowledge though, its meaning became a bit more difficult to track.

Once again the form superseded the concept as this construction was clearly an orderly shrine or something like it, but what it was built for was still uncertain. For the next form, not only would emphasis have to be taken away from the form itself and more onto what it contained, but as per the assignment itself, the idea it communicated would also have to change a bit. I kept the elements of the project the same throughout, but their configuration for this next step had to be something at once more familiar to the viewer and jarring enough to provoke thought. The result? What I like to call the Globerman as it stood its silent vigil as my only companion at the time.

In the process of these many iterations on the evidence taking form, a few new elements were added to the assignment. A change in focus, for instance, in which smaller elements of the evidence had to be brought to the center, and the addition of a certain pre-existing frame of reference to an otherwise amorphous object. As these conditions added up, the project became more and more defined making it, as some points, became almost unrecognizable from what had once been an assignment defined only by the words “find evidence.” The various forms the project went through helped with this transition as well, since not only were the same types of elements used in each stage, I employed the exact same objects every time. The journey they went through and the narrative that formed around their transformations added a depth to the experience that I never expected when the project first began. For objects with such meaning attached to them, both intended and organic, what better frame of reference to attach to them than the condition of humanity itself? 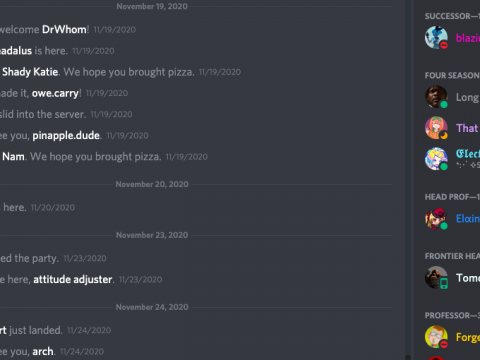 Conceptual Art: We Could Be Anyone