The light and the dark talk playfully with each other.

DESCRIBE YOUR MOTIVATION IN CREATING THESE OBJECTS:

A lot of my motivation came from wanting to create unfamiliar patterns out of familiar materials, both physical and digital. I think there is a lot of beauty in forms that suggest an alternate reality, that may have elements of recognizable forms and familiar patterns but are mostly alien and unfamiliar. I wanted to explore the limits of the scanner and see what sort of mysterious forms it can make.

The process behind these pieces came from trying to manipulate the scanner and take control over the output of the machine. Scanners are mostly predictable machines, and I was trying to create some element of unpredictability. I used a lot of motion over the scanner for these pieces, dabbing and waving different objects and forms over the scan head as the scanner would move over the glass surface. Some of the lighter, brighter forms came from a light being moved across the surface with a black background held above the frame, and some of the darker forms are from softer black objects moving across the surface with the white ceiling of the room in the background. I think that the photo/document scanners that we used are the perfect medium for experimentation with form and pattern and out of all the Drawing Machines that we used and explored I think I most enjoyed using the scanners as well as the body of work that I produced from them.

WHAT DO THESE PROJECTS MEAN TO YOU?

With the scanner pieces, my relationship to them is unique since I did have partial control over the end result, but really would have no idea what the scan looked like until the image file popped up on my computer. I think it is especially interesting to take the pieces that one chooses to keep from a scanning session and compare them to the pieces that one doesn’t like as much. Using the scanner in a way makes you reckon with the role that you play as the artist versus the role that the machine plays in influencing the work. 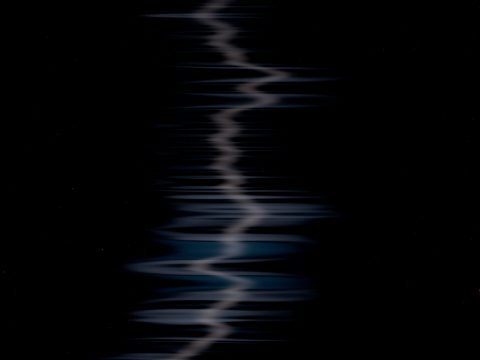 Drawing Machines: What Can We Find on a Night Walk in the Woods?