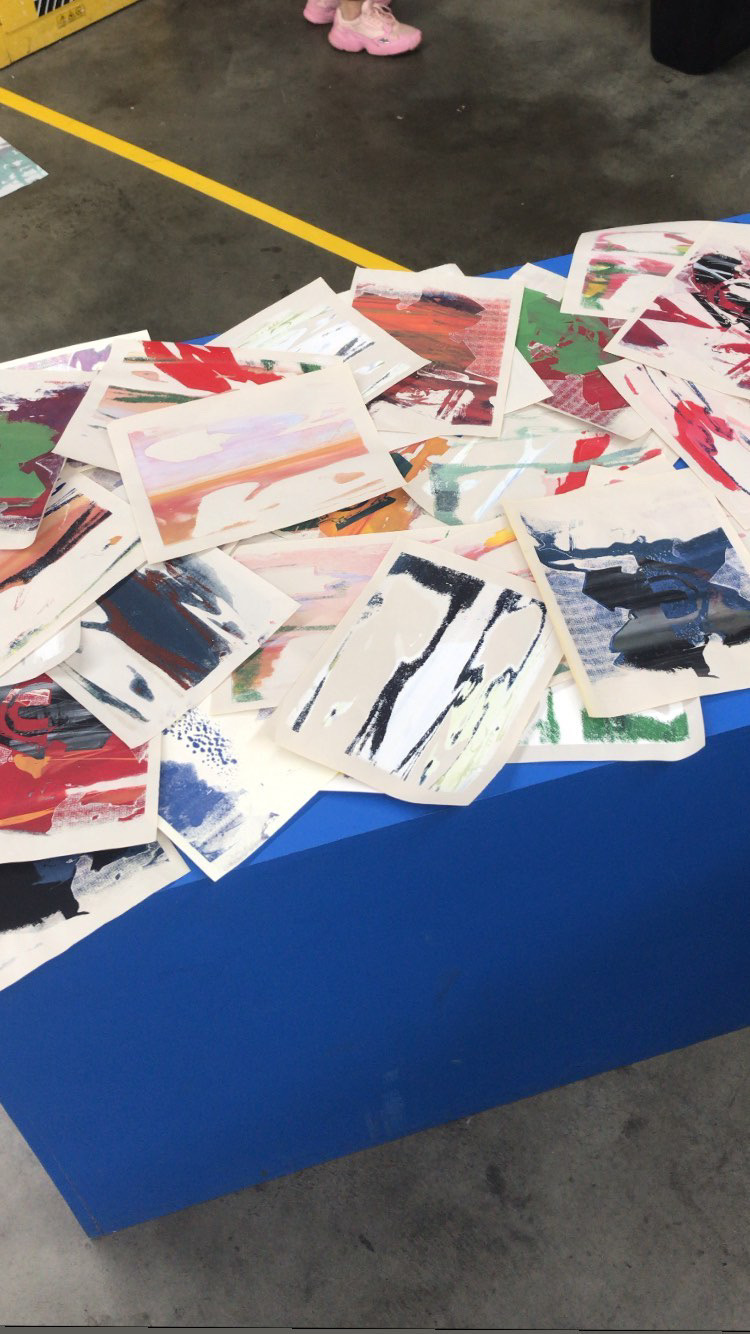 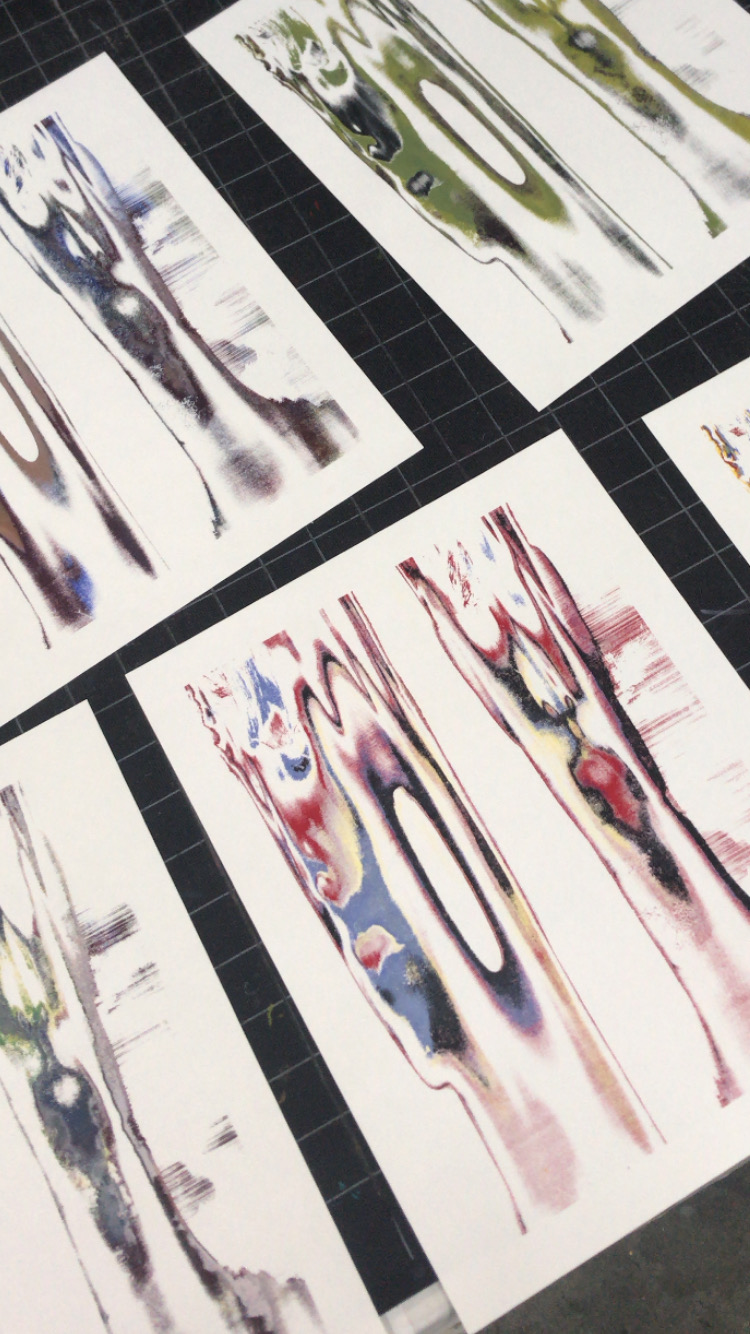 Ambigua is a collection of prints which involves multiple layers of machine. The process and meaning are entirely intertwined, and although I had somewhat of an intention with what I wanted to communicate with these pieces, it sort of developed alongside the production of them.

To create this collection, I first started with 3 digital scans, which were heavily processed with a color curve. Two of these scans can be seen in my previous post (“fishbowl I” and “fishbowl II”), which were created by running the scanner across my face and my friend Olivia’s face. In the third scan, the subject is a stage light and plastic film—ironically enough, the plastic film which the scanner had been wrapped in when I took it out of its box. These scans were then separated into layers in photoshop with a simple threshold tool, which were printed onto acetate plastic in order to be used as stencils in the screen printing process. They were then exposed onto the silkscreens, which is where another machine, the UV light exposure unit, was used. Finally, using acrylic ink and a squeegee, I created the prints that you see here. The process varied from series to series, and the level of care and precision which I took varied as well; I wanted aspects of the analog processes to shine through just as much as the digital ones.

These prints can be experienced individually, but I much preferred the thought of a group of works which work together as a whole. Although these prints required much time and care, I did not want the collection to be an inaccessible one or have any air of pretentiousness; much like the process which had human involvement at every step of the way, the presentation was no different. Viewers could shuffle through and interact with the prints, which were piled together on a pedestal. The meaning behind these works is not dissimilar to the meaning behind the original scans; the highest priority here was distorting form, both human and bionic, and dealing with the many associations that occurred as a result of that. The original scans already distorted form to such a degree that in these final prints, it was almost impossible to tell that they represented human subjects. Hyper presence of color was also an aspect which I wanted to shine through, although this was not justified by much other than aesthetics and increased accessibility for the viewer. 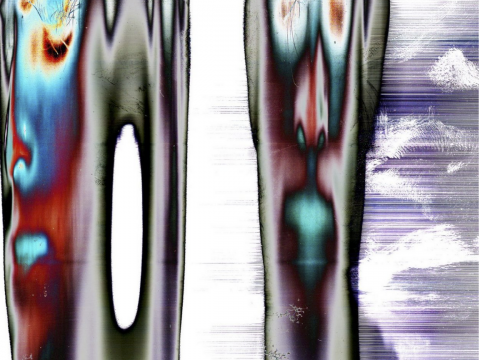