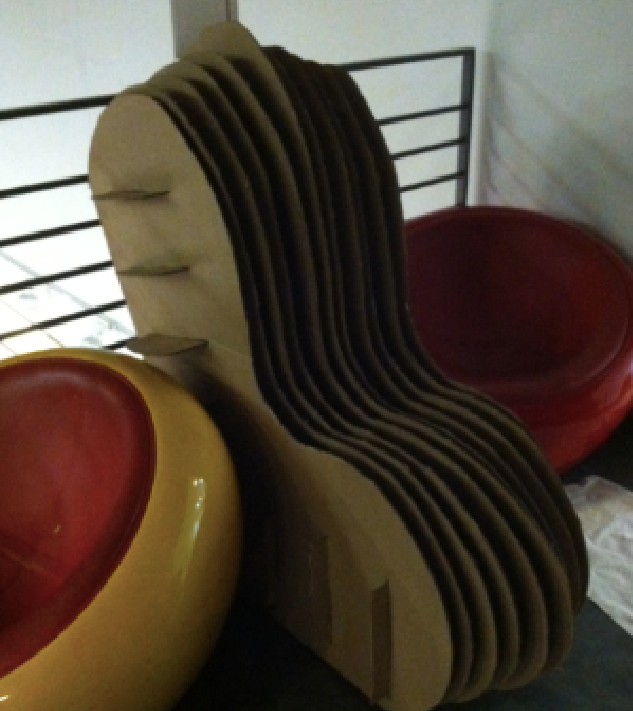 When I was asked what I wished to do differently in Heimbold, my answer was “sit.” This made sense at the time because Heimbold is special to me, but, as we’ve mentioned in class a million times, Heimbold is not an ideal place to study. It was not made for that. And when I create my own studying atmosphere, my chair is always the star of the show, so I decided to make my own.

I had a few objectives. I wanted to create a comfortable chair because I wanted to hone in on the notion of comfort. This is because I am often considering my own level of legitimate comfortability.

As new media transform the “home” (or in this case.. our college campus) into both the site of compensated work and the point of purchase for domestic consumables, our dwellings are increasingly converted into battlefields of the struggle between leisure and work and of the relationship of comfort to space.

Comfort is surely going through a crisis of authenticity based on both commodification and simulation.If the Aeron can be replaced by an electrode in the brain, and if our favorite comfort foods can be replaced by a pill, something is put at radical risk.
Undoubtedly, there’s a politics here and, like any politics, this one boils down to control. Comfort represents a kind of utopia, an ideal, a reasonable place to be human. And as we increasingly become puppets to the corporate priests of pleasure and relaxation down at “Comfort Central,” we surrender a few more of our rights to be human to the industrial strength of global culture, to the cadre of usurpers who seek to make our choices for us.
The risk is that comfort may become an absolute, simplified to a single standard by the power of mass acculturation. How long will we rest having all our comforts dictated, if not by Mao then by Martha Stewart?

Throughout time, man has been driven to understand and actively negotiate individual existence in relation to the larger environment. Today, we are faced with a dynamic shift brought on by the onslaught of new information technologies and the virtual revolution. Information is available on an astonishing scale and (virtual) access to people and places from all corners of the globe is at our fingertips. The internet has reduced the physical reality of the world to a confusing conglomeration of digital postcards and fanciful web pages, and the speed afforded by technology in the 21st century propels us increasingly faster through our environments. Advances in computer technology have at once connoted the world as never before and fragmented our physical experience of our environments, complicating fixed notions of reality.

These are some ideas that I am considering all the time, so I boiled it down to hone in on particular element of comfort. A physical object that, if done right, yields undeniable human comfort and contentedness. A chair.

I wanted to go back to basics with this – considering every idea mentioned above – I wanted to know what it would be like to craft a physical manifestation of what comfort means (to me.)
Naturally, I also considered aesthetic. I dislike the way the red and yellow chairs look in Heimbold’s lobby, so I wanted my chair to look more natural as a way of recontextualizing the space. For this reason, I decided to use cardboard — but clearly, I had no idea what I was getting myself into.

This was my first plan: 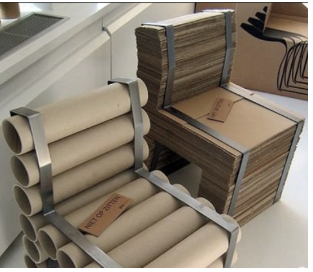 I collected 75 boxes from Stop and Shop, which Heimbold’s cleaning service promptly discarded. Luckily, I then came into 12 large pieces of reinforced cardboard, so I came up with a new plan. This: 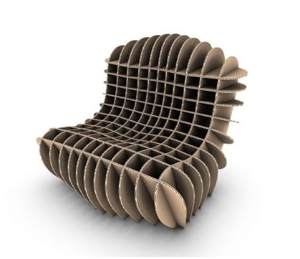 This plan seemed great, everything was going fine. Cutting the cardboard out with the Exacto knife seemed like the most time-consuming part. I was up all night but had no anxieties.
Then, at 6 am the morning it was due, it became clear to me that my cardboard was not strong enough to hold up this design.
I tried EVERYTHING to make it work, but it wasn’t going to happen. So suddenly it was 10 am, I had 11 pieces of oddly shaped cardboard, I was working in a room that I was not allowed to be in, I had been working for twenty hours, and I was nowhere. I needed to come up with a new plan but I had no idea how to go about it.

So I abandoned all ideas of form and just focused on function because I needed to have something to show at 3:30 pm.

I focused on somehow attaching these 11 oddly-shaped pieces of cardboard. So I cut out 10 long pieces from my remaining scraps of cardboard, (I was almost out of materials at that point), and I cut 10 identical slits in each of my 11 original pieces. I focused on the measurements and spent hours weaving the rectangular pieces through my design. At 3:15 I was yelled at for taking over the drawing studio without permission and accidentally ruining a crucial still-life (my bad). At that point, I had been awake for 30 hours and had had no food or coffee. I think I was actually shaking when John O’Connor chastised me, which is strange because I am usually very good at getting scolded.

The piece was not presentable until 3:40 pm, and it was finished by 6:30 pm that evening.

What I ended up creating was a functional chair (I can sit in it) that took me 40 hours to craft (AND THIS IS WHAT I HAVE TO SHOW FOR IT?!), but it accomplished none of my original objectives.

It has the most bizarre aesthetic I have ever seen, and it is anything but comfortable. 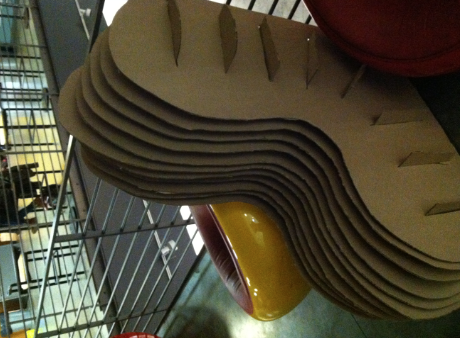 So I did not accomplish what I set out to do, but in a way, I did carry out a derive, and I did reframe the situation.

Also, I did recontextualize the space. Now among Heimbold’s odd, bubble-like red and yellow chairs, there is a strangely shaped DIY cardboard thing that people stare at. And I created it using only cardboard, a ruler, and an Exacto knife.

So it’s over. I reframed the space and I crafted a thing for the first time in my life. I did not succeed in my own eyes but I feel oddly satisfied so I am going to take this feeling and run. It has been a pleasure working with you, remixers! 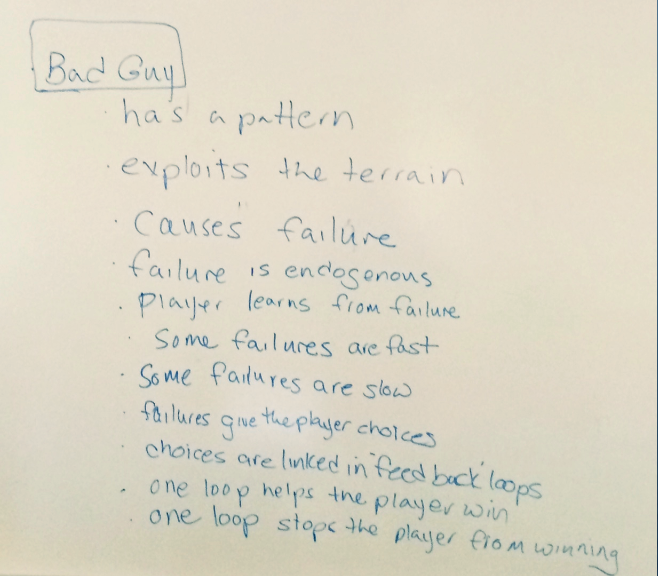 Remix the City: Comment — Formulary for a New Urbanism 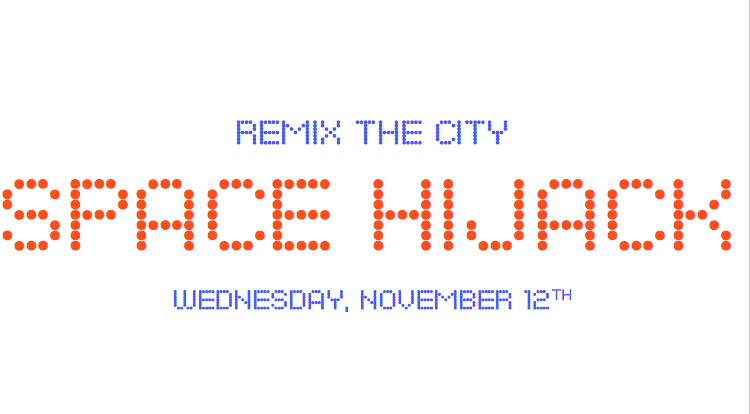