This year I am taking Malcolm Turvey’s History of Film Art, and it has deeply influenced the way that I conceptualize the role of film in my life and society at large. As the course has progressed I have become fascinated with the imagined spatiality of film. I am curious about perceptions of real and imagined space within cinema. Obviously film, like photography film is sourced from a real image which has tangible, concrete space. However, through the medium of film it is reconstituted into imagined space, and it is only at this point which the viewer comes into contact with it.

I find this phenomenon to be fascinating, as it calls into question how we use ideas of space to constitute our understanding of reality. Films as compressed, but active representations of space suggest to the viewer a ‘partial-reality’ in which space should be understood and felt, but not navigated, as it is understood that the space represented on the screen is one dimensional in its concrete form.

This interesting dynamic led me to my conference project which was ‘mapping the cartography of film’. I used my system of automatic drawing to record a linear topography of visually experienced space in four films. I felt that it was very important that there be a direct energetic flow from my visual experience of the film to paper, this is why I chose automatic drawing as my method of interpretation instead of something more exact and reflective. For this reason the maps I made do not serve as accurate documents that correspond to specific representations of space, but rather recordings made in real time of my visual/physical experience of the imagined spaces presented to me in these films. For this reason I think that the maps I created perfectly exemplify this experience, in this mode of thought I suppose that I should re-name them, ‘maps of visual experience of cinematic topography’.

Something that kept surfacing in my thought process throughout this project was the idea of light. I wanted to understand if light even mattered in this vein of thought, and if so where its place lay in this form of mapping. In thinking about this I came to the idea of attempting to re-animate these maps through the usage of light as a mode of creating a doubly abstracted concept of the original space recorded in the film. For my map of Wong-Kar Wei’s In the Mood for Love I used an exacto blade to remove all of the negative space from around the lines that I had recorded. I then placed it over a light box in order to re-animate, or add spatiality to the map. Space can only be understood visually  through light, so I thought that this was an important connection to make. 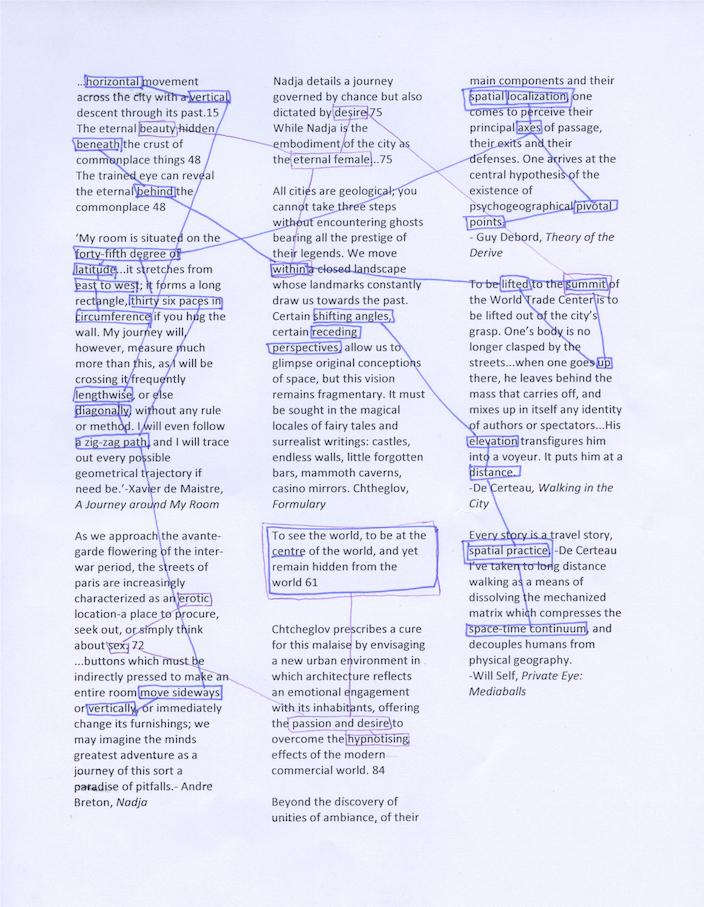 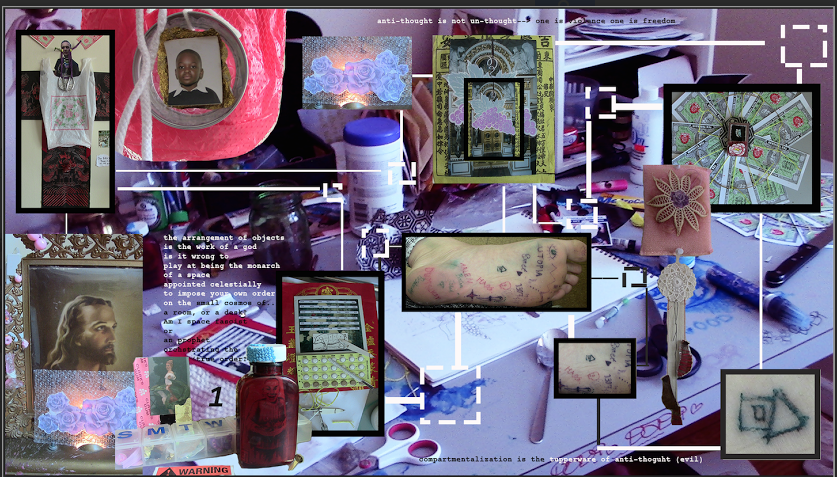 Mapping the Invisible: Self-Portrait — A Map of Mapping My Creative Process 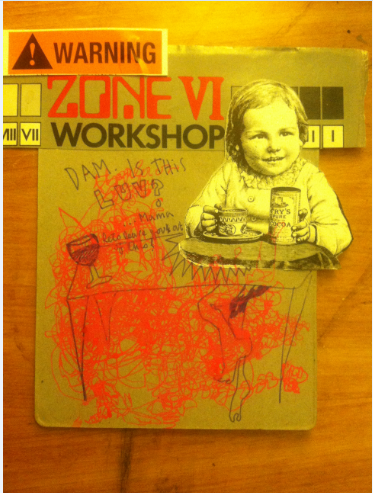