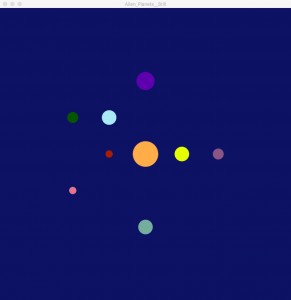 For my second project I want to create an alien solar system. So far I have sketched out what I want and am trying to figure out how I want it to be made interactive. I started with building a still version of the alien solar system. Currently I have also built a version of the solar system using multiple transforms. I want to experiment with creating patterns for the planets. I would like to generate a new planet every time that the user clicks their mouse. I think this project has the potential to create a magic circle because the rotation of the solar system is mesmerizing and the ability to create new planets will keep the user interested. 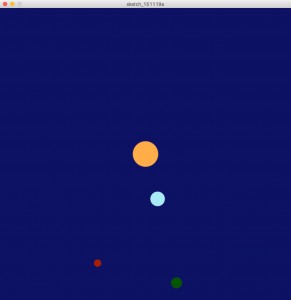 Unfortunately, I have been having some problems with the code. The planets are not showing up where I want them to and they are quickly rotating off of the screen. I also cannot figure out how to get my interaction to work. There is code to create something when you click down, but what you create doesn’t remain after you stop holding the mouse down. 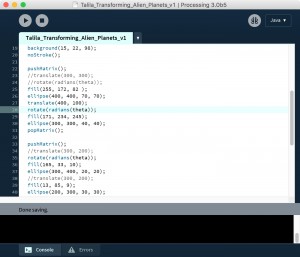